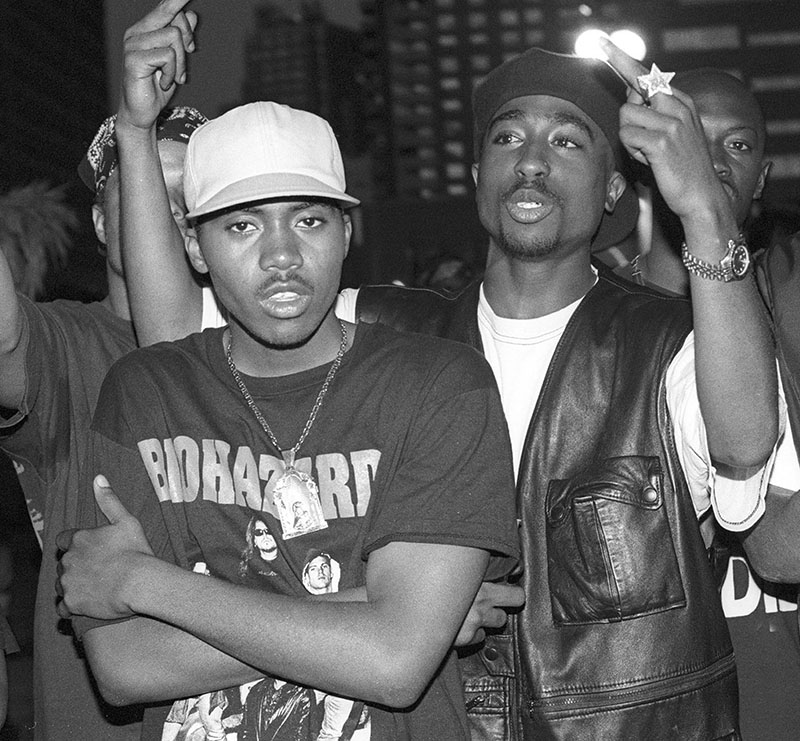 Snoop posted a video asking how a photographer can sue Nas for a photo he's in. The B&W photo above, taken by old skool photog Al Pereira, shows Nas posing with Tupac at a NYC nightclub in 1993.

According to The Source, Pereira sued Nas for copyright violation for posting the photo on his social media page in 2020.

Nas is the latest celebrity to be sued for posting their own photos on their social media pages.

Actress Sofia Vergara was ordered to Pay $750 after a photographer sued her for posting a photo he took of her on her Instagram page. Vergara defaulted because she never responded to the lawsuit.

In 2017, Pereira sued Kylie and Kendall Jenner for posting photos he took of Tupac and The Notorious B.I.G. after they attempted to use the photos as part of a clothing line.