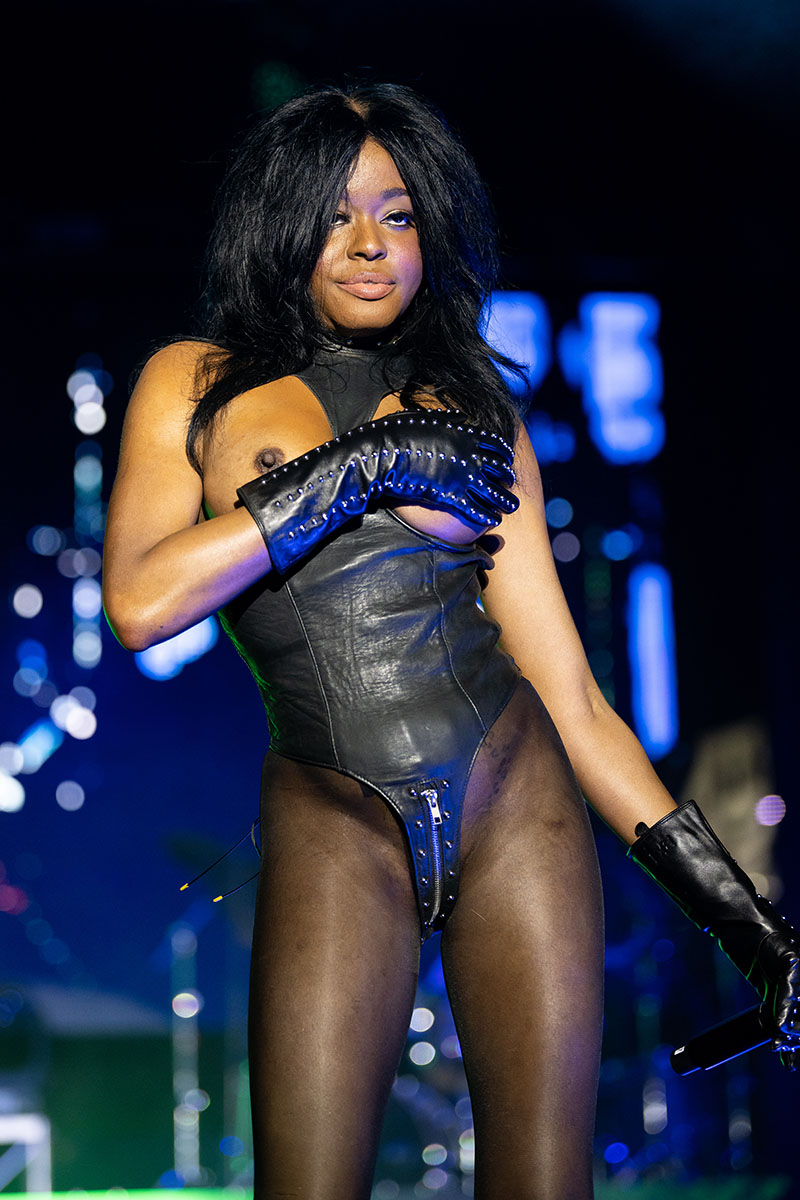 Banks cut her set short after showing up two hours late. She performed a few songs, before complaining about being there. "I'm really not happy to be here" and "I really don't wanna f--king be here."

Before she threw the mic and walked off, AB explains to the crowd that’s she’s been “fucked with” by the Wynwood Pride event organizers. The crowd wasn’t having it, and was clearly frustrated with her showing up 2 + hrs late for her set — among other things. pic.twitter.com/INZmLJJuT0

The organizers cut off her mic as she directed her complaints toward them. Banks tossed her mic into the crowd when the audience started booing and cussing at her.

She turned and gave her fans two middle fingers - which only made them madder. One person threw a drink at her as she departed, and the crowd roared their approval.

After arriving hours late to perform at Wynwood Pride, headliner Azealia Banks stops performing during her set. The crowd is upset and leaving. pic.twitter.com/CdFSDeVipx

In a series of tweets afterwards, Banks complained that organizers failed to comply with her request not to use dry ice to create billowing clouds of fog onstage.

"Wynwood Pride was way too ghetto. I had to bounce. Every tech rider in Azealia Banks' history of live performance specifically states – no dry ice as I am EXTREMELY allergic to it. Photos will show massive clouds of dry ice which began to make me lightheaded to a point I could barely stand."

"I literally have a text message from the promoter assuring me that there would be no dry ice implemented in my performance – yet, Still came on stage to clouds of dry ice. I've performed Coachella twice and had that simple request honored."

Banks also claimed she was originally scheduled to hit the stage at 10 p.m., which was her excuse for showing up at 3 a.m., according to TMZ.

Yall really gonna believe her when ppl were there

How this woman have fans yet?

If you appreciate this rare weekend post, consider donating below.

Comedienne Luenell is appealing to her fans to stop hugging and kissing her at comedy shows, because she is allergic to nearly everything under the sun - particularly cheap "low grade" perfume.