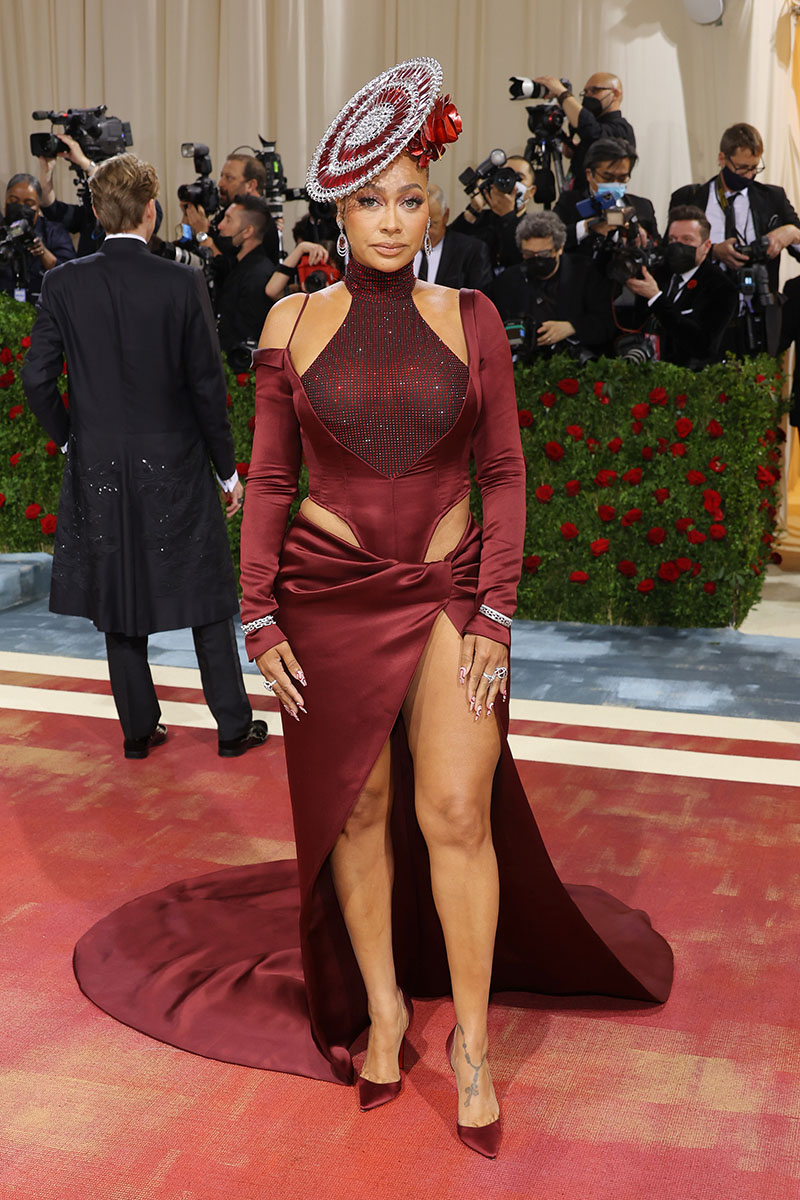 The 2022 MET Gala started at 6 p.m. and already Twitter users are griping about the underwhelming fashions. Watch the Met Gala Live below. 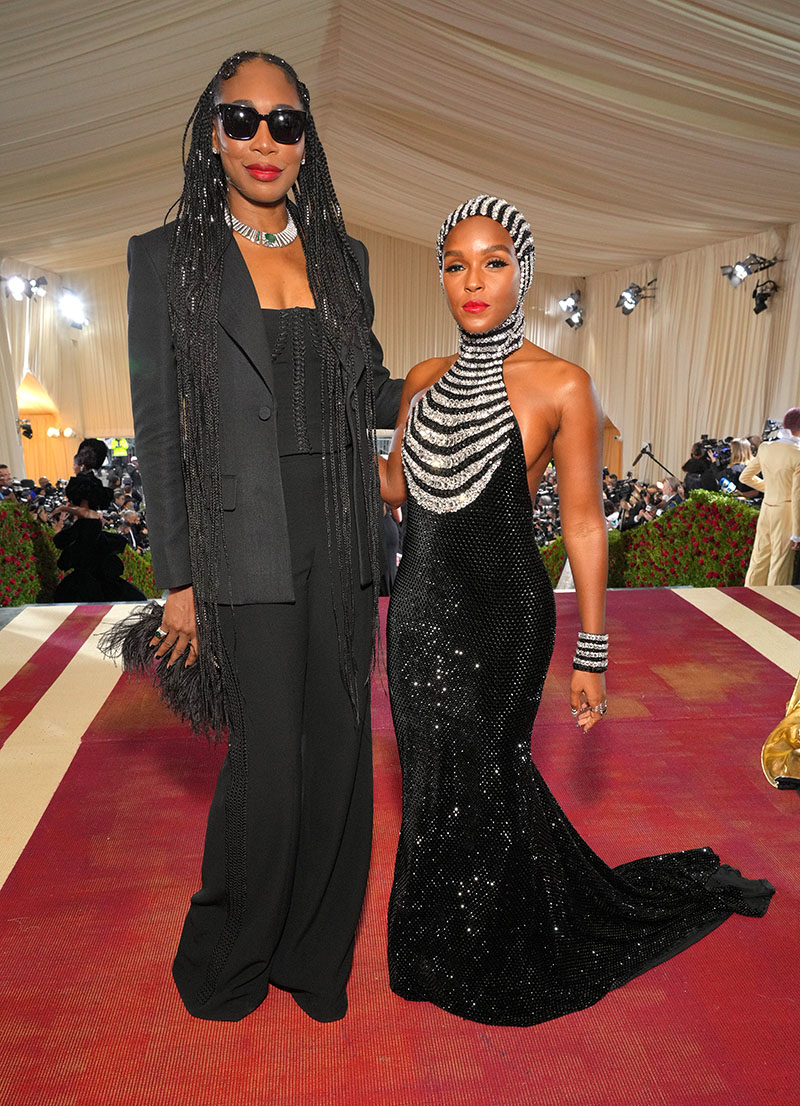 The complaints are already pouring in online as celebrities such as co-host La La Anthony (top), Venus Williams, left, and Janelle Monáe (right) failed to impress the Twitter fashionistas.

La La was adorned in a cut-out gown by designer LaQuan Smith and David Yurman jewelry.

"#LaLaAnthony in #LaQuanSmith just looks tacky. She's another host who completely ignored the theme. And I still have no clue as to why she is a host. #MetGala2022."

Normally there are a number of great looks. Not tonight. You cannot tell me La La Anthony isn't embarrassing in that outfit. It's horrendous.

La La is a TV personality and former DJ, best known as an MTV VJ on Total Request Live. She was asked whether her burgundy gown was on theme. She responded, "I think it's on theme, but it still feels like me."

Invited guests were asked to make a fashion statement in keeping with the theme "In America: An Anthology of Fashion: Gilded Glamour and White Tie."

The term "Gilded Age" was coined by author Mark Twain in a novel in the 1800s. It means an embarrassment of riches and excessive materialism.

Vogue editor in chief Anna Wintour was criticized for being "out of touch" with the times. As many Americans struggle with rising inflation, high rent, high food, and high gas, Wintour celebrates smug opulence.

Gilded glamour at a time of war, let them eat cake

The Met gala this year is going to piss off people. The theme being gilded glamour??? And with everything going on this year yeah people will be mad lol https://t.co/6RUYzGG75U

La La Anthony and Venessa Hudgens??? Guess we all could’ve gone to the #MetGala. ????? 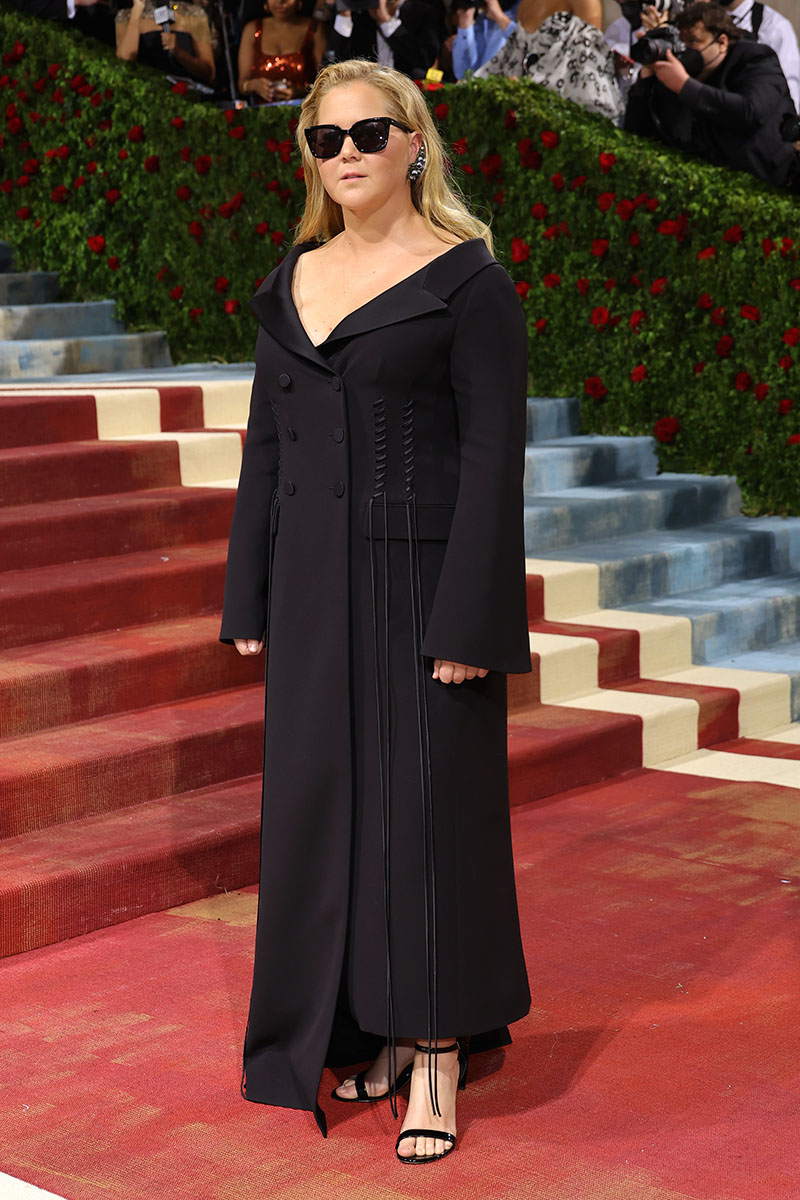 Why is Amy Schumer a mood...

"What does gilded glamour mean to you" - La La Anthony 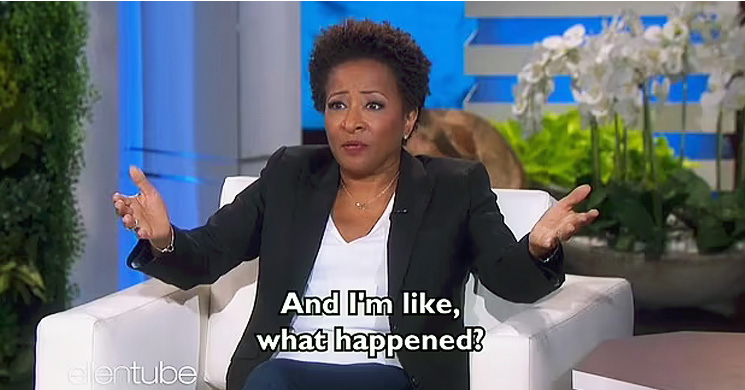 Oscars co-host Wanda Sykes criticized the Academy of Motion Picture Arts and Sciences for allowing Will Smith to stay in the theater after slapping presenter Chris Rock.

"It was sickening. I felt physically ill and I'm still a little traumatized by it," Sykes said during an appearance on "The Ellen DeGeneres Show" on Wednesday.

Sykes, 58, slammed the Academy for ignoring its own code of conduct after Smith, 53, walked onstage and slapped Rock, 57, for joking about Jada Pinkett Smith's hair loss.

When Smith returned to his seat, he yelled, "Keep my wife's name out your f---ing mouth." Smith then repeated the profanity as the entire theater sat in stunned silence. 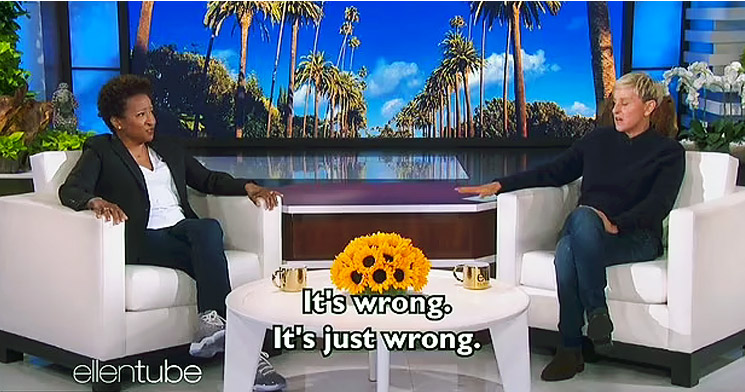 Sykes, who watched The Slap on a monitor backstage, said it made her sick and she was shocked when Smith was allowed to stay in the theater to accept his Oscar and enjoy the rest of the show.

Insiders say Smith knew he had nothing to lose when he walked onstage to assault Rock because he was informed in advance that he'd won his first-ever Oscar.

Sykes said Smith should have been removed from the building by security immediately after he slapped Rock.

"For them to let him stay in that room and enjoy the rest of the show and accept his award... I was like, 'How gross is this?'"

The comedienne said the Academy's non-action sent the wrong message.

"This is just the wrong message. You assault somebody, you get escorted out of the building, and that's it. But for them to let him continue, I thought it was gross. I wanted to be able run out after he won and say, 'Unfortunately, Will couldn't be here tonight.'"

Smith issued a public apology to Rock on Instagram 24 hours after The Slap. 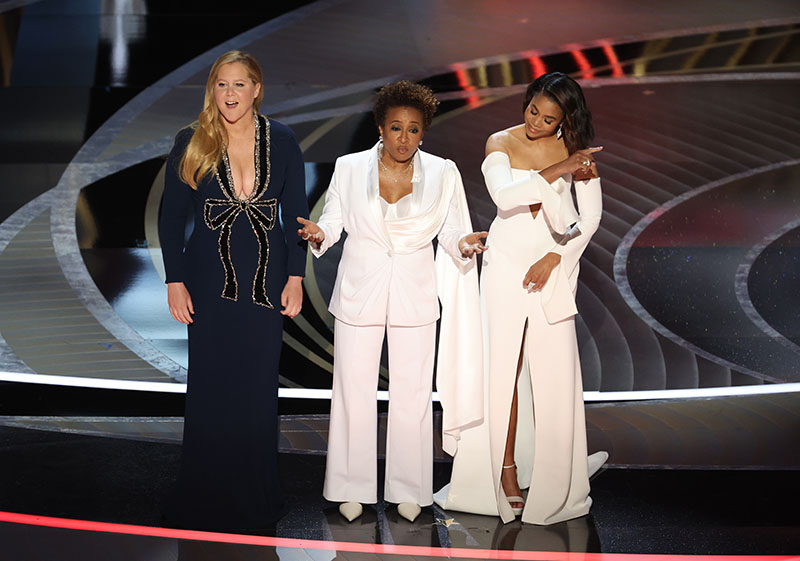 Sykes said she knows that Smith apologized to Rock, but "No one has apologized to us," referring to her co-hosts Amy Schumer (left) and Regina Hall (right).

"We worked really hard to put that show together — so I'm like, what the hell is this?," she said.

"We were the hosts, this is 'our house,' we're gonna take care of y'all tonight and no one has apologized to us. And we worked really had to put that show together," Sykes told DeGeneres.

Schumer also weighed in on the incident on social media, saying she was "triggered and traumatized" by The Slap.

"But for real. Still triggered and traumatized. I love my friend @chrisrock and believe he handled it like a pro," she wrote.

Sykes revealed that Rock apologized to her at an afterparty later that night.

"I was like, 'Why are YOU apologizing?' He was like, 'It was supposed to be your night, you and Amy and Regina. And this is now going to be about this.'"

Rock was correct. The Slap received wall-to-wall coverage on every media outlet around the world - and it's still trending on Twitter. 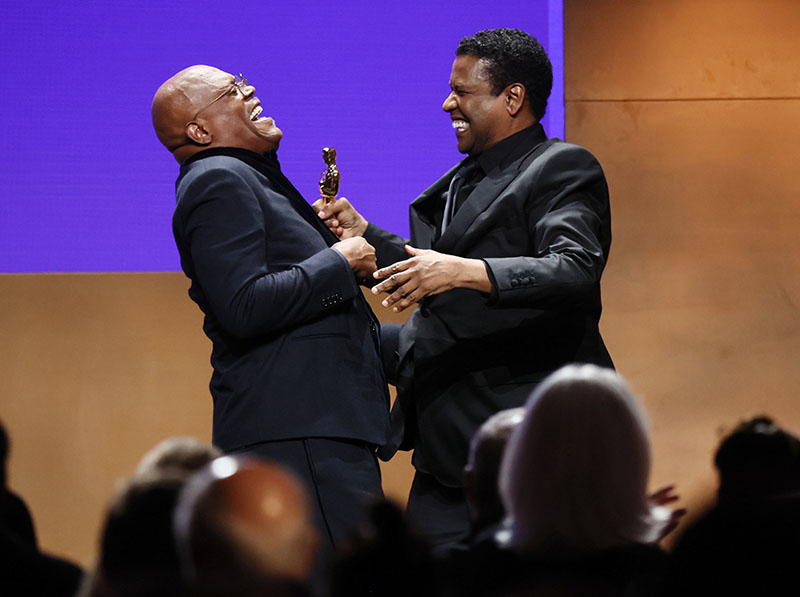 The incident overshadowed winners such as actor Samuel L. Jackson, who received an honorary Oscar at the Governors Awards on Friday, March 25. The award was presented to him by Denzel Washington.

"Thanks to every person who has ever bought a ticket to any movie I was in," Samuel L. Jackson said. 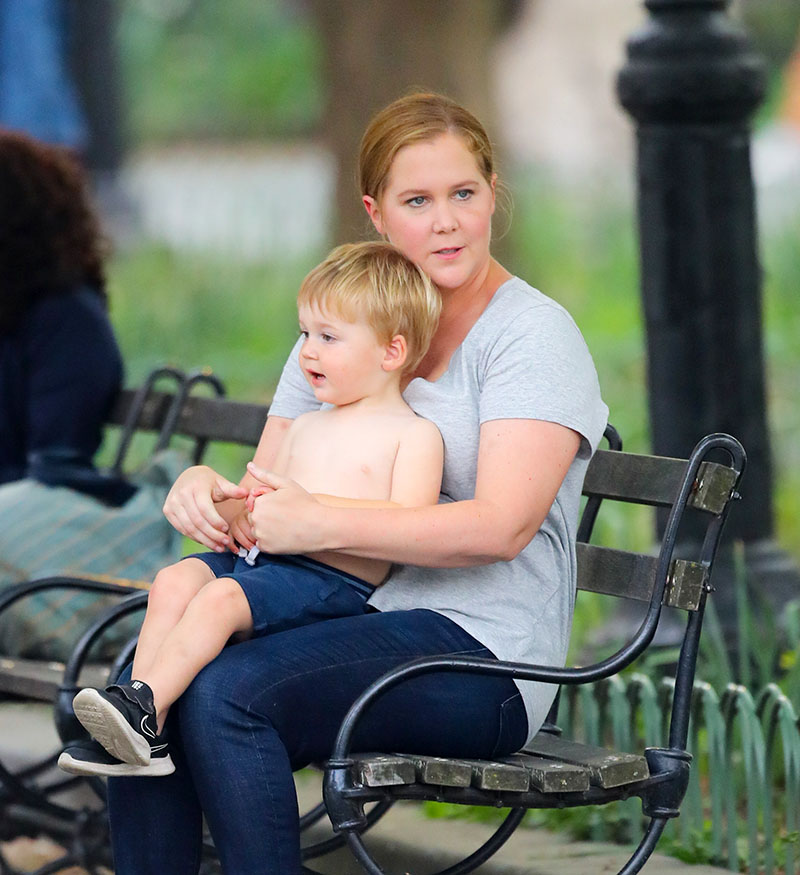 Amy Schumer says her vagina is "street trash" since getting married to Chris Fischer in 2018. Schumer explained the biggest change in her life on Kevin Hart's "Comedy Gold Minds" podcast.

"It's honestly just like, huge now and just garbage. It's just street trash. Yeah, I would say my street trash p—-y is probably [the biggest change]."

Then Schumer got serious, saying her marriage also trashed her social life. 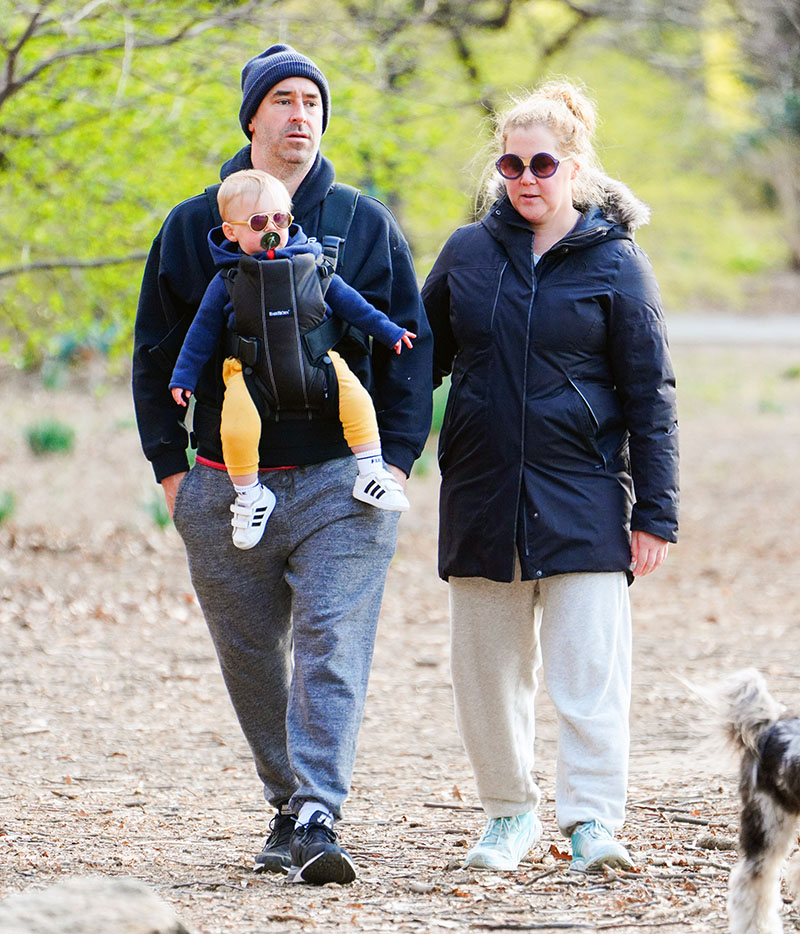 There years into their marriage -- an eternity in Hollywood -- Schumer says the dopamine is fading.

"We probably have sex every seven to 10 days. We need to do that more."

She said they schedule their sex sessions now.

"I go, 'Do you want to have sex?' And he makes this face," she said. "He kind of pictured it, and like, winced. He's imagining it and he made a face kind of like he ate something bad."

Schumer said Fischer then told her, "How about tomorrow?” to which she replied, "Great. Thank you. I feel really good."

Watch the podcast below. 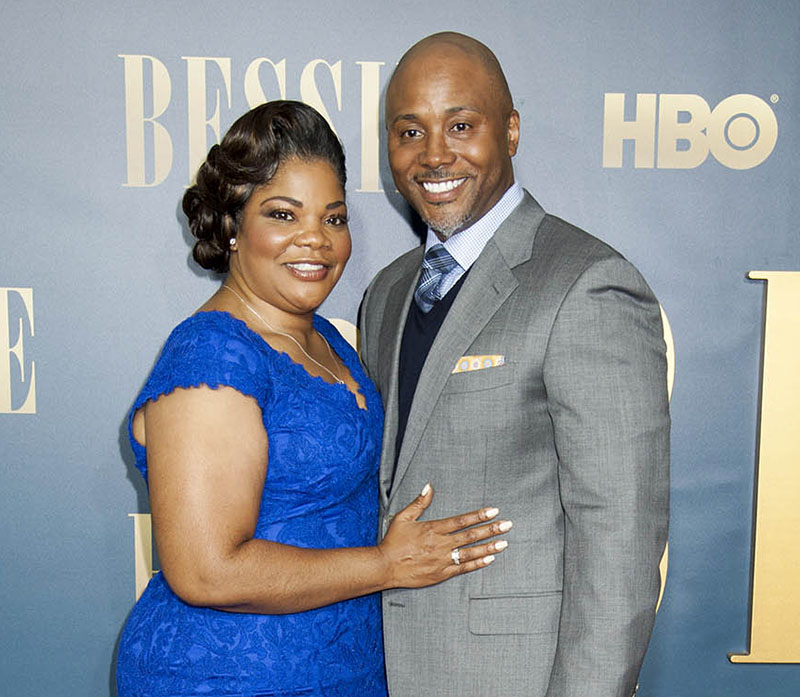 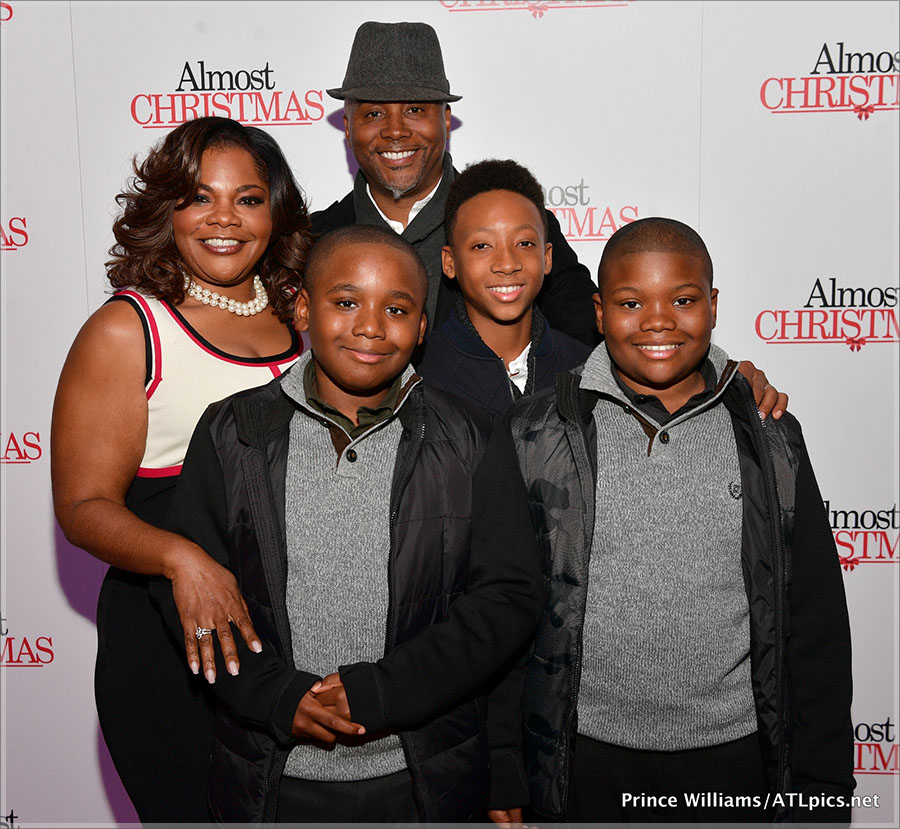 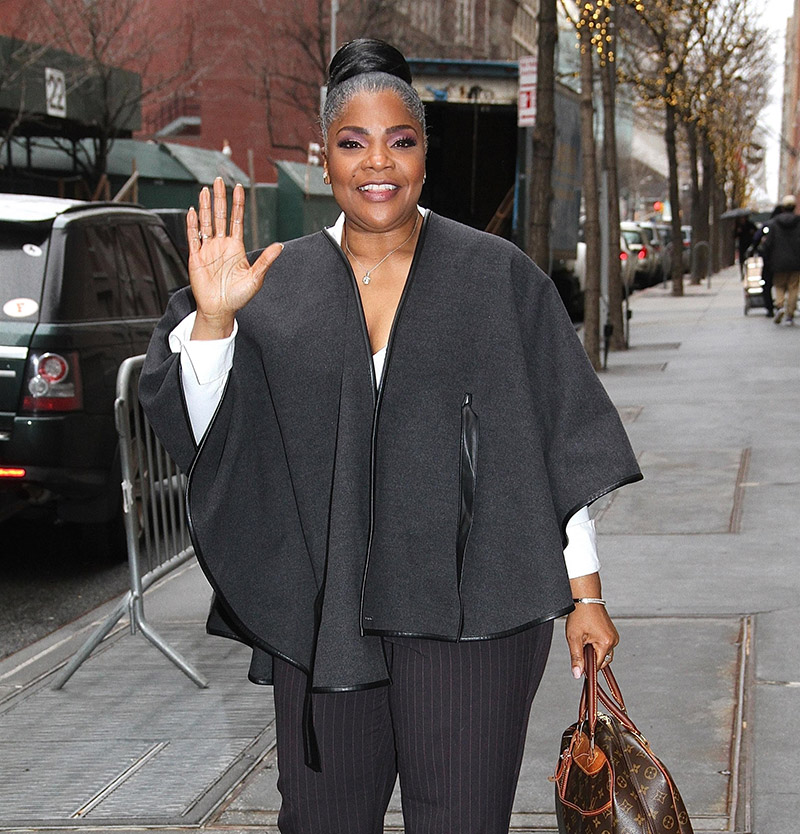 Nick Cannon called out Hollywood's hypocrisy after comedian Kevin Hart was forced to step down as host of the 2019 Oscar Awards amid public backlash over old tweets.

END_OF_DOCUMENT_TOKEN_TO_BE_REPLACED

Draya Michele, left, and actress Amy Schumer attended the Hollywood World premiere of Schumer's new movie 'I Feel Pretty' on Tuesday. The movie is expected to flop at the box office after feminists slammed the film's concept about an average looking woman with low self esteem who suddenly realizes she's beautiful after she falls and bumps her head.

END_OF_DOCUMENT_TOKEN_TO_BE_REPLACED 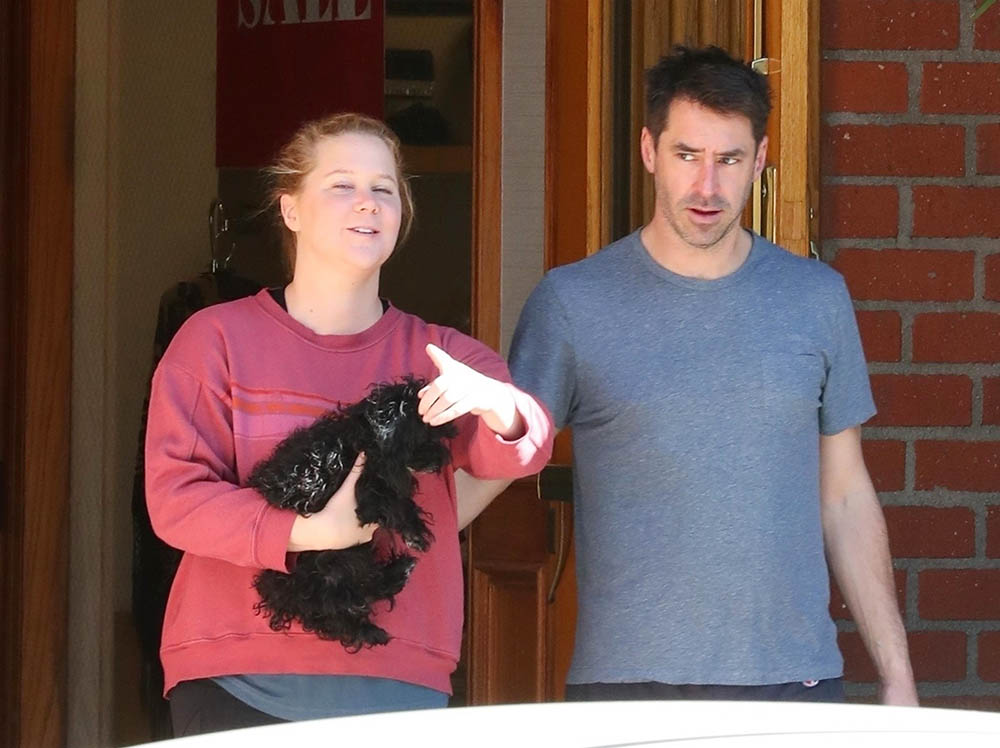 END_OF_DOCUMENT_TOKEN_TO_BE_REPLACED

The trailer for Amy Schumer's new movie 'I Feel Pretty' debuted on Youtube.com on Tuesday, but the reviews are all negative, despite the fact that the concept is long overdue. So many "thick" women think they are fat and need to lose weight, when in fact they need to lose the voice in their head that tells them they are fat.

END_OF_DOCUMENT_TOKEN_TO_BE_REPLACED 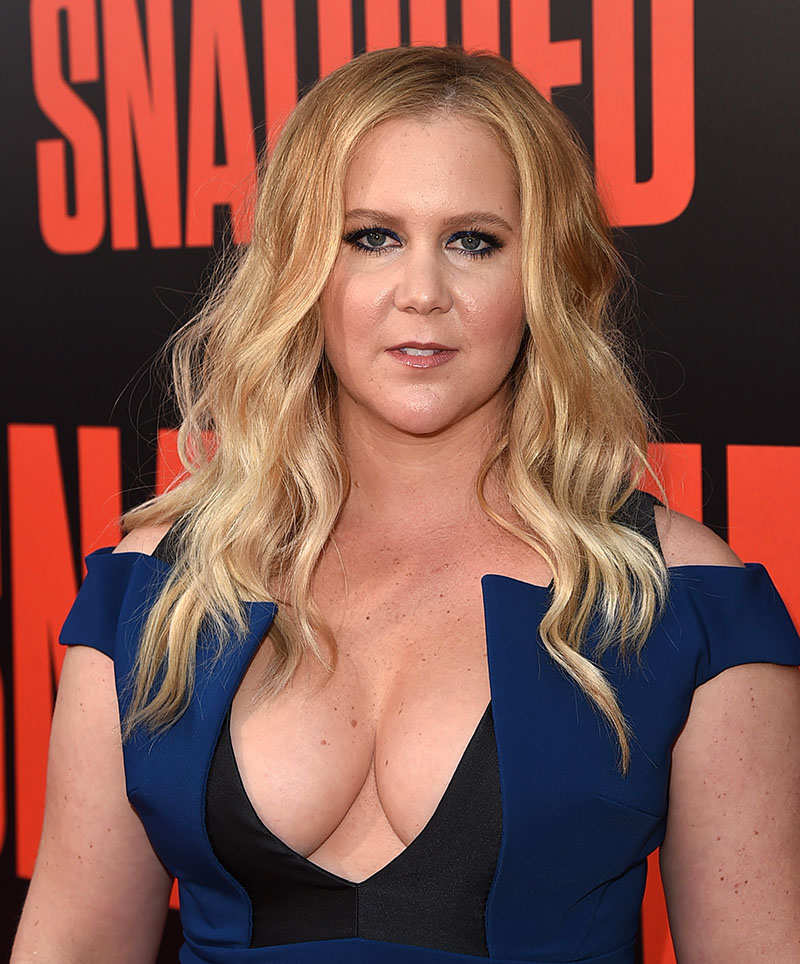 END_OF_DOCUMENT_TOKEN_TO_BE_REPLACED

Bajan singer Rihanna appeared shocked by the news that her candidate, Hillary Clinton, lost the election by a wide margin on Nov. 8. Rihanna was seen on the set of her movie Ocean's 8 filming in NYC.

END_OF_DOCUMENT_TOKEN_TO_BE_REPLACED

The news prompted some sports fans to speculate whether James is taking his talents to the west coast when his contract with the Cavaliers expires.