A Georgia man will spend the next 20 years in prison for setting fire to a woman's home after she rejected his advances.

Jerel Jay Wilson, 29, of Union City, was found guilty Monday of arson in the first-degree, arson in the second=degree, and simple battery.

Prosecutors say Wilson broke into a woman's apartment on September 11, 2018, set fire to her bedroom and physically attacked her for reacting his advances.

Several weeks later, he attacked her again in a hotel parking lot and set fire to her car.

Horowitz said the victim was "tormented by this defendant," and he thanked the jury for their "service during a pandemic and for delivering justice to this woman."

He added: "This verdict sends a message that this kind of dangerous behavior will not be tolerated in Cobb County."

Wilson will receive counseling behind bars to help him resolve his poor impulse control and anger issues before being released back into society. 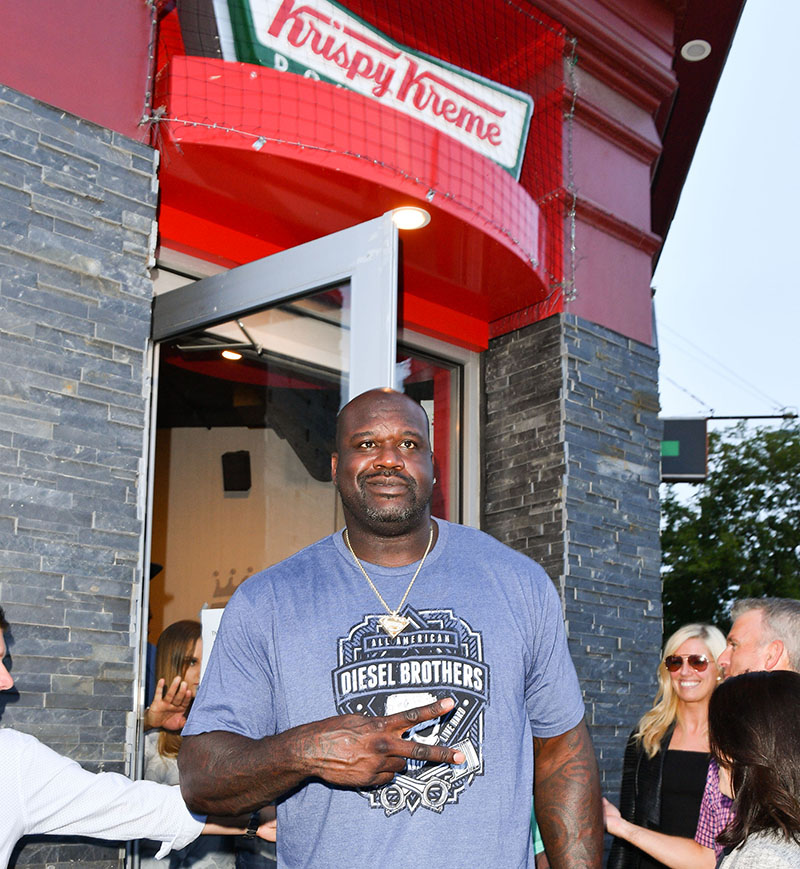 Atlanta fire crews responded to reports of a fire at the location shortly after midnight. When fire crews arrived, the historic structure was fully engulfed in flames, ESPN reported.

The fire reportedly started in the rear of the building. Video posted on social media shows roaring flames. No injuries were reported.

"I hope no one was hurt and we will bounce back better than ever," the Basketball Hall of Famer told WXIA-TV.

A Wisconsin woman was arrested for taking the law into her own hands after she caught her ex-boyfriend with another woman.

Kelly S. Hayes, of Madison, is accused of smashing out the windows of a car owned by her ex-boyfriend, then pouring an accelerant inside the car and setting it on fire.

The arson incident happened on the South Side on Tuesday, police say. The crime of passion was caught on cellphone video and uploaded to Facebook.

Police and fire crews responded to an apartment complex on the 2000 block of Greenway Cross around 5 p.m. The car, a Chevy Impala, was already engulfed in flames by the time fire crews arrived to put out the blaze.

A witness told police that a woman armed with a baseball bat broke out the windows on the car before dousing the car with gas and setting it on fire.

Cell phone video shows a woman wearing a black hoodie, face mask and gloves setting the car on fire. A small explosion knocked the women to the ground before she grabbed a red gas can and ran off.

Another witness got the license plate number of the car the scorned woman drove off in. Police ran the license plate and linked it to Hayes, 34, who had a past relationship with the unidentified car owner, police say.

Hayes was arrested and charged with suspicion of arson and criminal damage to property. She showed no remorse for her crime in her smiling mugshot.

The car is a total loss, police said. 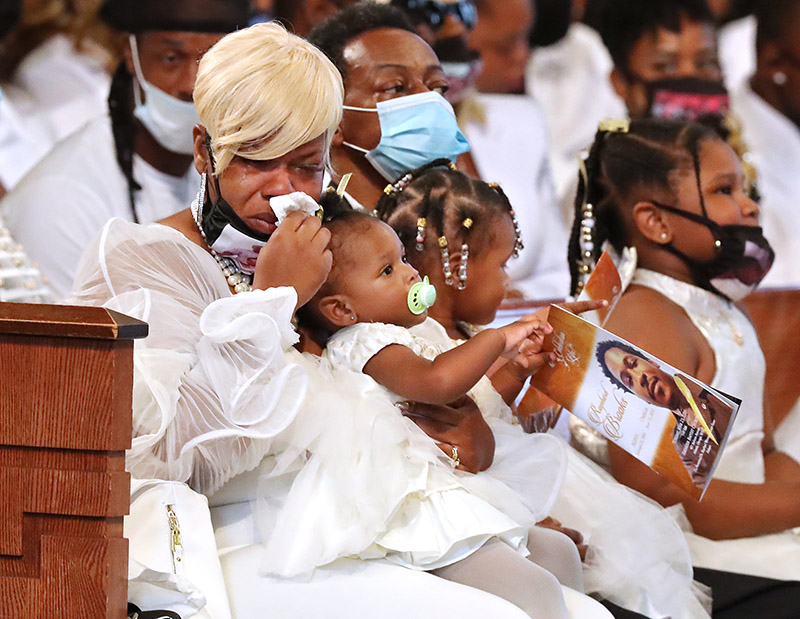 Rayshard Brooks’ girlfriend, Natalie White, was arrested Tuesday for allegedly burning down the Wendy's restaurant in Atlanta where Brooks was fatally shot by police.

Pictures and videos allegedly show White holding an aerosol can which was used to spread the flames.

A bond hearing for White is set for today, June 24.

Brooks, 27, was gunned down after stealing a police taser and firing it at a pursuing officer after he ran while resisting a DUI arrest on June 12.

Both officers were fired from the police force and charged in Brooks' death.

A group of about 50 people protested Tuesday night outside the Fulton County Jail demanding White's release. Bloggers are raising money to pay her bond.

An arrest warrant has been issued for Rayshard Brooks' girlfriend, Natalie White, a suspect in the torching of the Wendy's restaurant where Brooks was gunned down by a police officer.

White, 29, was captured on cellphone video allegedly pouring an accelerant into the restaurant before it burned to the ground following peaceful protests on the night of June 13.

Police responded to a call about a man asleep behind the wheel of a car in the Wendy's drive-thru lane.

"Natalie White, she's my girlfriend," he told the officers. He explained that she dropped him off at the restaurant and then walked to her home a few blocks away.

He said when police arrived, he backed the car into a parking space but he did not drive the car to the restaurant.

An arrest warrant has been issued by Atlanta Fire Investigators for Ms. Natalie White. She has been identified as a suspect in the arson fire that burned down the Wendy’s Restaurant (125 University Ave) on Saturday, June 13th. Call 404-577-TIPS or 1-800-282-5804 with any info. pic.twitter.com/Xu6W2hgOi6

Brooks was shot multiple times as he fled from the police officers who attempted to arrest him for a suspected DUI.

Surveillance video shows Brooks turn and fire the taser at the pursuing officer who shot him twice in the back.

Officer Garrett Rolfe was fired from the police force and charged with 11 criminal counts including felony murder and aggravated assault.

Brooks' wife, Tomika Miller, was gifted with a new car to help her get around with her four children, 13-year-old step-son Mekai, and daughters Blessing, 8, Memory, 2, and Dream, 1.

#rayshardbrooks ‘ wife gifted a new car to get around during this hard time. I couldn’t imagine the pain?#justiceforrayshardbrooks

Fire officials in Massachusetts are warning TikTok users not to participate in a dangerous viral challenge that causes fires when pennies are placed on iPhone chargers.

The viral trend is responsible for setting classrooms on fire at two Massachusetts schools this week.

Firefighters say the exposed prongs coming in contact with a copper penny causes an arc of electricity from electrical outlets.

According to a teacher, two students plugged iPhone chargers into outlets and placed a penny between the partially exposed prongs of the charger and the outlet, resulting in sparks and flames.

"It's almost like an explosion," said Plymouth Fire Chief Edward Bradley. "The electricity propels the charger and the coin - the coin is molten metal at this point," Bradley told WHDH TV.

"It does not take much to be electrocuted fatally just by an outlet in a wall socket," he explained.

Amherst Fire Department Assistant Chief Jeff Olmstead said the viral challenge could cause thousands of dollars in damage to the electrical system "if they have to pull those wires back to a circuit breaker. The damage to the person, electrocution causing burns or death or starting clothes on fire or items nearby," he told Western Mass News.

Olmstead said pranksters will be charged with felony arson and property damage.

"Although they are younger, they will face fees, fines and probation and no one wants to see them have a felony or conviction on a record."

END_OF_DOCUMENT_TOKEN_TO_BE_REPLACED

The son of a sheriff was arrested Wednesday and charged with setting fire to 3 historically black churches in Louisiana. Holden, 21, is the son of local sheriff Bobby Guidroz.

END_OF_DOCUMENT_TOKEN_TO_BE_REPLACED

The brother of Sacramento Kings forward Zach Randolph was fatally shot outside an Indiana bar early Saturday. The bar burned to the ground a day later.

END_OF_DOCUMENT_TOKEN_TO_BE_REPLACED

The homeless man who is accused of starting a fire that brought down a highway viaduct is being represented by a legal dream team.

END_OF_DOCUMENT_TOKEN_TO_BE_REPLACED

Rap mogul Tip "T.I." Harris is questioning the quick arrests of three homeless people in connection with the Atlanta fire that brought down a section of highway in midtown.

T.I. says he is convinced the wrong man is behind bars for sparking the blaze that caused a 350 foot section of I-85 North overpass to collapse on Thursday, March 30.

END_OF_DOCUMENT_TOKEN_TO_BE_REPLACED

Donald Trump supporters raised over $150,000 to repair a black church that was set ablaze by arsonists in Greenville, MS late Tuesday.

Public donations to a Gofundme account set up for Hopewell Baptist Church far surpassed the original goal of $10,000.