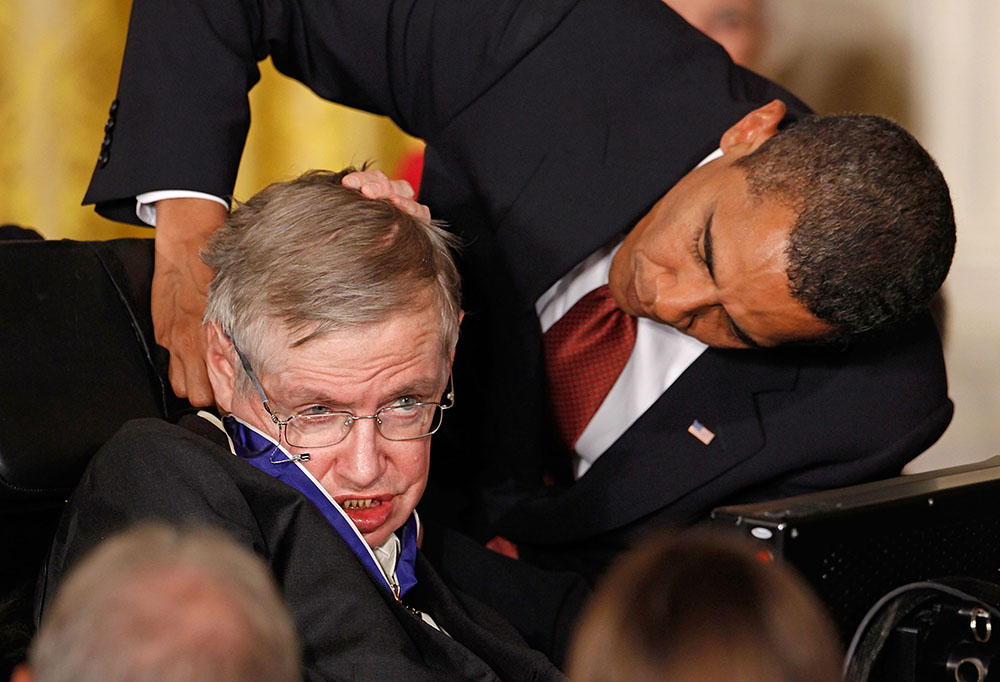 The great physicist, cosmetologist, author and genius Stephen Hawking passed away early Wednesday at his home in Cambridge, England. He was 76.

Hawking, left, is pictured receiving the Congressional Medal of Freedom, the highest civilian honor, from former U.S. President Barack Obama during a ceremony in the East Room of the White House on August 12, 2009.