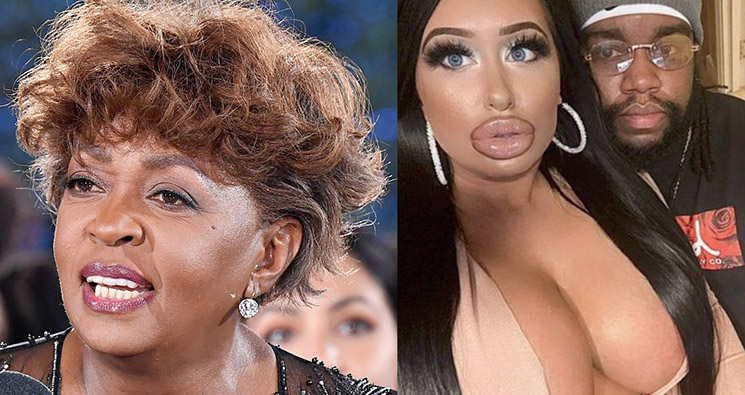 Some men prefer inanimate partners made out of latex because the maintenance and upkeep are cheaper than the real thing.

And the dolls don't talk back — unless the men want them to.

The dolls can be ordered online for $22.95 to thousands of dollars for custom blow-up dolls made to certain specifications.

The bizarre news comes days after Ms. Baker made headlines when she revealed Chance The Rapper helped her gain control of her masters.

The R&B icon revealed the good deed while performing at her residency show at the Venetian Theatre in Las Vegas on May 29. She introduced Chance The Rapper to the sold-out crowd, saying, "Would you all say hello to a friend of mine by way of the music industry and by way of helping me to get a hold and ownership of my master recordings, Mister Chance The Rapper is right there."

The 64-year-old singer took to Twitter in 2021 to complain that her record label was making her "fight" for her masters.

"Unfortunately, they are gonna make me Fight 4 it," she wrote. "I'm prepared 2 do that. Please Don't advertise/buy them."

In September 2021, she updated her fans with good news, saying she reached a deal with her label to regain the masters of her original recordings, but she didn't say how.

"All My Children Are Coming Home. Catalog. Impossible Things Happen... Every. Single. Day. Gratefully," she tweeted alongside an image of her first five albums, The Songstress, Rapture, Giving You The Best That I Got, Compositions, and Rhythm of Love.

Had no idea you would be in our Midst.
Such a nice Surprise. Brought Tears, to my eyes. Hope Ms. Essence enjoyed her Birthday
ABXO???? https://t.co/EvTiTTaEgM