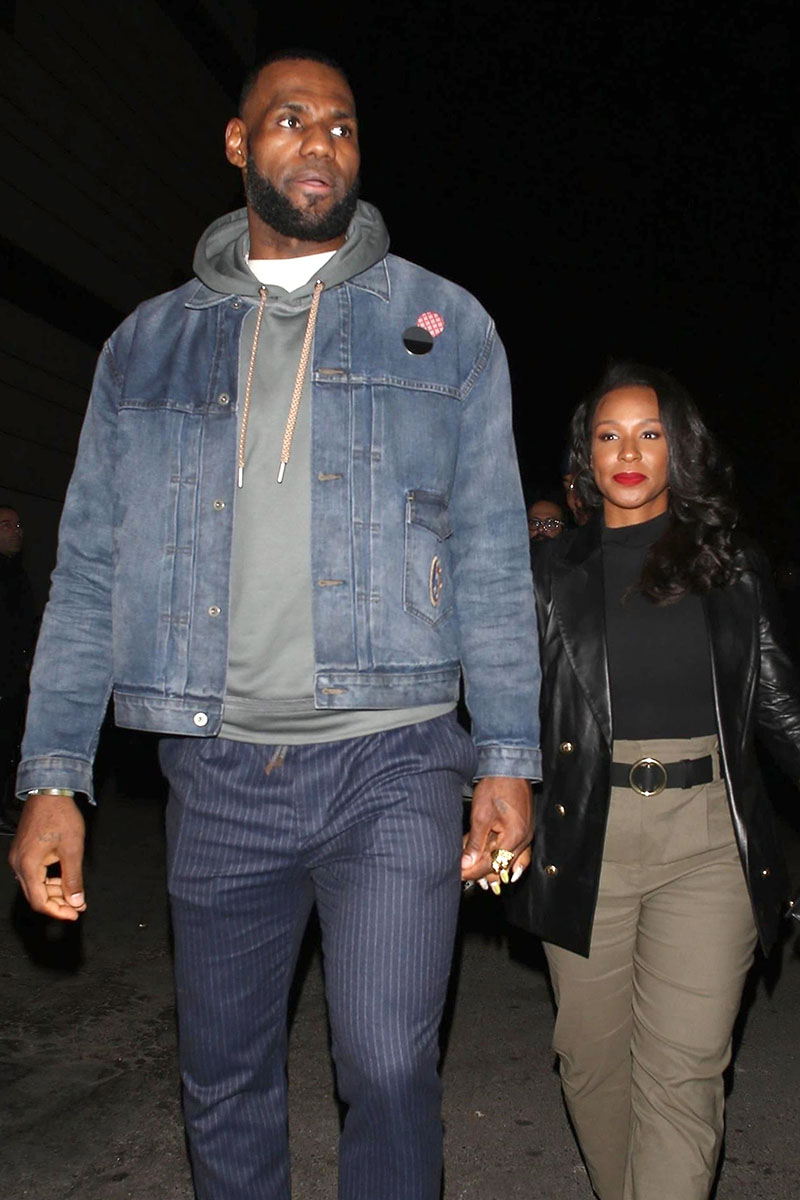 Zaya, 13, was born a boy named Zion, but he changed his name in 2019 after coming out during a Pride parade in Miami.

Bronny, 15, was repeatedly asked the question during his Twitch livestream sessions. The star high school player was asked by someone if he'd date Zaya Wade.

"Did I just hear that?" Bronny said, while frowning.

In another video, while playing a basketball game, a fan asked if Bronny would "smash" Zaya. He looked perplexed and said, "Why would you ask that?" Before asking his followers to "flame" the person for asking the question.

Bronny, who is heterosexual, has come under scrutiny for mentioning the type of females he is attracted to on TikTok.

Black females were upset when Bronny declared his preference for light-skinned exoticals or Hispanic women. 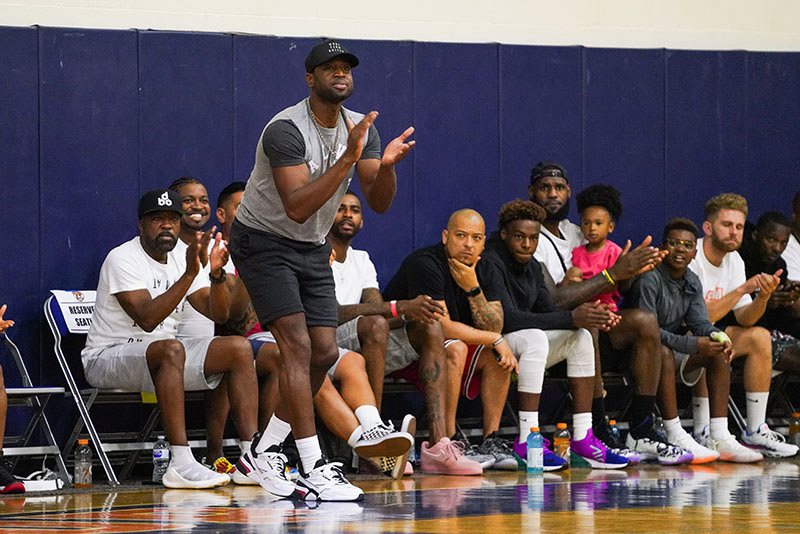 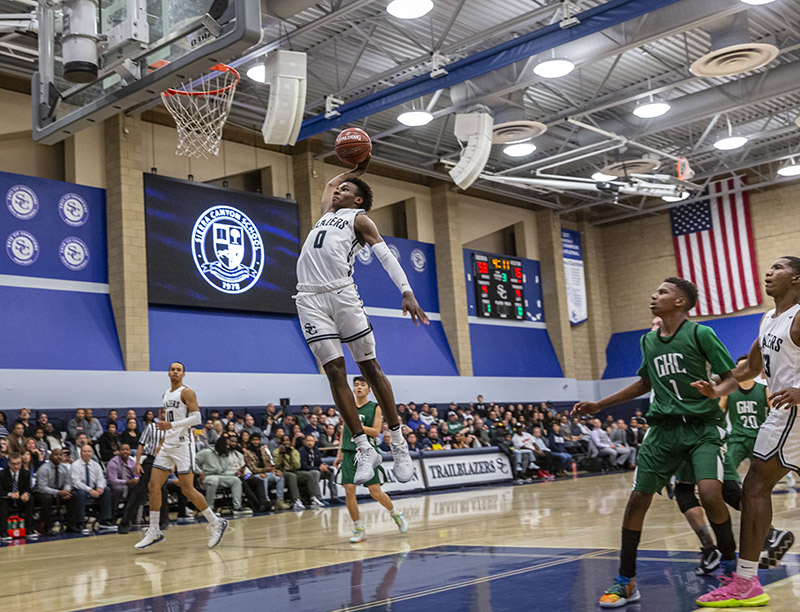 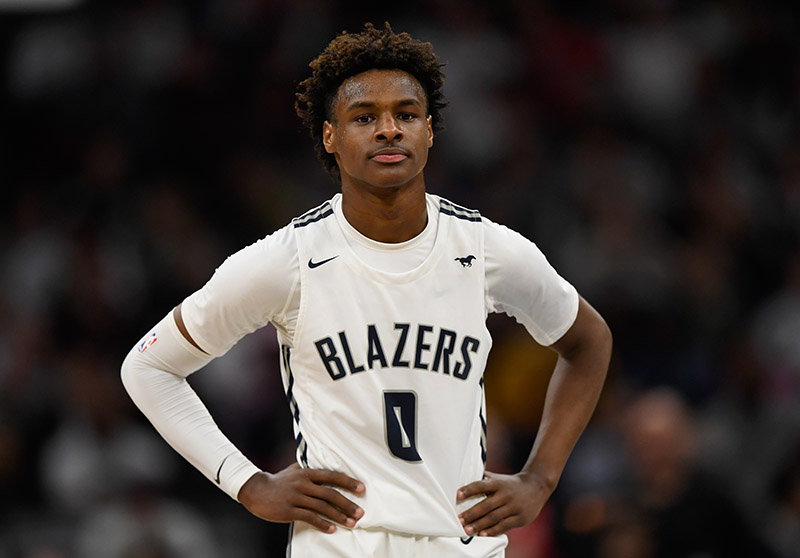 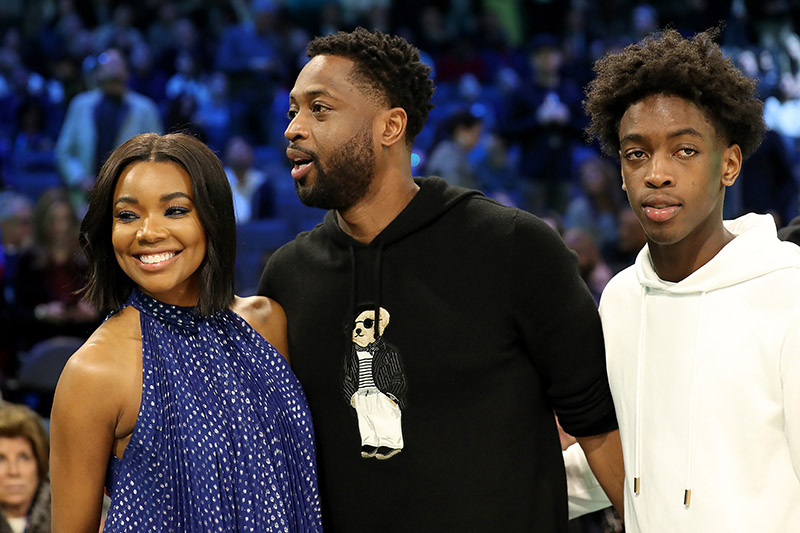 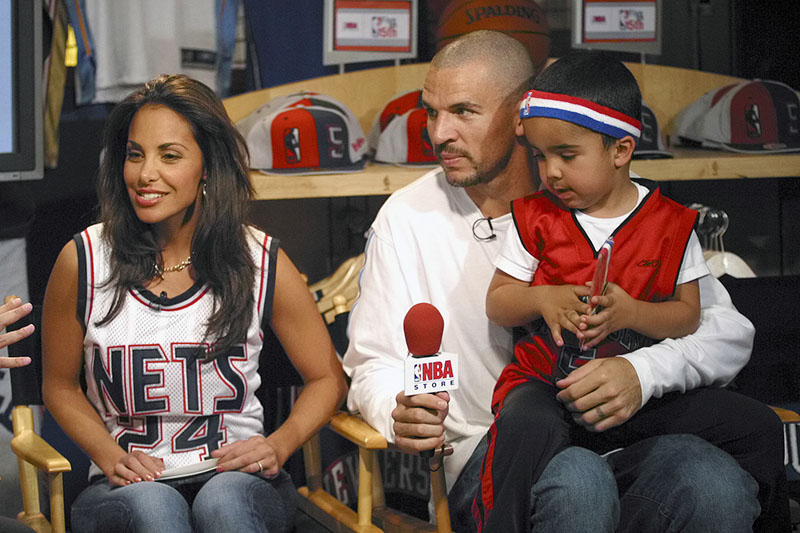 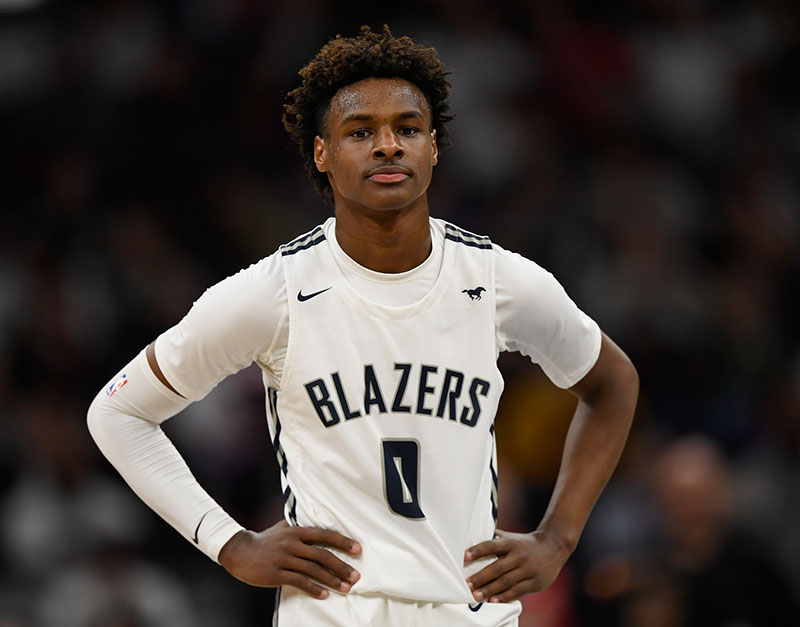 LeBron James was in attendance at a sold out high school game between Sierra Canyon (California) and Paul VI Catholic School at a tournament in Springfield, MA on Monday.

LeBron's son, LeBron James Jr, aka Bronny, 15, is a freshman guard for Sierra Canyon, an elite private school in California where the tuition costs $37,000 per year. 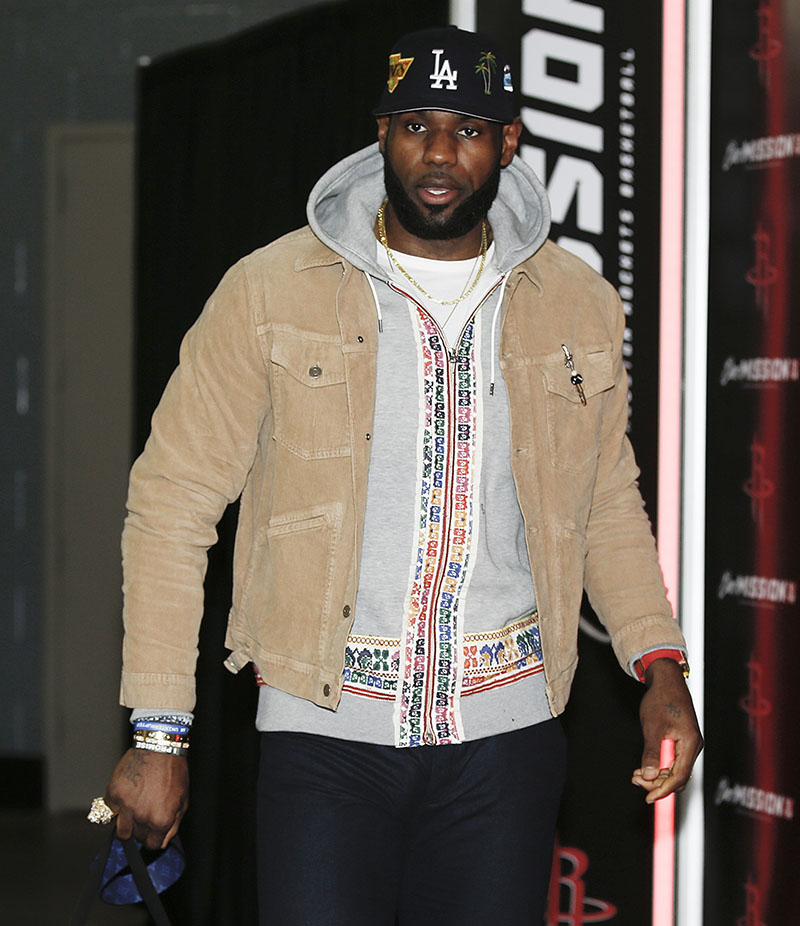 40 police officers worked the game at Springfield College to provide extra security for the NBA superstar and 4,000 basketball fans who paid to see the progeny of LeBron (Bronny) and Dwyane Wade (Zaire Wade) play for Sierra.

Late in the 3rd quarter, while Bronny was waiting to make an inbound pass, a young fan pelted him with a piece of candy.

Game was stopped and security was called out immediately to remove a fan that threw a yellow starburst or a piece of trash at Bronny James in the 3rd quarter.

LeBron, 35, sat about 50 feet away shaking his head slowly as the game was stopped so police officers could eject the fan who threw the Starburst candy.

Bronny, who has not started for Sierra this season, took two shots during the game, missing both.

He is averaging 2 points per game this season. His play seems to be affected by the intense pressure he is under. ESPN aired the game live on ESPNU network.

"You'd be surprised by all the stuff Bronny has to go through," said teammate Ziaire Williams. "It's not fair, but he doesn't let it faze him at all. I'm learning how to be more like that from him and he's younger than me."

A boy took to YouTube.com to apologize and take responsibility for the candy toss. The unidentified boy claimed to be a Lakers and LeBron fan.

"Hi James family. I just want to apologize that I threw an orange peel at Bronny."

But another video posted on Twitter.com shows a toddler throwing the candy at Bronny.

Hey LeBron, just caught this kid throwing something at your son! Not cool! @KingJames pic.twitter.com/G93vHdZT2O

LeBron vented his frustration on Twitter.com. "Hating has no age limit! #JamesGang is build [sic] for it and well equipped. As we proceed."

"It's just disrespectful," LeBron said later. "And it was a little kid, too I don't know how old that little kid was. I don't know if he learned that on his own, or her learned it at home." 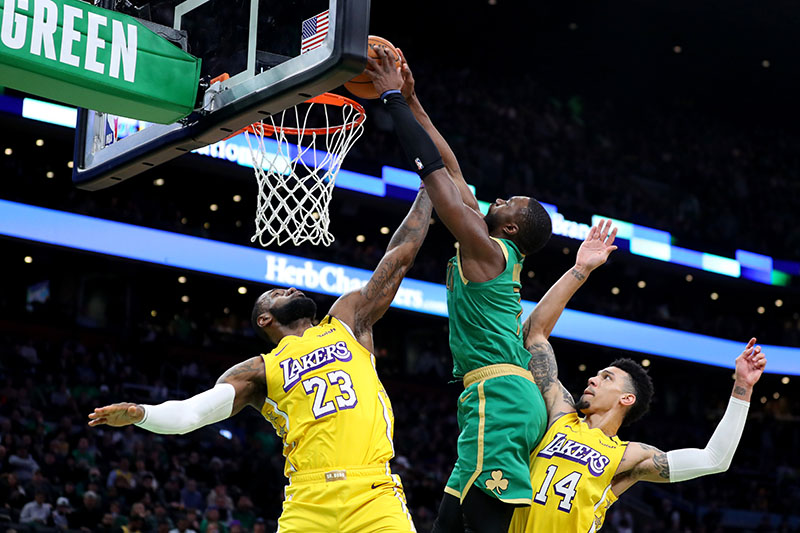 LeBron, who took a helicopter to the campus to avoid Boston's traffic, hugged his son after Sierra's loss to Paul VI Catholic School, before heading back to Boston where his Lakers lost 139-107 to the Celtics on Monday night.