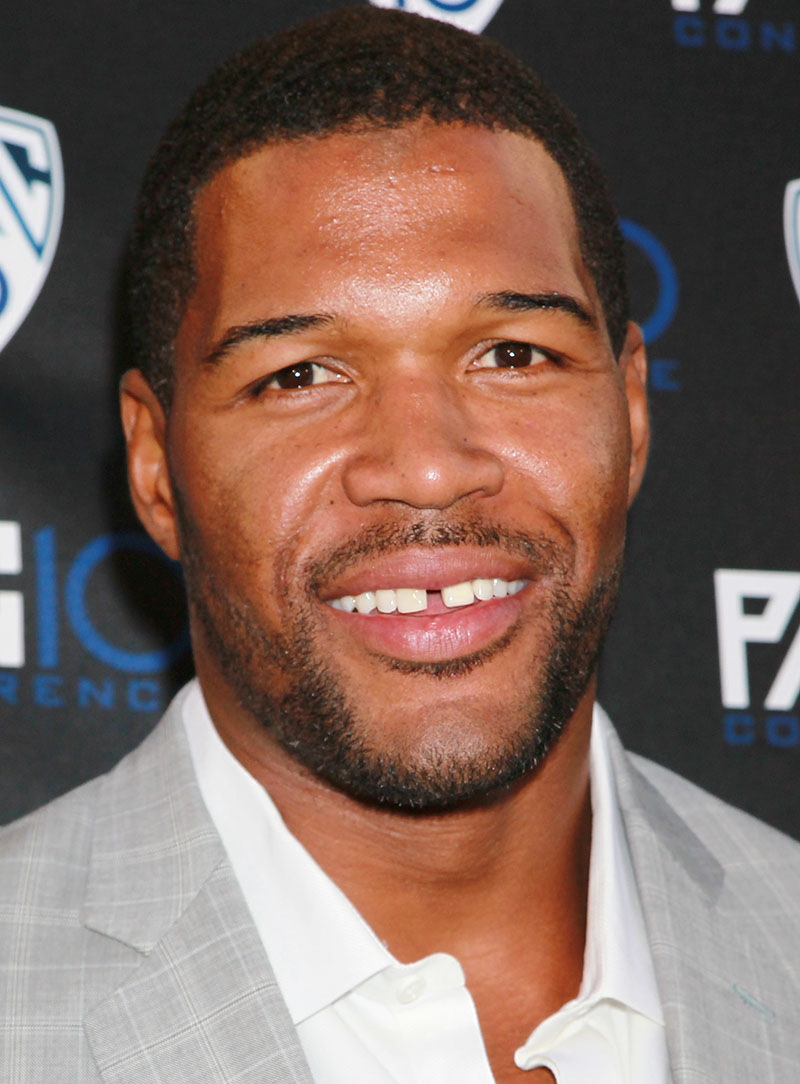 TV personality Michael Strahan has closed the distinctive gap in his teeth by getting veneers fitted.

The "Good Morning America" host admitted his fans and family advised him not to alter the distinctive feature. But he dismissed their advice and had a temporary dental veneer fitted.

Later in the video, the former NFL player showed off his new smile.

Michael Strahan wants to be a role model for young people with gaps in their teeth. He recalled an experience early in his NFL career, when he contemplated closing his gap.

"I was at the dentist having him do mock-ups. I thought about it, man... I was in my twenties. I was playing with the Giants. There's so much pressure to be perfect. You can fix anything now. For me, I made the conscious effort to say, 'This is who I am.' I'm not perfect. I don't want to be perfect. At this point, I don't think my kids would recognize me without it."