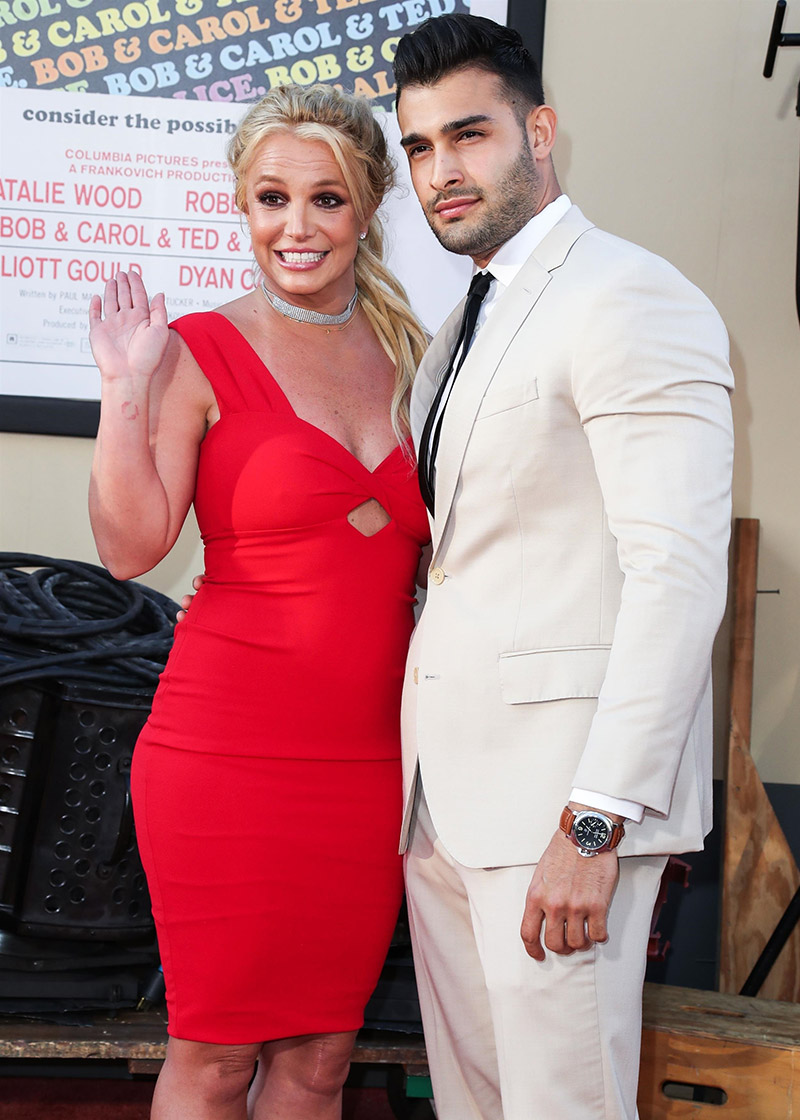 Britney Spears and her longtime boyfriend Sam Asghari tied the knot during a star-studded wedding ceremony at her Los Angles home on Thursday.

The ceremony was nearly ruined when Britney's first husband Jason Alexander tried to crash the wedding and was arrested for his troubles.

He live-streamed himself approaching the home. "She's my first wife, my only wife. I'm her first husband, I'm here to crash the wedding," he said.

Jason was charged with four misdemeanors and released on bond.

Britney and Jason were married for about 55 hours back in 2004. They grew up together in Kentwood, Louisiana. 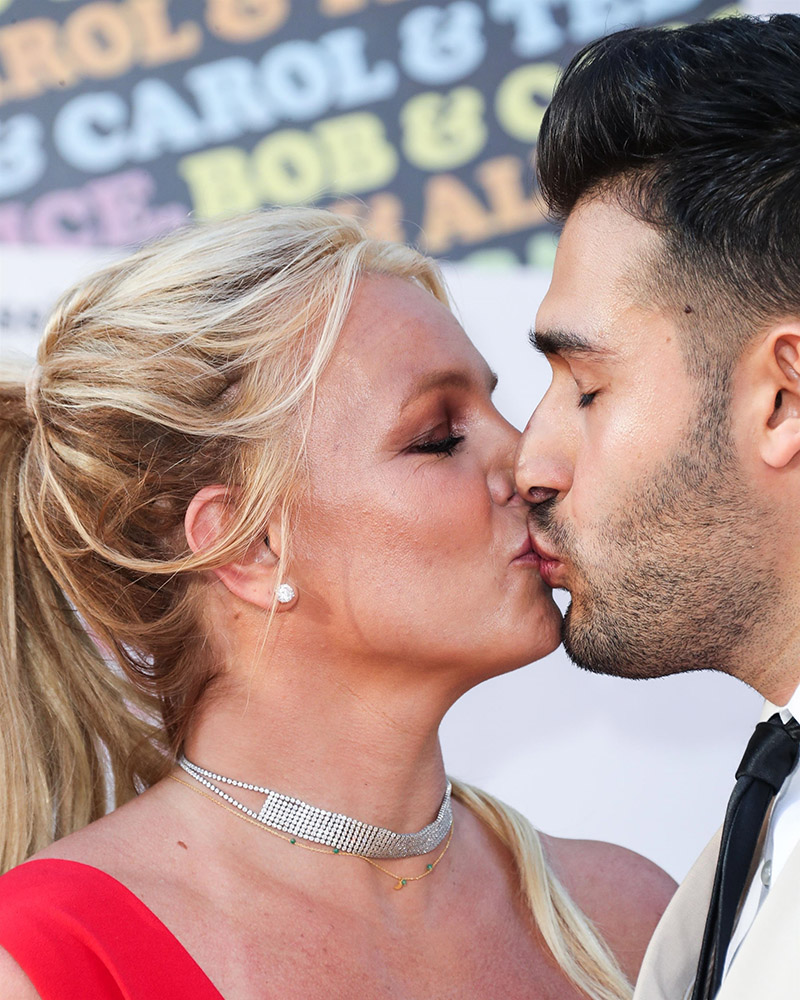 Both Britney and Sam wore bespoke Versace designs for their intimate wedding. Britney's gown was designed by wedding guest Donatella Versace. The crisp white dress featured a front leg-slit and a 10-foot train.

Versace tells PEOPLE the dress was, "Crafted in a delicate white silk cady, the design features a portrait neckline that wraps around the shoulders and comes together with a stream of pearl buttons. The seamline of the bodice follows the corset boning that narrows at the waist. The column silhouette is cut with a front leg-slit, while the back pleats from the waist cascade into a three-meter train."

"Designing Britney and Sam's wedding outfits came naturally to me," Donatella tells PEOPLE. "A tremendous amount of love was poured into every detail. Together with our Atelier, we created a gown and tuxedo that exudes elegance and glamour. They look just perfect together!"

Britney walked down the aisle to Elvis Presley's "Can't Help Falling in Love," sources tells PEOPLE. No one gave her away. Britney has been estranged from her father since before he stepped down as her conservator last year.

The wedding comes a month after Britney lost the couple's first child during a miscarriage.

Fans of the Versace brand were dismayed to learn the iconic design house has been sold and the name changed to a tourist destination.