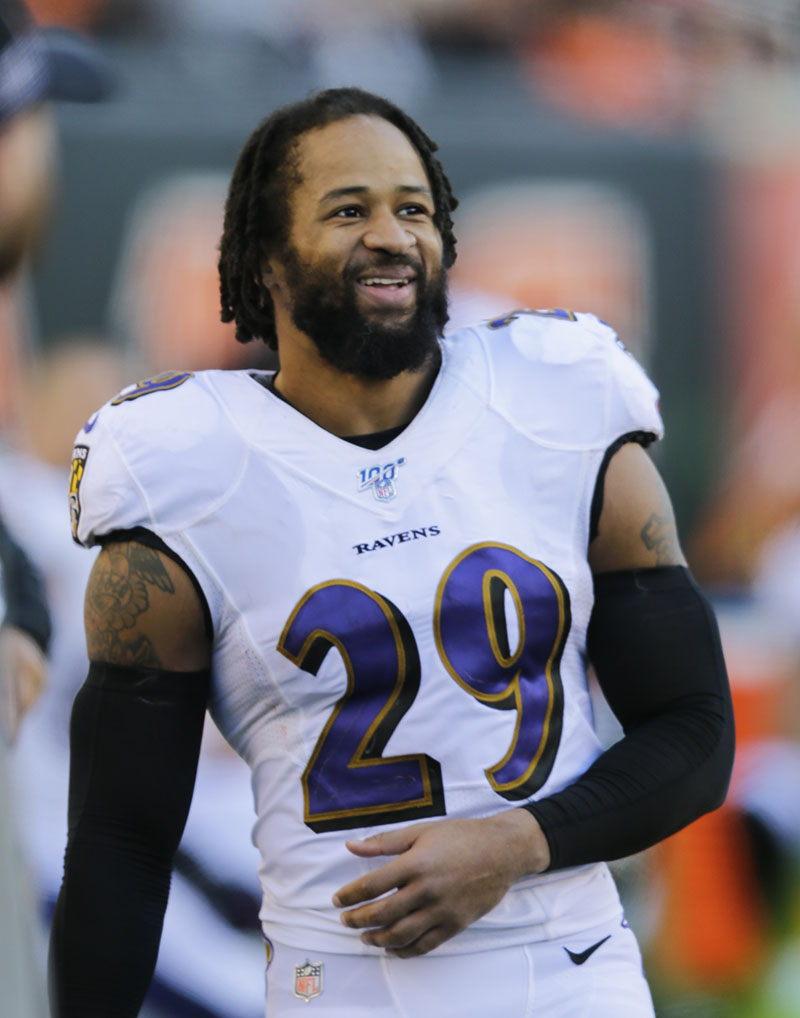 When a woman is fed up: Baltimore Ravens safety Earl Thomas almost lost his life when his wife caught him in bed with another woman last month.

According to court documents obtained by TMZ, Nina Thomas held a gun to Earl's head after she caught him in bed with a naked woman at an Austin, Texas AirBnB on April 13.

Austin police responded to a frantic 911 call at 3:41 a.m., and witnessed a Black female wearing an orange sweater with a knife in her hand chasing a shirtless Black male holding a pistol in his hand around a vehicle.

Nina and Earl complied when ordered to drop the weapons and get on the ground.

Earl told police he had an argument with his wife about his drinking earlier that day. He said he and his brother left the premises.

Nina then hacked into Earl's Snapchat account and saw new videos of him with another woman. She used the social media account to pinpoint Earl's exact location.

Nina and two of her friends confronted Earl. The football star and his brother were surrounded by naked women.

Video footage recorded by one of the ladies shows Nina pointing a gun at Earl's head. Her finger was on the trigger. Earl was able to wrestle the gun away from his crazed wife.

One of the women said Nina screamed: "I got something for all you hoes!"

Nina was arrested and charged with burglary of a residence with intent to commit aggravated assault with a deadly weapon. Her friends were charged as well.

The coronavirus lockdown is making it difficult for cheating husbands to hook up with their side pieces.