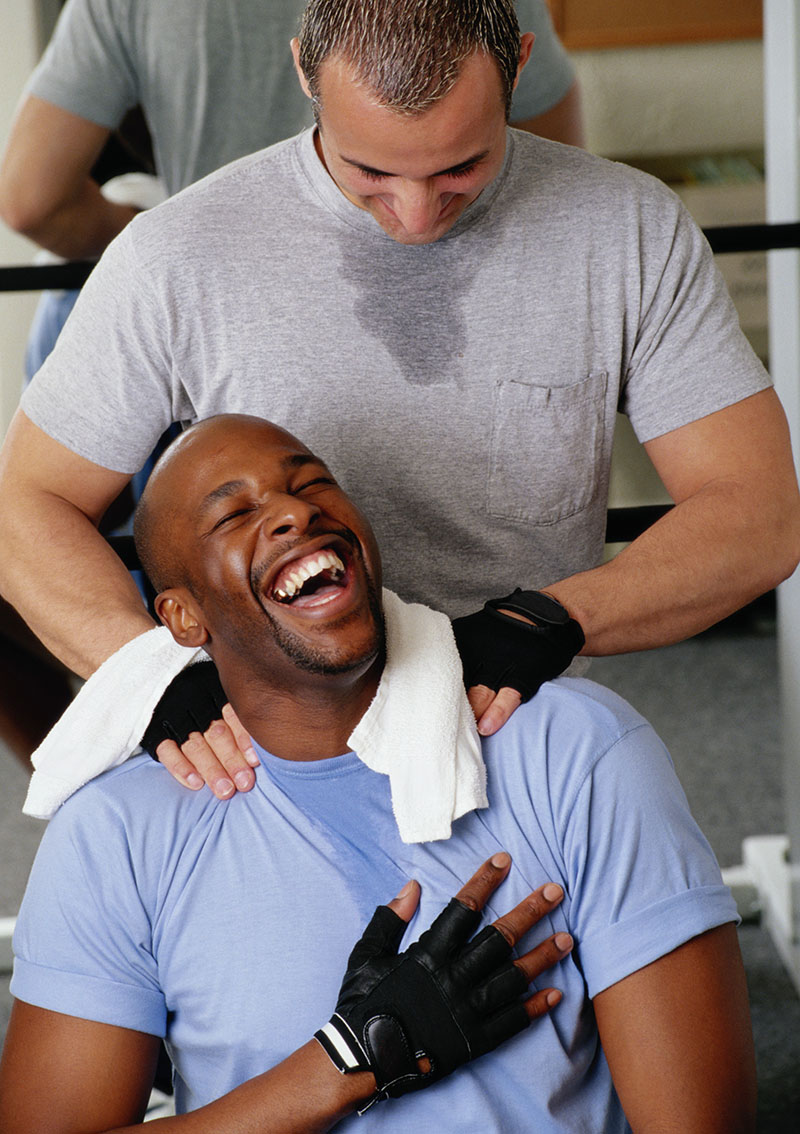 A British hairdresser was sentenced to life in prison for deliberately infecting 5 men with the virus that cause AIDS. Daryll Rowe was sentenced Wednesday in Brighton, England for attempting to infect as many as 10 men with the HIV virus.

Rowe reportedly taunted the men with text messages that said, "I have HIV. Oops".

END_OF_DOCUMENT_TOKEN_TO_BE_REPLACED

A male-to-female transgender is suing the dating app Tinder for discriminating against transgender people in the Portland, Oregon area.

END_OF_DOCUMENT_TOKEN_TO_BE_REPLACED

The gays are in an uproar over a Daily Beast article written by a heterosexual writer about gay athletes hooking up for sex at the Rio Olympics.

In his article, titled "I got 3 Grindr dates in an hour in the Olympic Village," writer Nico Hines documented his journey as he wandered through the Olympic village using a variety of hookup/dating apps including Bumble, Grindr, Jack'd, and Tinder.

Hines, who is married with 2 children, quickly gave up using Tinder -- which is primarily populated by heterosexuals.

He got lucky with the gay hookup app Grindr: 3 gay male Olympic athletes agreed to meet Hines for sex within the hour… and it wasn't even 5:30 p.m.

"No prizes for guessing that Grindr proved more of an instant hookup success than Bumble or Tinder," Hines wrote. This infuriated the gays.

Extreme promiscuity is the gay community's dirty secret. They would like to keep it that way.

Hines noted there were "dozens of eligible bachelors listed on Grindr within a few hundred yards of" the entrance to the athletes’ village.

The Daily Beast eventually edited out the countries of the three gay athletes who responded to Hines' profile for hot sex.

"...there was a concern that even mentioning the home nation of some gay athletes could compromise their safety," The Beast's editor wrote.

The Beast also edited out a blurb about someone accidentally tripping over 2 male athletes engaged in a steamy sex session at a sporting event.

But that didn't keep liberal blogs like Slate.com from bashing the 'Beast' in a post, titled "The Daily Beast's Olympic Grindr Stunt is Dangerous and Unethical".

"[Hines] believes gays are more promiscuous than straight people," Slate.com notes with irony. "Because Hines is not gay, you might find his use of Grindr a bit dishonest," the writer added.

In his article, Hines noted, “I didn’t lie to anyone or pretend to be someone I wasn’t—unless you count being on Grindr in the first place—since I’m straight, with a wife and child.”

Slate.com took issue with the fact that Hines' Grindr profile didn't include that he was a writer on assignment. As if gay athletes would agree to have sex with him if he did include that disclaimer.