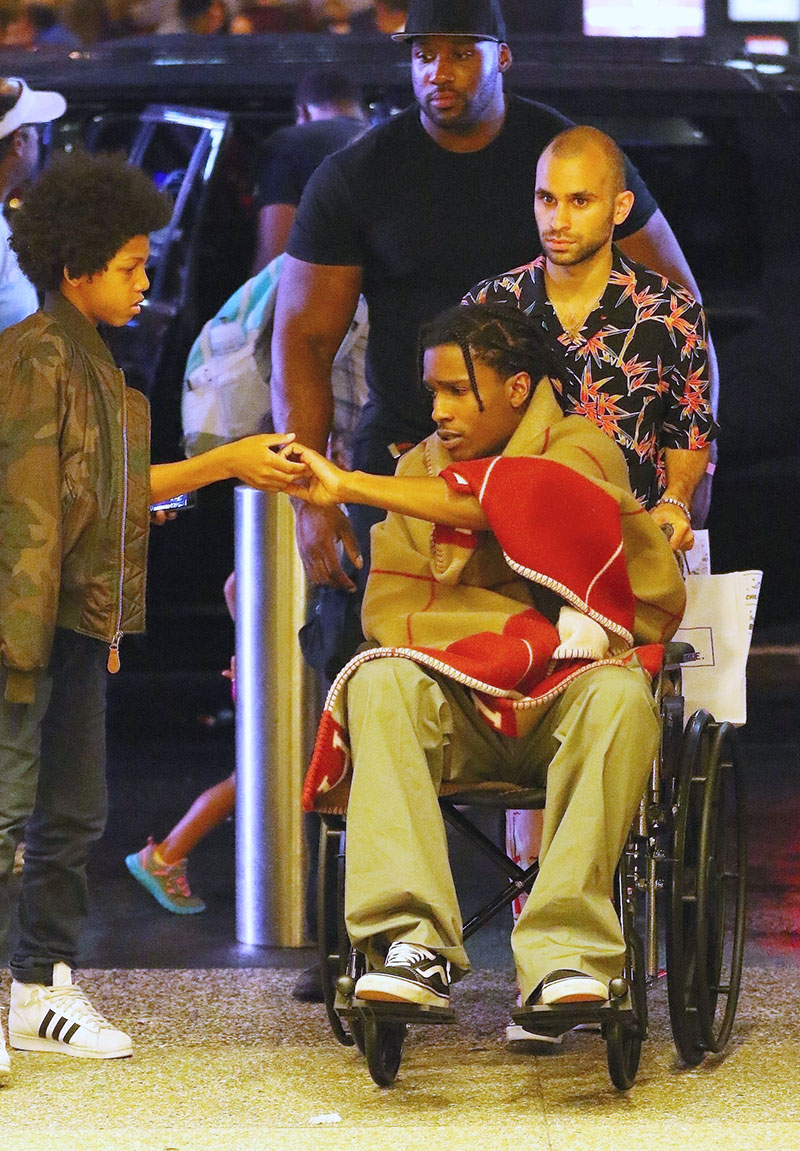 Soft rapper A$AP Rocky arrived at the Best Buy theatre in a wheelchair while recovering from the stomach flu. The ailing bubble gum rapper was fashionably bundled in a Hermès blanket. He paused to greet a young fan who wished him well.

END_OF_DOCUMENT_TOKEN_TO_BE_REPLACED

Atlanta shoppers who prefer a more upscale experience will have a new shopping destination this Fall.

Buckhead Atlanta will begin opening stores in September through 2015. The collection of luxury retail shops, apartments and restaurants will span six city blocks at the intersection of Peachtree and East Paces Ferry roads.

Standalone stores that are new to the Atlanta area include Spanx (flagship), Scoop NYC, L'Occitane skin care, Georgetown Cupcakes, and Shake Shack, among others.

END_OF_DOCUMENT_TOKEN_TO_BE_REPLACED

Update: According to my loyal reader Rodney, the custom Hermes cost a tidy $67,000.

Thanks to loyal reader Darnell for verifying that the purple Hermès carried by Pharrell Williams in an earlier post does belong to him. In the following post from Pharrell's blog, he explains he traveled to Paris to pick up his custom made Hermès, which is normal procedure for the elite who can afford these bags. Most Hermès are made to order.

Stopped by Hermes yesterday to pick up my new travel bag. Hermes is a world famous luxury goods company originally known for it’s leather goods including it’s saddles and famous silk scarves. This purple croc bag is a “Haut A Courroie” which is the original Birkin bag. This bag is a custom piece hand made in the Paris shop. The key chain was made by Jacob. (Source)

Lucky him. A Hermès croc had to set him back 20 grand at least.