A Florida judge declared a mistrial on Monday after three jurors refused to convict Dayonte Resiles based on his race.

Resiles allegedly broke into the Davie, Florida home of Jill Halliburton Su, 59, to commit a burglary back in September 2014.

When he found Su inside her home, he tied her up, stabbed her to death and left her body in a bathtub.

His DNA was found on a knife and inside the home.

Two years after his arrest, Resiles escaped from a Broward County courtroom. He was caught six days later.

Resiles finally went to trial just before Thanksgiving. After six days of deliberations, three jurors refused to sign off on a verdict.

The jury forewoman told the judge she disagreed with the three jurors.

"The whole time I'm staring at the judge and at the clerk, and we're locking eyes, and I'm looking at each one of them,” said the jury forewoman. "They're just waiting for my verdict of either 'yes, I agree' or 'no,' and I just couldn't, and that's why I said no."

The forewoman later said she received threats from other jurors. She said three of the jurors refused to convict Resiles of at least second-degree murder because they didn't want to send "a young Black man" to prison for the rest of his life or sentence him to death.

"You guys keep saying 'a young Black man,' but I don’t see race," said the forewoman. "I just see a human being, and you know, one particular person said to me, 'Hey, if you were outside this courtroom, you would have gotten smacked out in the street for this.'"

"The society that we're in right now, it needs to change, and just not look at color of skin. I feel like we need to look at each other as human beings, as who we are," she said.

The judge declared a mistrial and announced Resiles will go on trial again -- with 12 new jurors -- in January 2022.

He faces life in prison or the death penalty if convicted. 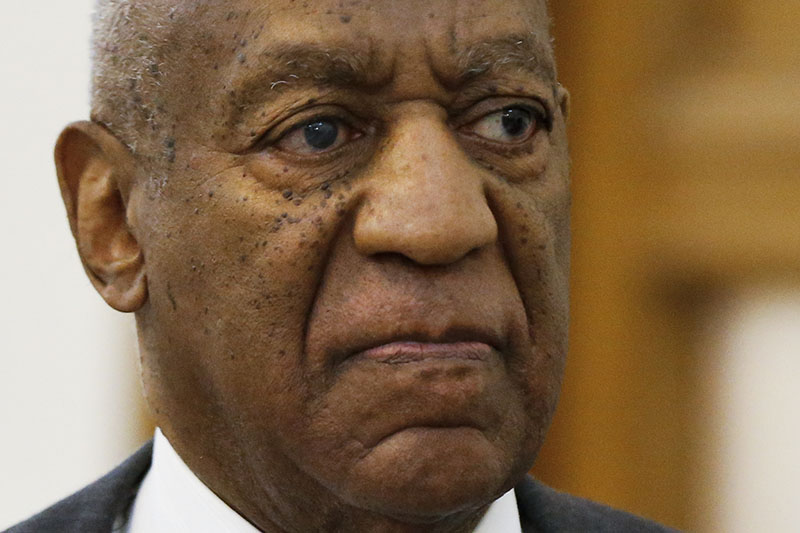 The jury in the Bill Cosby sexual assault case sent word to the judge that they are hopelessly deadlocked on day 4 of deliberations, meaning they can not unanimously reach a verdict on three counts. The judge ordered the jury to continue deliberations, saying it is too early to quit.