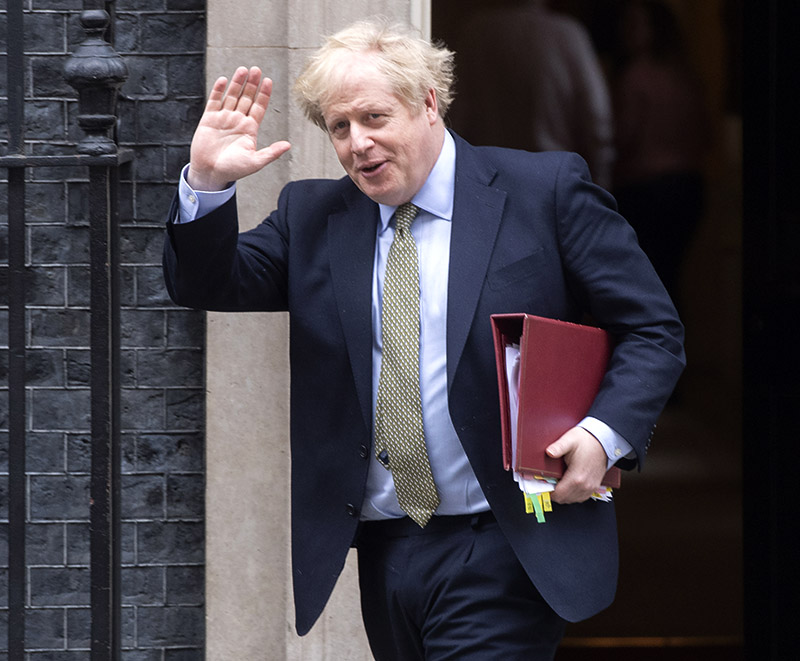 U.K. Prime Minister Boris Johnson is listed as "stable" after spending the night in the Intensive Care Unit (ICU) at London's St. Thomas' Hospital as his coronavirus symptoms "worsened" and he went into respiratory distress.

On Sunday, April 5, Johnson was admitted to the National Health Service (NHS) hospital after battling COVID-19 for 10 days.

When he began suffering from respiratory distress on Monday, he was moved to the ICU and listed in serious condition.

Providing an update on his condition, a spokesperson said, "The Prime Minister has been stable overnight and remains in good spirits. He is receiving standard oxygen treatment and is breathing without any other assistance."

The spokesperson insisted Johnson did not require intubation or a ventilator to stabilize his breathing.

"He has not required mechanical ventilation or non-invasive respiratory support."

Typically, patients in respiratory distress are placed on a ventilator in ICU where the nurse-to-patient ratio is one-to-one or one-to-two.

The spokesperson denied reports that Johnson was diagnosed with a potentially fatal pneumonia caused by Covid-19.

But according to reports, Johnson was having difficulty breathing and his oxygen saturation levels were so low that he was moved to ICU in anticipation of being placed on a ventilator to support his breathing.

Johnson is the first world leader to be hospitalized with Covid-19. 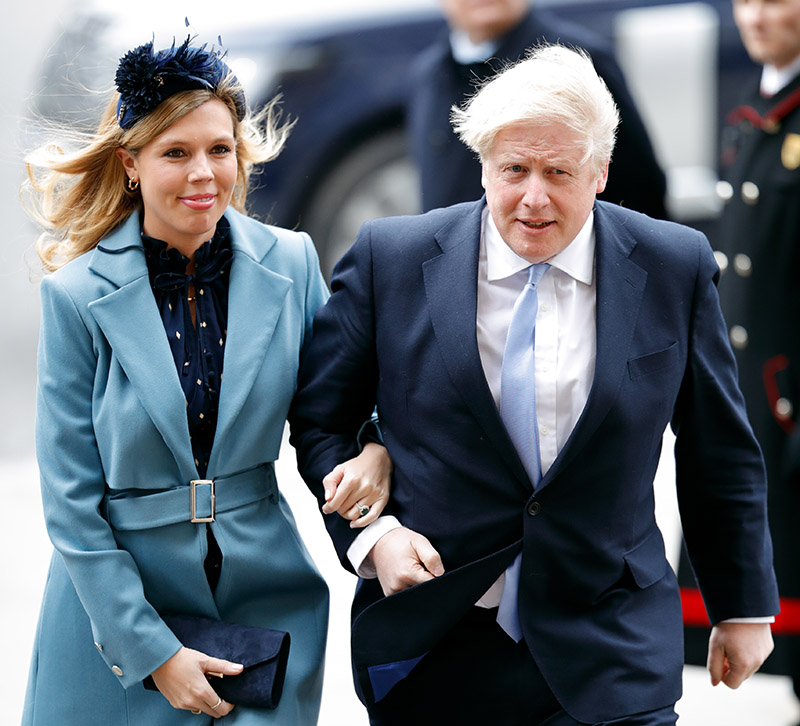 Johnson, 55, and his fiancee, Carrie Symonds, 31, are expecting a baby in early summer. She is recovering from Covid-19.

The British media claims Johnson has at least 5 children - though he has never confirmed the exact number. 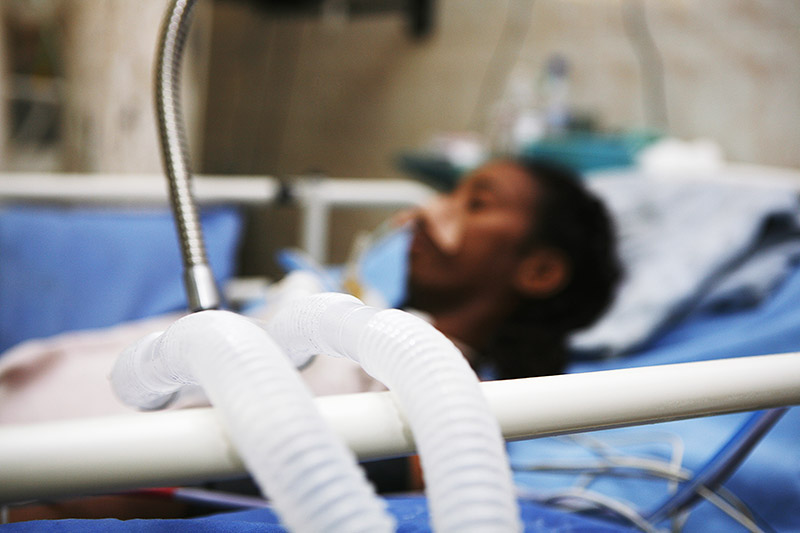 Hospitals hardest hit by the coronavirus pandemic are considering "do not resuscitate" orders to let the sickest patients die so others can live.

Hospitals are struggling with a lack of ICU beds and medical equipment shortages in the hardest hit areas such as New York and California.

Usually a DNR order is a personal decision between the patient's families and their doctors. But hospitals are considering DNR orders for coronavirus patients who are not likely to survive.

"First, do no harm" is the guiding principle for doctors who are tasked with saving lives at all costs. But hospital administrations are debating whether some patients should be removed from ventilators and allowed to die to free up the equipment for patients who have a better chance of survival.

"That's the appropriate thing to do," Dr. Harris said. This shouldn't be an individual doctor's decision."

1. Wash your hands frequently for at least 20 seconds
2. Avoid touching your face with unwashed hands
3. Avoid close contact with sick people
4. Sneeze and cough into a tissue or your elbow
5. Stay home if you are sick
5. Clean and disinfect frequently touched surfaces
6. When in doubt consult with a healthcare professional

There are conflicting reports about former NBA star Lamar Odom, who is listed in critical condition at a Nevada hospital after overdosing on crack cocaine on Tuesday.

END_OF_DOCUMENT_TOKEN_TO_BE_REPLACED

E! News has confirmed a police investigation into the presence of at least one other witness inside Bobbi Kristina Brown's Roswell townhouse when she was discovered unresponsive by her boyfriend and another man on Saturday.

END_OF_DOCUMENT_TOKEN_TO_BE_REPLACED

CNN reports that Bobbi Kristina Brown was moved to Emory Hospital from North Fulton Hospital in Roswell, GA., on Tuesday.

END_OF_DOCUMENT_TOKEN_TO_BE_REPLACED

Roswell police found drugs during a 2nd search of Bobbi Kristina Brown's home -- a contradiction of earlier reports that no drugs were recovered after Bobbi was found unresponsive and face down in a tub full of water.

END_OF_DOCUMENT_TOKEN_TO_BE_REPLACED

As Sandrarose.com reported exclusively on Saturday, Whitney Houston's only child, Bobbi Kristina Brown, is brain dead and on life support at North Fulton Hospital. What that means is Bobbi's body is being kept alive on machines but her brain cells are dying off rapidly due to loss of blood circulation to most of her brain.

END_OF_DOCUMENT_TOKEN_TO_BE_REPLACED

Bobbi Kristina's distraught dad, Bobby Brown, released a brief statement through his attorney today. Brown, 46, asked for privacy and continued prayers for his daughter, who is on life support following an apparent drug overdose on Saturday.

END_OF_DOCUMENT_TOKEN_TO_BE_REPLACED

Whitney Houston's only child, Bobbi Kristina Brown, is reportedly brain dead following an apparent suicide attempt at her Roswell home early Saturday, according to a source.

END_OF_DOCUMENT_TOKEN_TO_BE_REPLACED

Rapper Nicki Minaj visited with ailing singer August Alsina in a New York area hospital, where he is recovering from a brain injury after a fall during a recent concert.

END_OF_DOCUMENT_TOKEN_TO_BE_REPLACED

Up-and-coming R&B singer August Alsina remains in intensive care in stable condition after collapsing and falling off the stage during a concert at Irving Plaza in NYC.

END_OF_DOCUMENT_TOKEN_TO_BE_REPLACED

More good news for Joan Rivers fans: the feisty 81-year-old comedian was moved out of intensive care and into a private room at Mount Sinai Hospital in NYC.