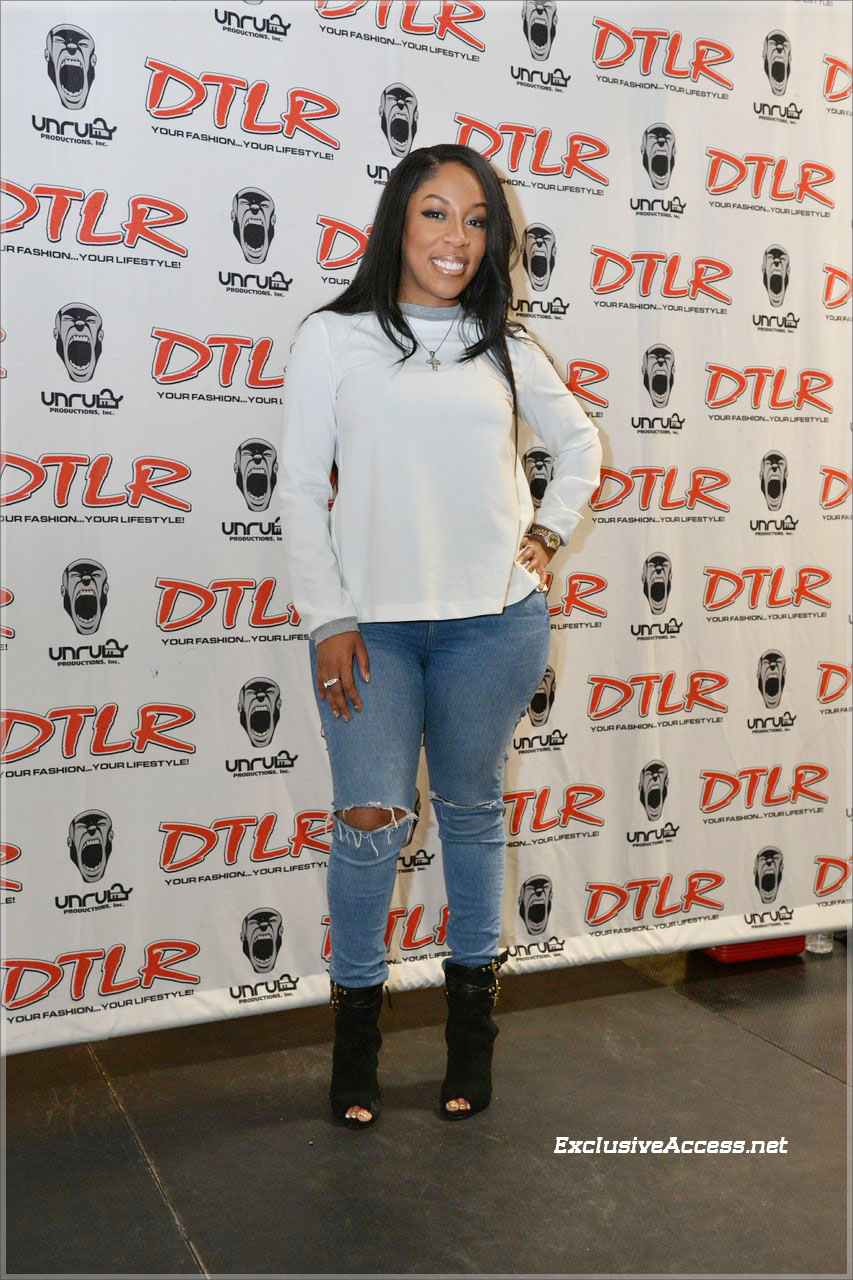 Reality TV personality and R&B singer K. Michelle emptied out the hood last night when she signed copies of her mixtape at DTLR sporting goods store at Camp Creek in Atlanta.

END_OF_DOCUMENT_TOKEN_TO_BE_REPLACED

Anthony, the party planner who referred to reality TV personality Sheree Whitfield as a "trashy bitch" during an episode of RHOA, wrote in to clear the air. Anthony wants you to know he is not gay. And, in addition to being a proud husband and father, he is a consummate professional like fellow party planner Jamahl King.

I am reaching out trying to get the facts straight. First, I am not GAY! Married with children, and love PUSSY.

Second, I was never hired by Sheree or Bravo to do a party. This event was for the Atlanta Music Festival, and the producer's ask me to modify the event to be included in an episode of the Real Housewives of Atlanta, entitled Sheree's Divorce Party.

I also consider myself to be a professional with a long standing resume. But, unless you have work with Sheree or had any dealings with her you wouldn't understand, where I am coming from.

Here's a sneak peek from the 2nd season of Real Foreclosed and Bankrupt Housewives of Atlanta, which premieres tonight. In this scene, a totally classless Sheree Whitfield, a former boutique owner who now claims to be a fashion designer, argues with her gay party planner.

Here's some behind-the-scenes info: our friend, celebrity party planner Jamahl King of S.T.E.P.S. Events Planning Firm (pictured left), was originally asked to be Sheree's party planner for the 2nd season (Jamahl didn't tell me this, but a little birdie did).

In all fairness, the 2nd launch party for She' By Sheree (also planned by Jamahl King) came off without a hitch and included fashions from her line (see the pics from the party here).

Anyway, from what I hear, Jamahl King politely declined to partake in the buffoonery this season. So, Anthony, the unfortunate party planner in this video, got the gig.

Anyone who has worked with Jamahl King (Usher, Monica, Ne-Yo, NIKE, etc.) knows that Jamahl is the consummate professional and would never allow himself to be played out in this manner.