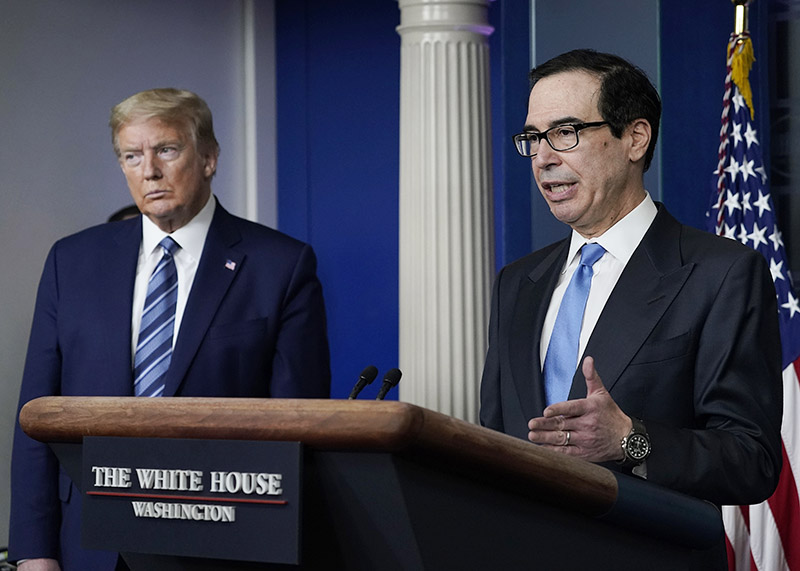 The move leaves Mnuchin's potential successor, Janet Yellen, with only $80 billion in relief funds that she can access immediately.

The $455 billion includes unspent money that should have gone to stimulus checks and small businesses as loans and grants. The funds will be deposited into the Treasury's General Fund, which can't be touched without legislative approval.

Legislative experts say the move can be reversed by Congress next year.

Ernie Tedeschi, a policy economist at Evercore ISI, called Mnuchin's decision "a dangerous move" as "we're about to kick off millions of people from unemployment insurance."

The Treasury Department did not immediately respond to a request from Bloomberg for comment.