The TikTok personality who spread that rumor about Kanye West (left) dating makeup guru Jeffree Star (right) now admits she made up the whole affair for 'likes' and 'follows'.

TikTok influencer Ava Louise got the ball rolling when she dropped a video claiming she had insider information about Kanye and Jeffree's secret romance.

The rumor went viral because the left-wing blogosphere is hungry for reports about bisexual celebrities hooking up -- particularly Black bisexual stars.

There is an unfounded theory that Black people are more homophobic than any race or ethnicity on earth.

Another reason the rumor circulated so widely is Kim Kardashian, 40, is filing for divorce from Kanye, 43, who checked out of their marriage about 2 years ago and moved to rural Wyoming for good in 2019.

Jeffree, 35, trolled his 14.2 million followers by sharing photos from Wyoming and declaring he was "ready for Sunday Service."

Sunday Service is a hip-hop worship service led by Kanye to promote his projects and political aspirations.

After the rumor was disputed by Kanye's camp and by Jeffree, Louise, 22, returned to TikTok this week, saying:

"I'm not even getting sued, I made this entire scandal up. There's literally not one bit of truth to anything I have said. I just tricked the entire world into talking about me again because I was on a lot of Adderall and bored."

Louise previously earned an invitation to the Dr. Phil show after she recorded herself licking a toilet for the "coronavirus challenge" last year.

She lost followers after she claimed she'd tested positive for the coronavirus.

She added. "We all had fun though didn't we? You're welcome for the memes." 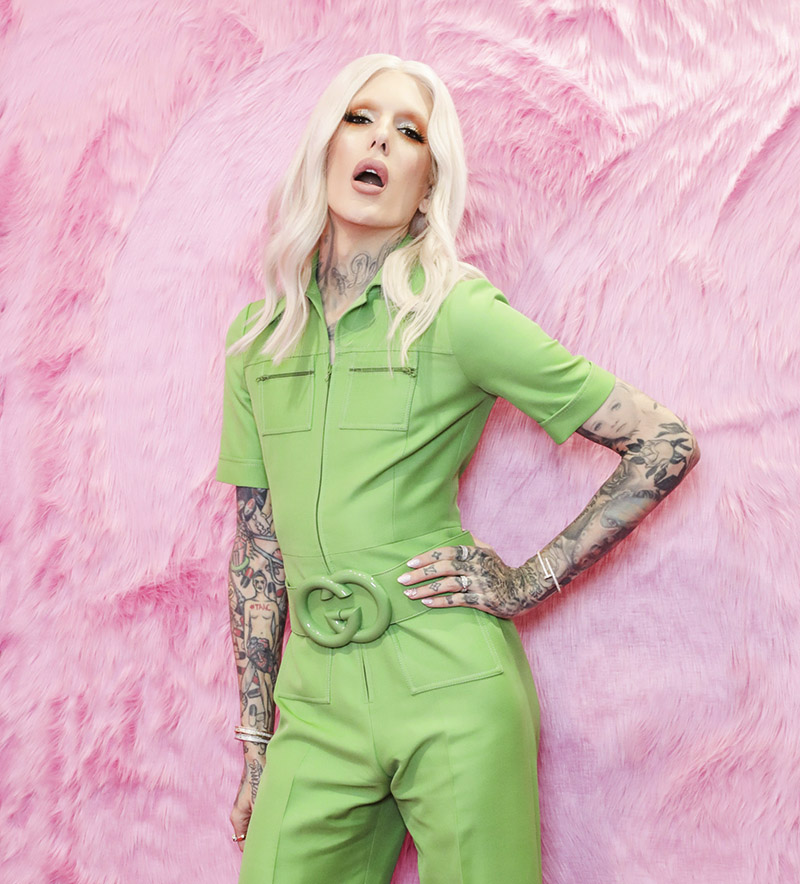 Jeffree Star addressed the "funny" rumor that he slept with Kanye West and caused the breakup of the troubled rapper's marriage to Kim Kardashian.

In a lengthy YouTube video, Jeffree, 35, said he woke up on January 7 to a plethora of phone calls and text messages that he's "sleeping" with Kanye, 43.

The androgynous beauty guru took to YouTube on Thursday to dismiss the "dumbest sh*t I think I've ever read in my life."

The makeup artist who recently moved from California to Casper, Wyoming, said he's "never hung out with” Kanye, whose Cody, Wyoming ranch is a short 21-minute flight away.

"Let me just say this one time for any news outlet, I like very tall men. Me and Kanye have never hung out and this whole thing is really funny," Jeffree said.

"So, I guess if this is the start to my New Year, then Happy New Year. I really can't and if Kris Jenner orchestrated this whole thing, Happy New Year sweetie girl," he said, before adding that "Jeffree Star is single and I've never slept with Kanye."

There's an old saying that goes: "Every rumor has a kernel of truth to it."

But a source close to Kanye West's camp said the rumor that he's in a same-sex relationship with beauty influencer Jeffree Star is just flat out false.

Jeffrey, 35, fueled the rumors last month when he posted a photo of himself in Casper, Wyoming, along with the caption: "It's Mrs. Wyoming to you... #jeffreestar #casperwyoming #wyoming."

After teasing his 14 million followers with more photos from Wyoming, Jeffree sent the gossipmongers into a frenzy when he shared an IG image of himself wearing a pink bathrobe, along with the caption, "I'm ready for Sunday Service."

A source close with Kanye and his estranged wife Kim Kardashian told E! News that "there is absolutely no truth to Jeffree and Kanye rumors".

The rumors that Kanye and Jeffrey were an item were started by TikToker Ava Louise, who claimed she had insider information.

Ava teased that Kanye left his wife and moved way out to Wyoming in the middle of nowhere because he was ashamed of his true sexual identity.

"i can't say WHO cuz he’ll sue me hint hint but it's part of the reason Kanye's so religious now it's his self hatred .... my source is legit I promiss [sic]"

Kanye and Kim are reportedly in counseling to help repair their broken bonds of matrimony. But it's going to be tough going because both are seeing other people. 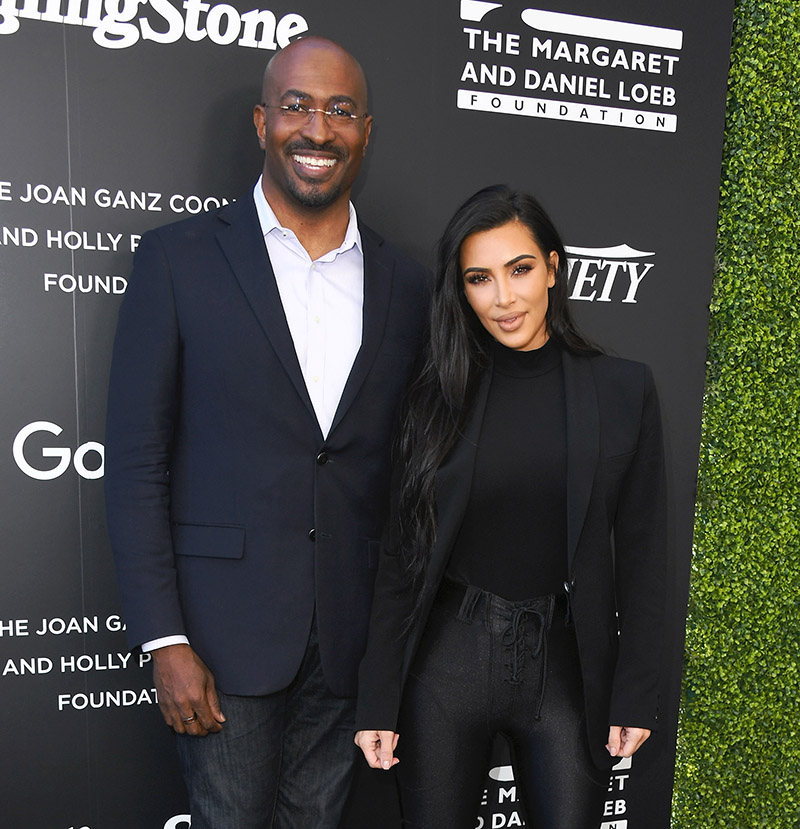 Kim, 40, is reportedly dating CNN reporter Van Jones, 52, who can't stop gushing about her to his friends.

Kim has been studying law, and she hopes that Van, who graduated from Yale Law School, will help put her on the fast-track to obtaining a law degree.

Van reportedly told friends that Kim will make "a great lawyer" because she is "incredibly persuasive and persistent."

Jeffrey responded to a Wendy Williams segment about the rumors on Thursday.

"If she only knew about the actual rappers who have visited my mouth. Taking that sh*t to the grave miss thing."

If she only knew about the actual rappers who have visited my mouth ?? Taking that shit to the grave miss thing. https://t.co/YLdCRwT2TM

Kanye is reportedly "sad, but okay” while he waits for his estranged wife, Kim Kardashian, to serve him with divorce papers.

Jeffrey, 35, fueled romance rumors last month when he posted a photo of himself in Casper, Wyoming, along with the caption: "It's Mrs. Wyoming to you... #jeffreestar #casperwyoming #wyoming."

Kanye, 43, purchased his sprawling ranch with its 10-bedroom mansion with 2 underground garages for $14 million in 2019. That's around the time Kanye emotionally checked out of his "cold" marriage with Kim.

Jeffrey left no doubt whose bed he shares when he posted an IG image of himself wearing a pink bathrobe, along with the caption, "I'm ready for Sunday Service."

He included an emoji of a pigeon that is a symbol for Rest in peace (RIP). Some IG followers speculated that his use of the RIP emoji signified the death of Kanye and Kim's marriage. The post drew over 20,000 comments.

Kanye and Jeffrey have a lot in common: Jeffree prefers his chocolate dark, while Kanye prefers androgynous women who could easily pass for men in drag.

Kanye was raised in Chicago and Atlanta by his single mom, Donda West, who died following a botched breast reduction procedure in 2007. The aspiring rapper's dad, Ray West, was a former Black Panther in the 1960s and a photojournalist for The Atlanta Journal-Constitution.

Donda and ray divorced in 1980 when Kanye was only 3. In her memoir Raising Kanye: Life Lessons from the Mother of a Hip-Hop Superstar, Donda recalled how hesitant Ray was to raise a child.

"I don't know if I can be a good father. I don't know if it's in me. That's why I don't want to do it," she quoted him in her book. Donda and little Kanye moved to Chicago while Ray stated in Atlanta.

The youngster didn't have a strong father figure in his life to teach him how to be a man growing up. He struggled with mental illness as an adult, which resulted in at least two emergency admissions to mental wards. 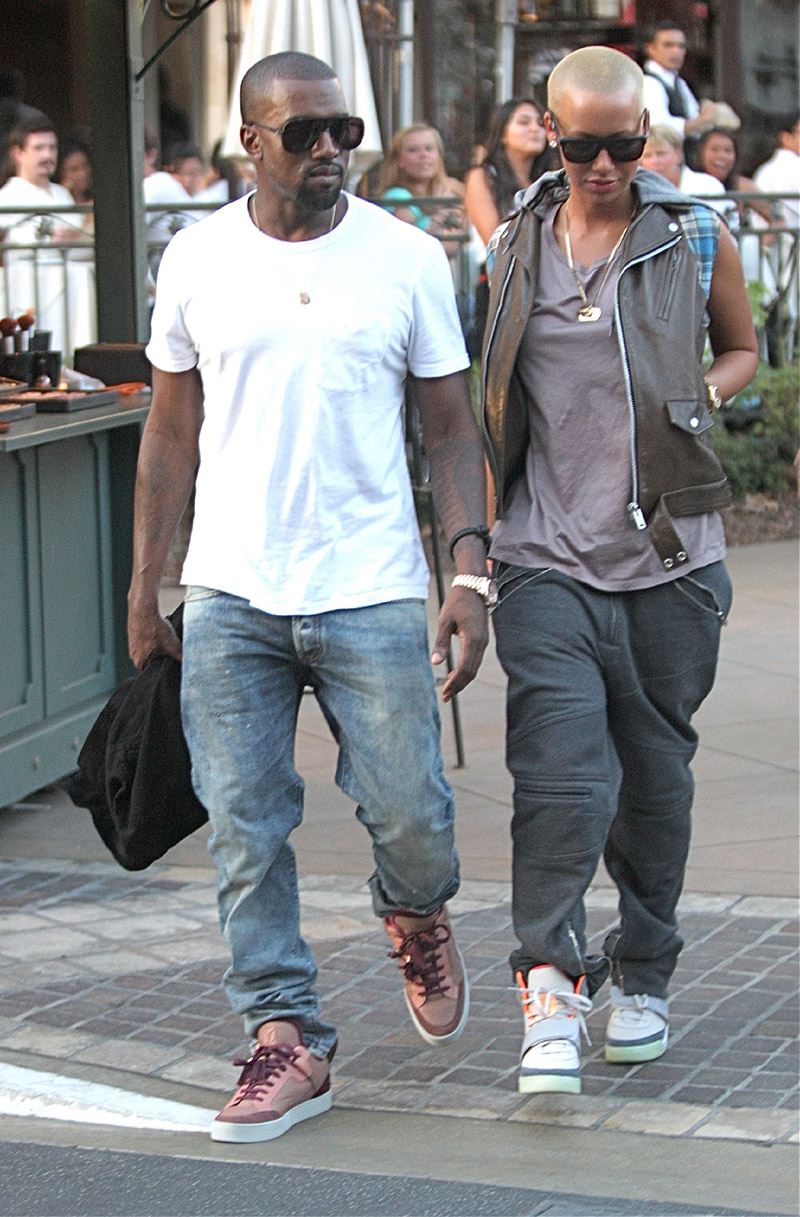 Kanye had difficulty maintaining stable relationships with androgynous women, such as bisexual socialite Amber Rose, 37, who spread rumors about Kanye's sexual preferences in an explicit tweet. 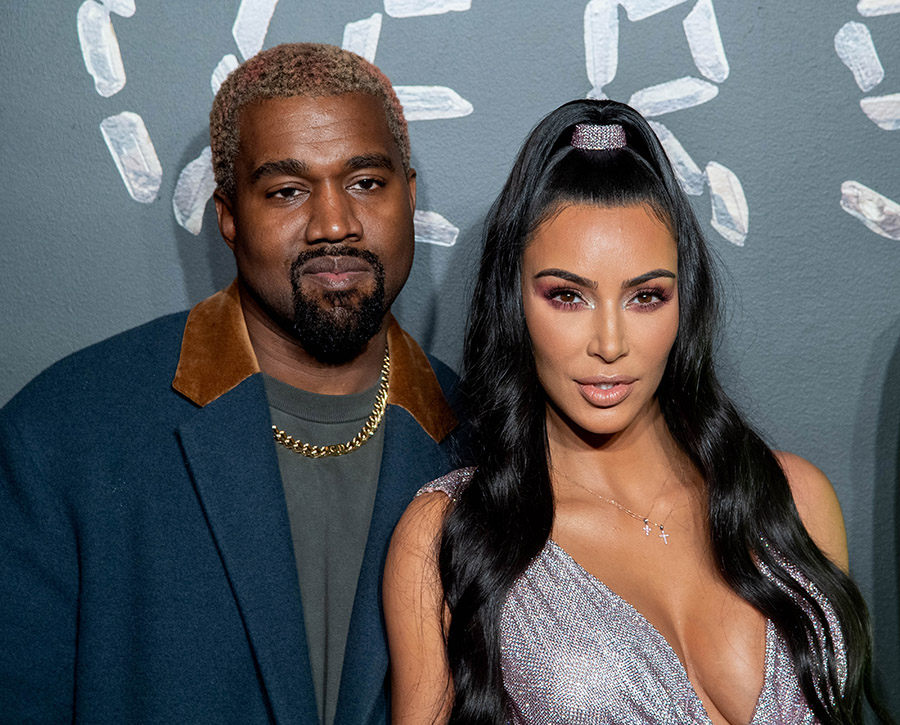 Kim is reportedly delaying the divorce proceedings until she figures out how to break the news about daddy's new girl/boyfriend to their four children.

Van met Kim at the White House when she asked President Donald Trump to pardon Alice Johnson in 2018. Kim has been studying law, and she hopes that Van, who graduated from Yale Law School, will help put her on the fast-track to obtaining a law degree.

Van, 52, reportedly told friends that Kim, 40, will make "a great lawyer" because she is "incredibly persuasive and persistent."

He separated from his wife of 14 years, Jana Carter, in 2019. Their union produced two sons, Cabral and Mattai.

Question: What do you think of Kanye and Jeffree's relationship?

Jeffree Star's storybook romance with another woman's husband is apparently over.

The 34-year-old fashion designer and makeup artist took to his Instagram story to accuse Andre Marhold of stealing from him and refusing to answer his phone calls.

"Hey! Since you can't answer the phone right now, can you give me all the stuff back that you stole from my house?? What kind of lowlife f**king scum does that? Give it back!!! If you need a return label, just ask [crying laughing emojis]." 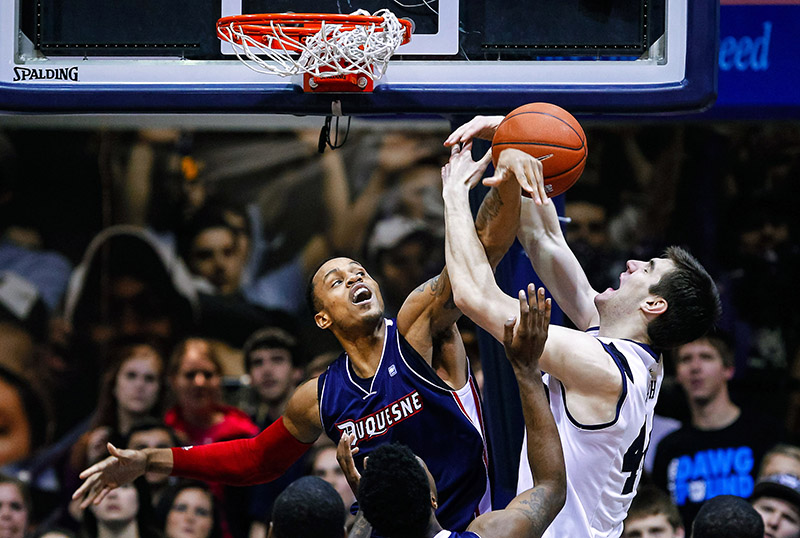 Andre, 30, is a professional basketball player who has played for Germany's Giessen 46ers. He is probably out of the country by now.

Turnabout is fair game: Jeffree reportedly stole Andre from his baby mama, Emmanuella "Leezy" Chartol. Leezy fell apart when she saw a photo of her baby daddy sitting on Jeffree's lap. She poured her heart out on Instagram.

"My son matters. My son was so happy last week. Idc if it's about money but this hurts me a lot and affects my son," she wrote. "God please help me to keep my head up for my son cause this s**t is unreal. Please help me God to be strong for my son."

"Tell me what I've done to you? Tell me why to expose yourself but my son? Money? Cause I could work harder to make our life better. I was your ride and die, I could do anything to save our relationship. Anything."