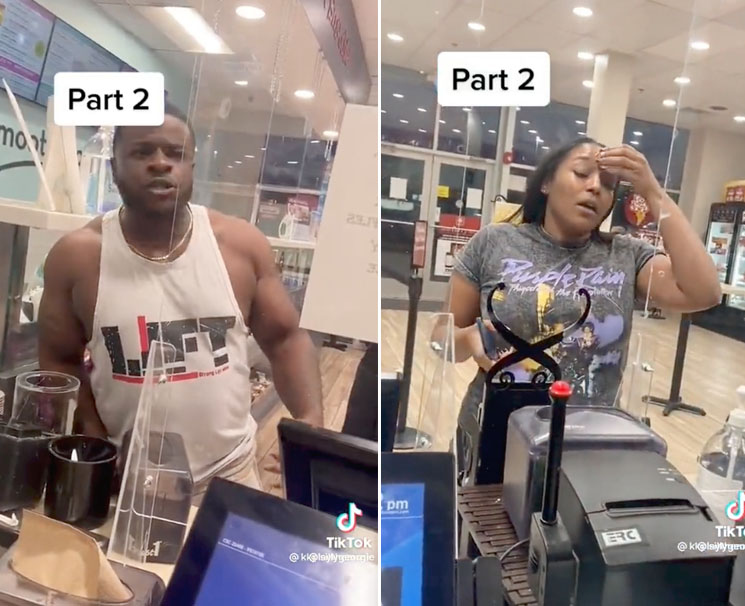 A viral video with over 5 million views on Twitter shows a couple going off on Planet Smoothie employees who refused to serve them one minute before closing.

The TikTok video shows the couple using profanity and threatening to call the corporate office because the workers refused to serve them ice cream one minute before the store closed.

The couple claim they waited in line for 30 minutes before entering the store at 8:29 p.m. But the workers insist they entered at 8:30 - closing time.

"We want to go home," one employee told the irate couple.

As the argument went back and forth, the male threatened a teenage employee. "I want you [outside]," he tells the kid.

Twitter users, who normally side with people who cry racism and discrimination, sided with the employees.

"As customers.. don't walk into a place 1 minute before closing .. just dont," one user tweeted.

Question: Who's in the wrong here: the Black Karens or the workers?

As customers.. don’t walk into a place 1 minute before closing .. just dont pic.twitter.com/OLa21phXM7