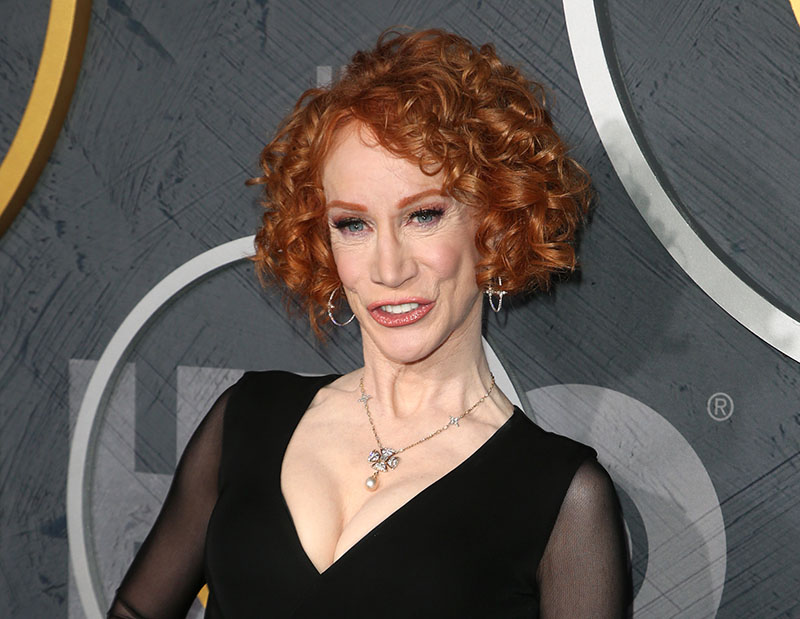 Comedienne Kathy Griffin has been diagnosed with lung cancer, despite "never smoking", and will undergo surgery to have part of her left lung removed.

The 60-year-old comedienne took to Instagram on Monday to reveal she has new onset stage one cancer in her left lung and will have half of her left lung removed today, Aug. 2.

"I've got to tell you guys something. I have cancer. I'm about to go into surgery to have half of my left lung removed. Yes, I have lung cancer even though I've never smoked! The doctors are very optimistic as it is stage one and contained to my left lung. Hopefully no chemo or radiation after this and I should have normal function with my breathing."

The Glee star is hopeful that she will make a full recovery after surgery and predicted she will be "up and running around as usual" within a month. 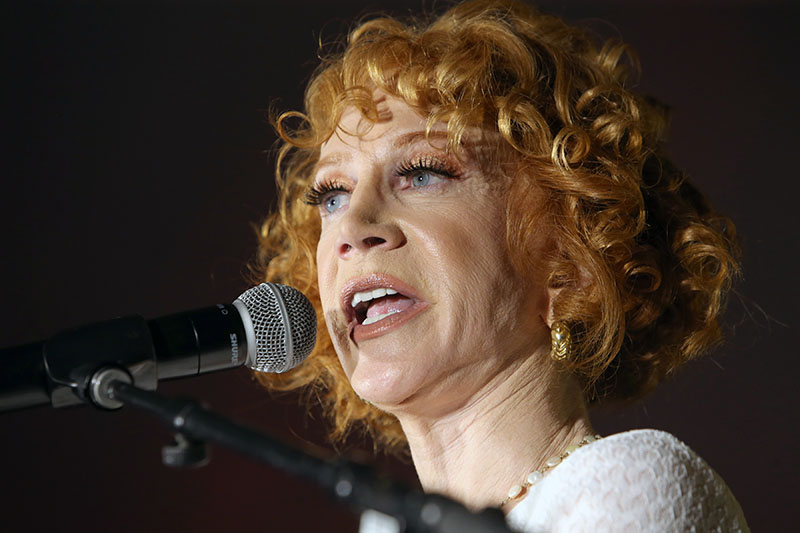 "I should be up and running around as usual in a month or less. It's been a helluva 4 years, trying to get back to work, making you guys laugh and entertaining you, but I'm gonna be just fine."

Griffin was fully vaccinated months before her cancer diagnosis.

She went on to praise the mRNA Covid-19 vaccine, saying:

"Of course I am fully vaccinated for Covid. The consequences for being unvaccinated would have been even more serious. Please stay up to date on your medical check ups. It'll save your life. XX00, KG."

Dustin Diamond, best known for his lovable character "Screech" on the hit NBC sitcom, "Saved by the Bell" -- has died. He was 44.

His condition deteriorated as the cancer metastasized from his lung to another part of his body. He was admitted to hospice care, and his dad was by his side when he passed away peacefully.

Dustin was initially hospitalized in Florida in January after experiencing pain all over his body. He was eventually diagnosed with cancer.

Dustin wasn't recast for the reboot of Saved by the Bell on NBC. Back in January 2020, he told TMZ he wasn't asked to sign up for the new project. He said he didn't know why but he argued for Screech's rightful spot among the cast.

Dustin would appear in other roles, including as the groom in 98 Degrees' music video for their 1999 hit track, "I Do (Cherish You)."

He also appeared in 2 episodes of "The Wonder Years." He became infamous for directing his own sex tape in 2006 but later admitted to Oprah Winfrey that he used a body double.

Ginsberg, 85, was hospitalized in November after breaking 3 ribs during a fall in her office at the U.S. Supreme Court in Washington, D.C.

END_OF_DOCUMENT_TOKEN_TO_BE_REPLACED

A family source stated she died from complications of pneumonia after she stopped taking cancer treatments.

END_OF_DOCUMENT_TOKEN_TO_BE_REPLACED

'Mob Wives' star Big Ang doesn't have long to live. The 55-year-old reality TV star is hospitalized with stage 4 lung and brain cancer. She is in constant pain and her family has created a GoFundme page to collect $25,000 to pay for cannabis oil pain medicine which isn't covered by regular insurance.

END_OF_DOCUMENT_TOKEN_TO_BE_REPLACED

Chances are 1 in 5 of you has cancer, will have cancer, or knows someone who has cancer. According to the American Cancer Society: there will be an estimated 1,665,540 new cancer cases diagnosed and 585,720 cancer deaths in the US in 2014. I personally know 3 young people under the age of 35 who have been diagnosed with cancer in the past year alone.