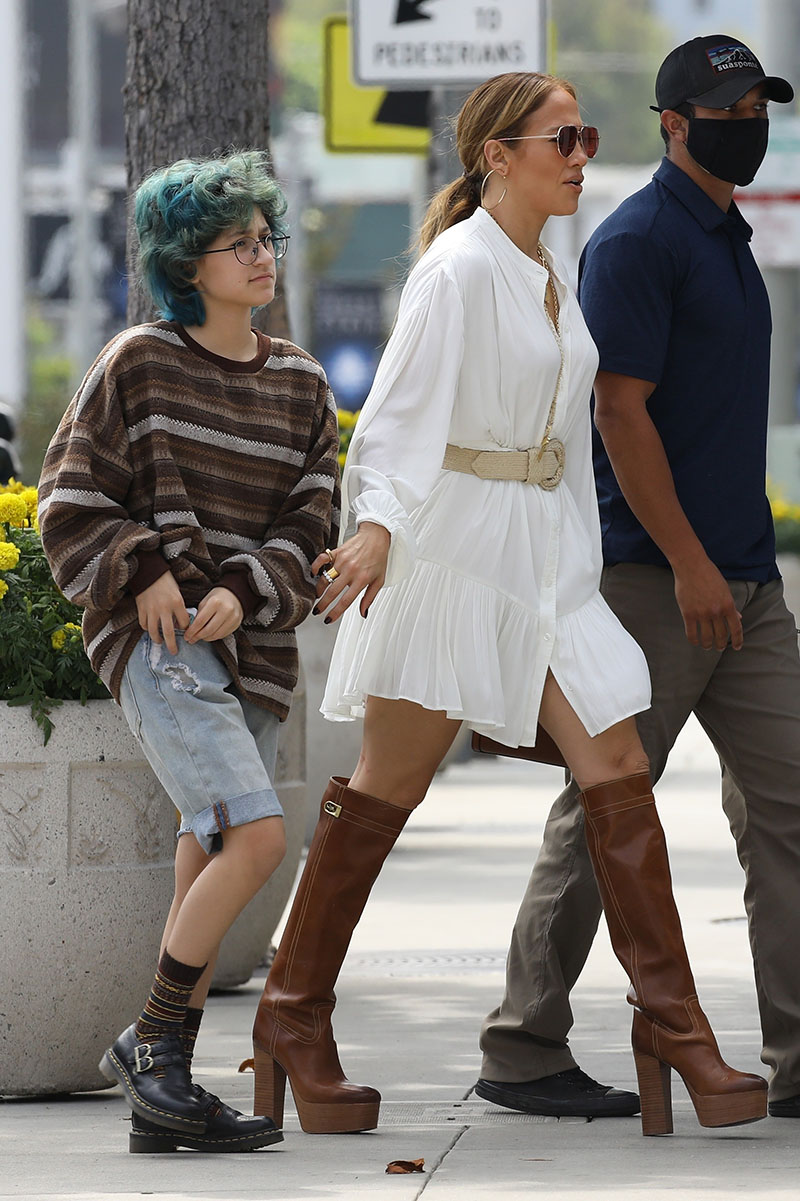 Jennifer Lopez referred to her daughter Emme Maribel Muniz as "they/them/they're" pronouns while introducing the 14-year-old at the Dodgers Foundation's Blue Diamond Gala on Thursday in Los Angeles.

The audience laughed as Lopez referred to her singular child in the plural.

"I ask them to sing with me all the time but they won't, so this is a very special occasion, because they're very, very busy and booked and pricey," Lopez joked. "They cost me when they come out."

Lopez and Emme thrilled fans with a duet of Christina Perri's "A Thousand Years."

Emme rocked a hot pink shirt and shorts with a black baseball cap turned backwards and matching shoes, while mom wore a turquoise set and a feathered robe. 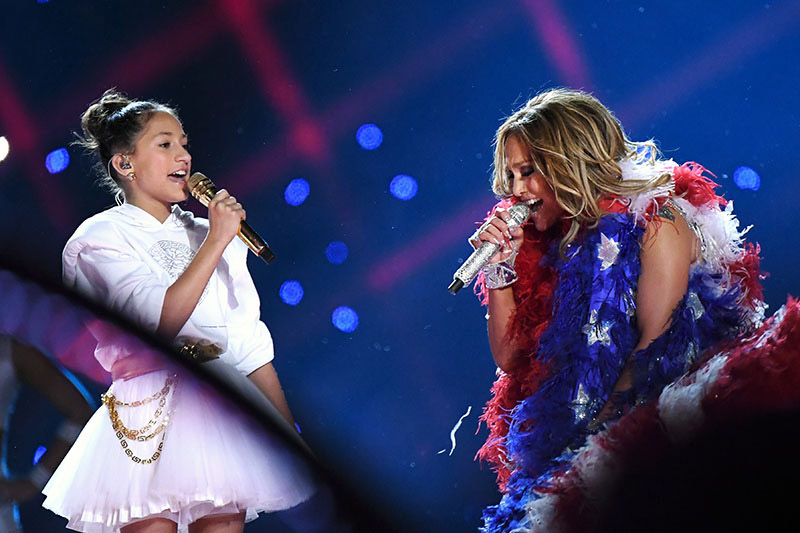 Lopez and Emme previously performed together during Super Bowl halftime on Feb. 2, 2020 in Miami. 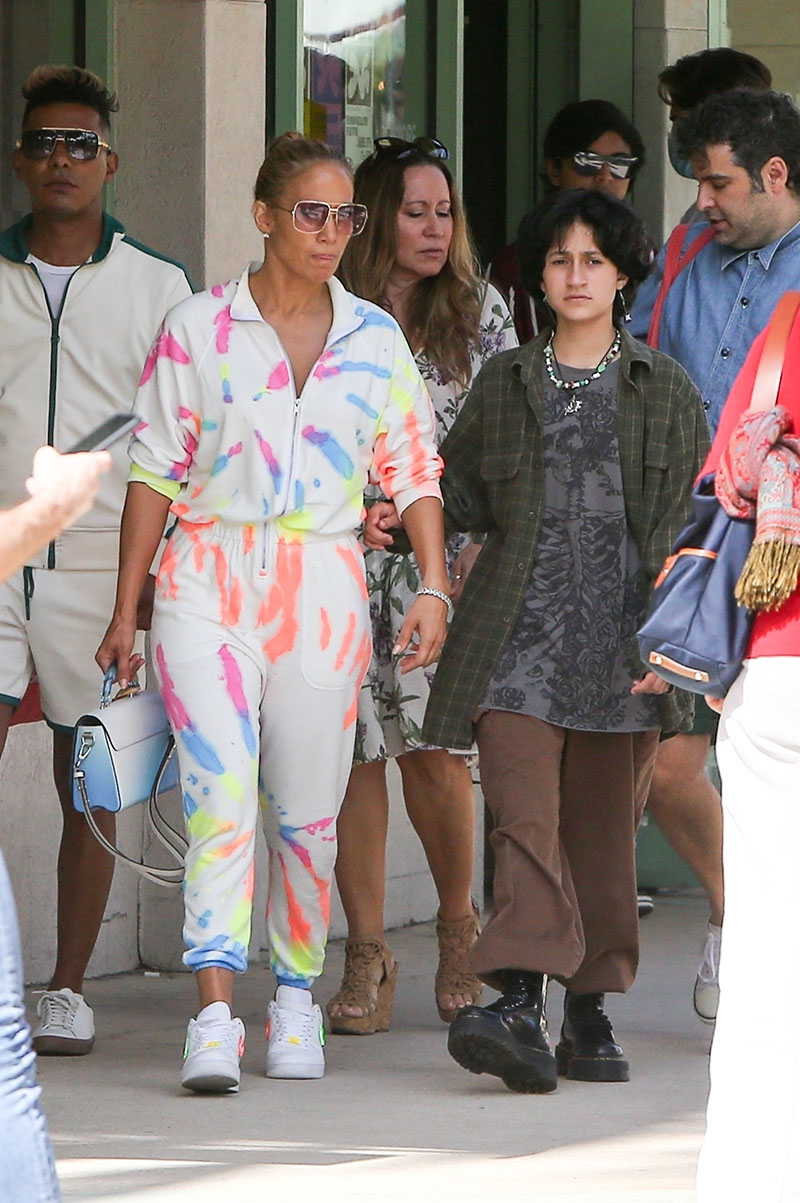 Lopez and Anthony divorced in 2014. They also share 14-year-old Maximilian, who is Emme's twin brother.

Emme and Max have half siblings named Cristian, Ryan, Ariana, and Chase. 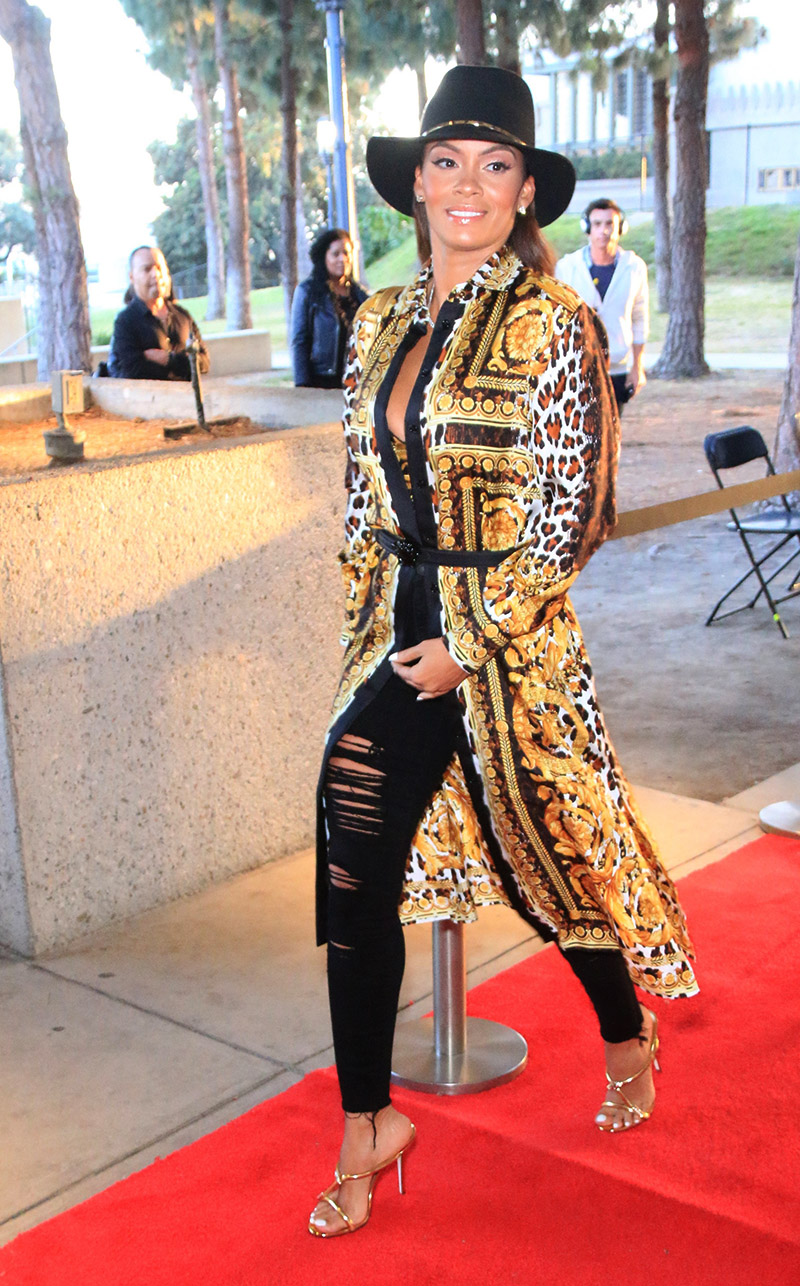 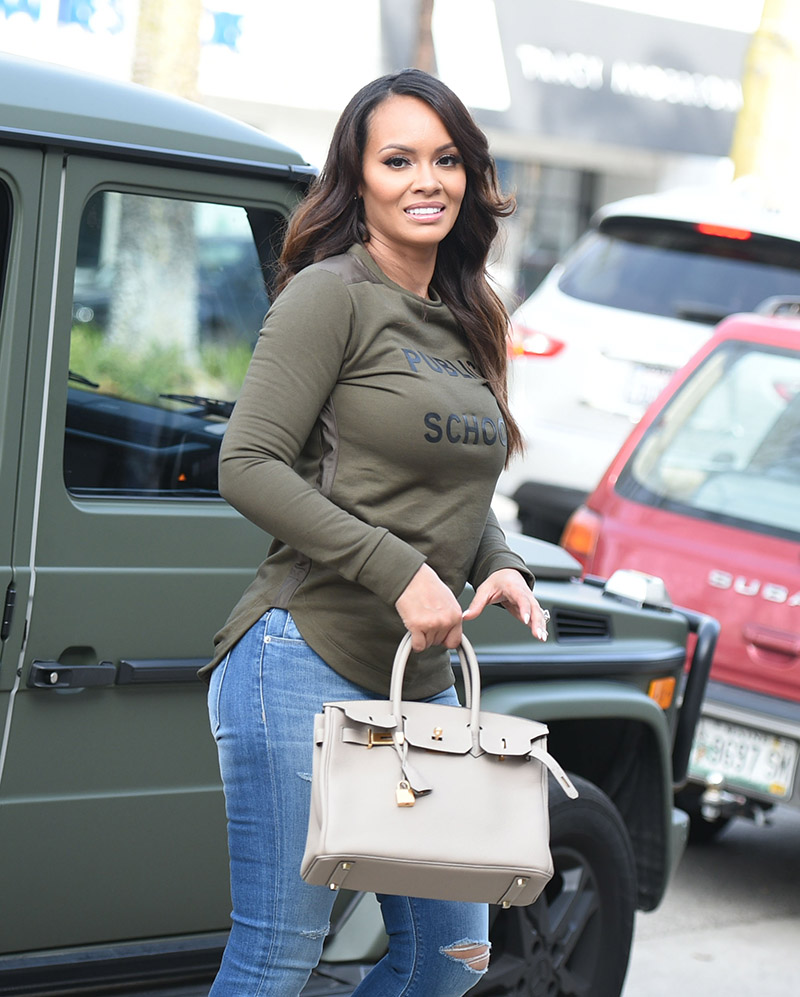 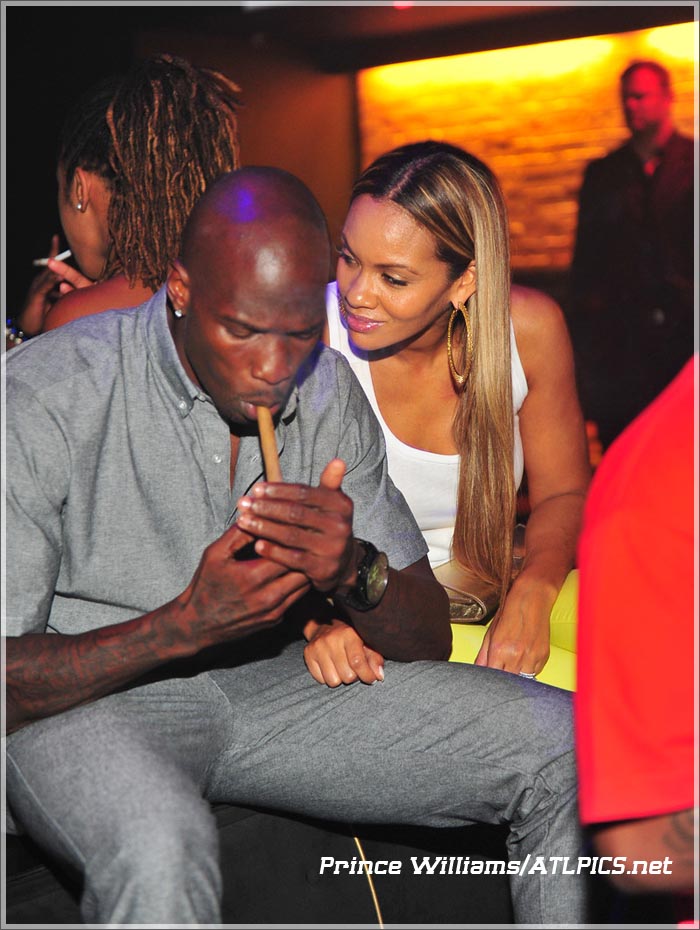 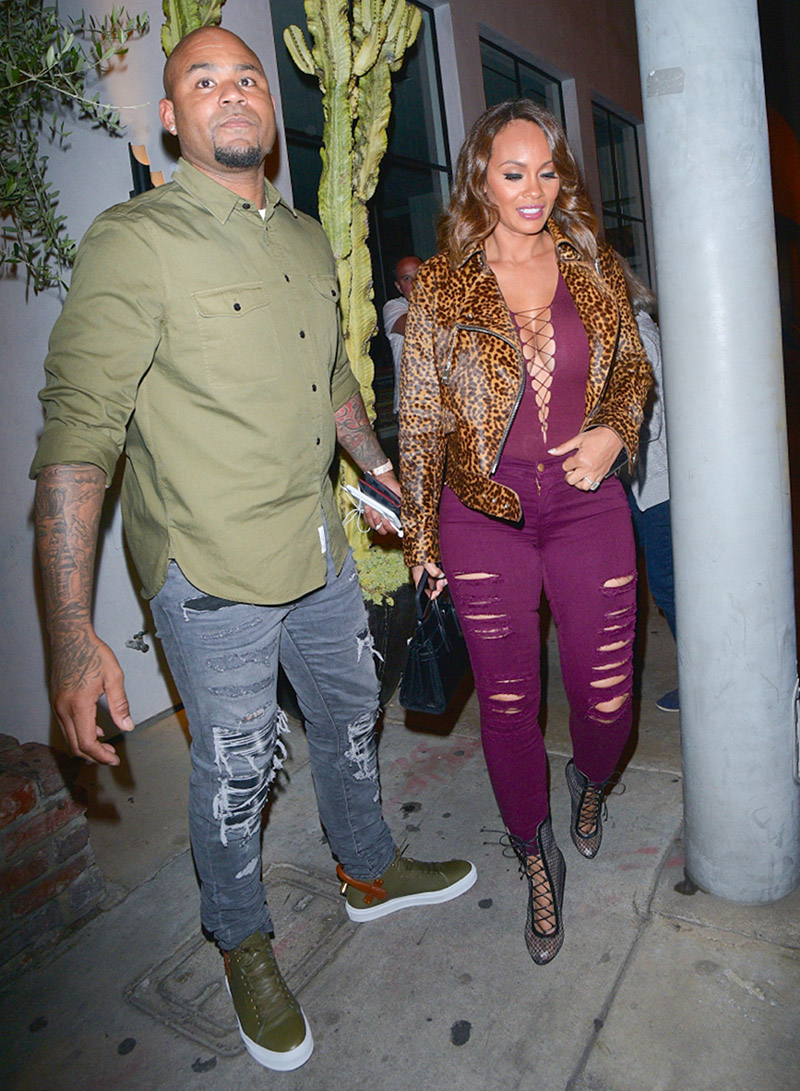 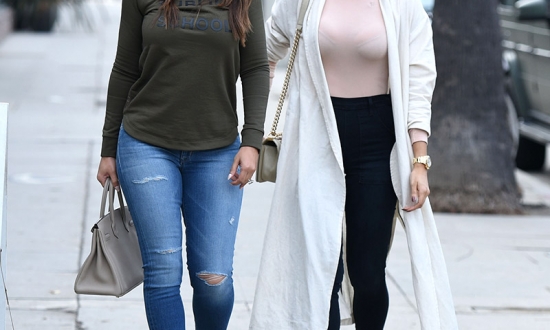 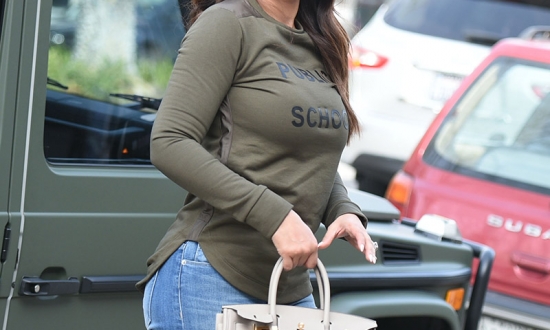 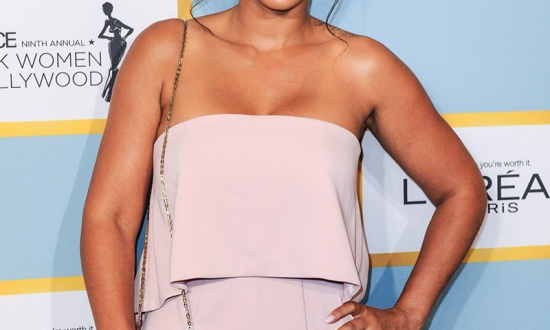 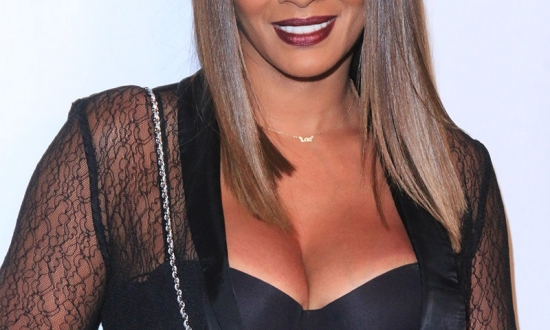 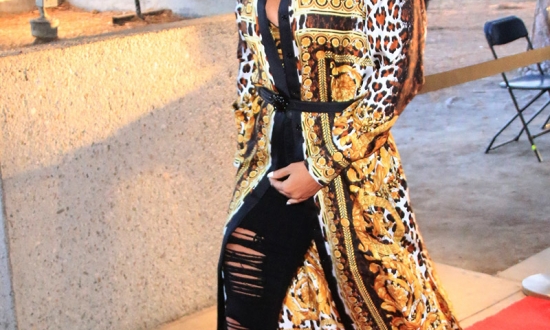 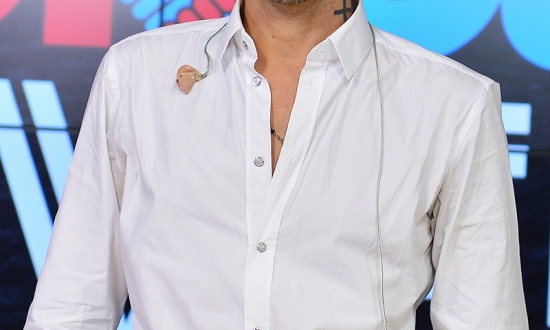 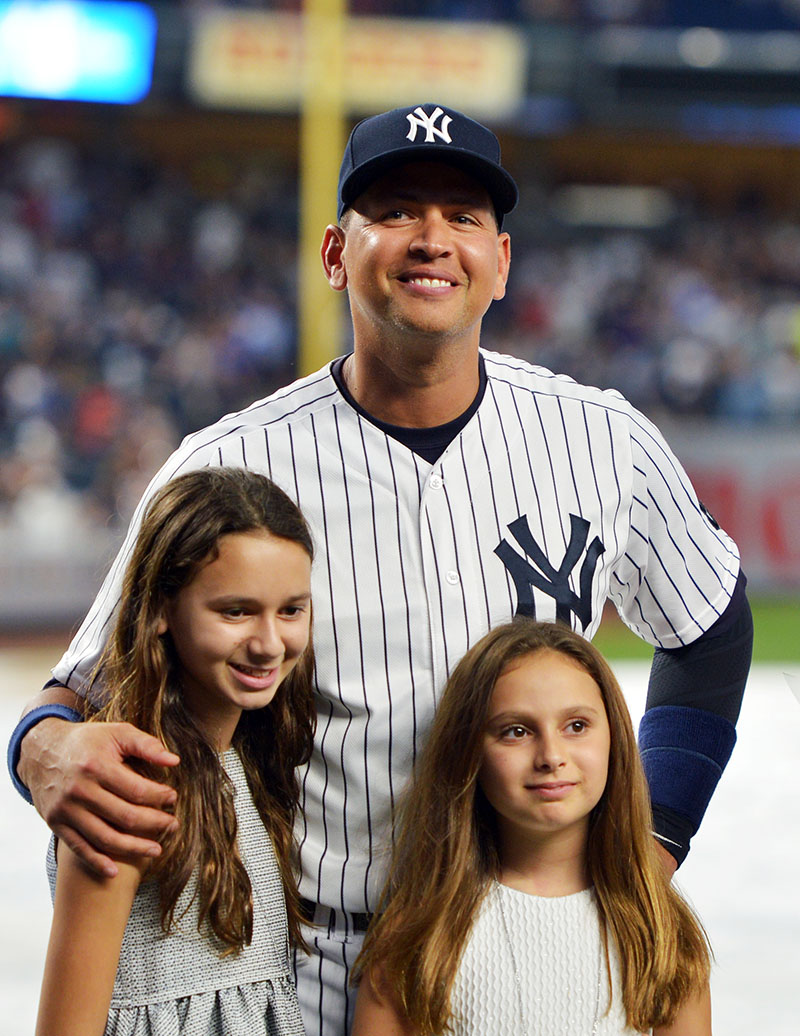 END_OF_DOCUMENT_TOKEN_TO_BE_REPLACED

President Donald Trump is anything but presidential these days. After Hurricane Maria left death and destruction in the U.S. territory of Puerto Rico, the embattled president reminded Puerto Ricans of "billions of dollars owed to Wall Street and the banks" which must be paid back.

END_OF_DOCUMENT_TOKEN_TO_BE_REPLACED

Anthony, 48, announced the split last month. The marriage is said to be "irretrievably broken".

The Latin singer and the 28-year-old Venezuelan model married in 2014 after a whirlwind courtship.

He and Jennifer Lopez, 47, divorced after 10 years of marriage. They have twins -- a girl and a boy -- together.

Anthony is also father to a daughter with ex-girlfriend Debbie Rosado and shares 2 sons with Miss Universe 1993 Dayanara Torres.

Singer/actress Jennifer Lopez took a break from work to vacation with hubby Marc Anthony and their cuddly twins Max and Emme on a yacht near the island of Lerins in France yesterday.
Photo: INF DAILY

END_OF_DOCUMENT_TOKEN_TO_BE_REPLACED

Jennfer Lopez joins the long list of celebrities whose clothing lines have flopped due to apathy among their fans. It seems the business managers for these celebs are running out of get rich quick schemes, aka investments, to sink their client's cash into.

Remember when J-Lo was the ish? When her photos sold for thousands of dollars a pop and you couldn't tell her anything? Well, those days are long gone.

In 2006, J-Lo's clothing line, Sweetface, took in over $200 million in profits. But that was back then when she was the ish.

Lopez's clothing lines seem just as volatile as her image. One day she's Selena, then she's Jenny From the Block, then she's J. Lo, then you're on a red carpet circa 2007 and all the photographers are saying you'd better not dare call her J. Lo or she won't pose for pictures. And then she's having Marc Anthony's babies and getting bangs, all the while not wearing any of the clothes or shoes or jewelry she purportedly designs. READ MORE...

According to reports, Jennifer Lopez is in a NY hospital about to pop. The Latin diva joins other Hollywood actresses who seek the services of fertility doctors specializing in multiple births.

Hospital officials denied that the Bronx-born superstar who is expecting twins was at the medical center. Two hospital sources, however, said she was "in the house" and had checked in under a false name. (Source)

Marc Anthony's rep insists J-Lo is not in labor. Yesterday, rumors were rampant that J-Lo had given birth to her twins.