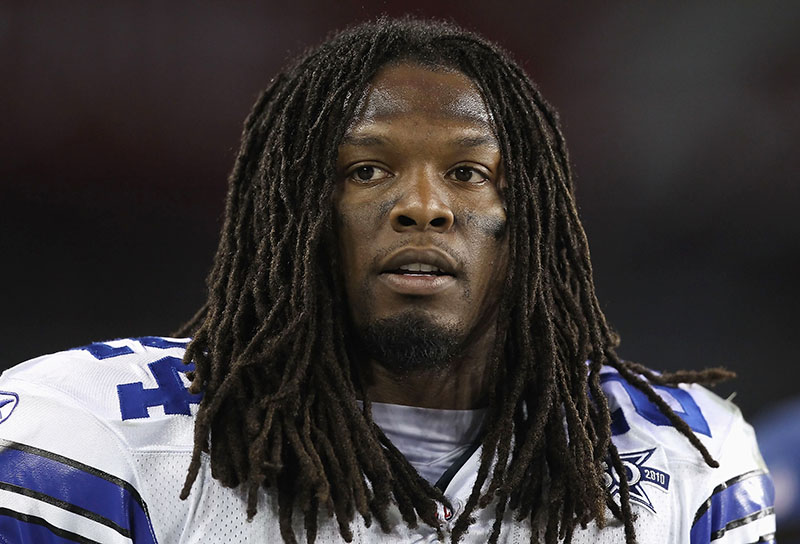 Former Dallas Cowboys running back Marion Sylvester Barber III died from heat stroke in his Frisco, Texas apartment on June 1. He was 38.

Barber was found dead by police who forcd entry into his apartment to conduct a welfare check after a report of a water leak at the residence.

RELATED: Medical Minute: 10 Side Effects of Not Drinking Water

His body was discovered inside the shower. Water was running in the overflowing tub. Barber had not been seen in public for around 3 weeks before his body was found.

The Collin County Medical Examiner's Office ruled Barber's cause of death was heat stroke caused by exercising in "sauna-like conditions" in his apartment.

According to police, Barber's thermostat was set at 91 degrees. TMZ reports the star athlete had a "history of exercising during sauna-like conditions."

According to the report, there was no sign of foul play. There was no evidence of trauma or drugs found in Barber's body, and "no clear evidence of natural disease found" either.

via TMZ -- In a separate Frisco Police Dept. incident report, also obtained by TMZ Sports, officers say Barber had not been seen for around 3 weeks prior to the discovery of his body on June 1.

In the docs, officers say multiple people told them they tried to make contact with Barber throughout May as there appeared to be a leak coming from his apartment -- though all attempts were unsuccessful.

Former Dallas Cowboys running back Marion Sylvester Barber III was found dead in his Frisco, Texas apartment on Wednesday, June 1. The cause of death is not known. He was 38.

Police conducted a welfare check after a report of a water leak at the residence. Officers forced their way into the apartment and discovered the body.

"Frisco Police responded to a welfare concern at an apartment believed to be leased by Marion Barber," police spokesperson Joshua Lovell said.

The Cowboys announced Barber's death in a statement on Wednesday:

"We are heartbroken by the tragic death of Marion Barber III. Marion was an old school, hard-nosed football player who ran with the will to win every down. He had a passion for the game and love for his coaches and teammates. Our hearts go out to Marion's family and friends during this difficult time."

Barber was drafted by the Dallas Cowboys in the fourth round of the 2005 NFL Draft. He played six years in the NFL between 2005 and 2011.