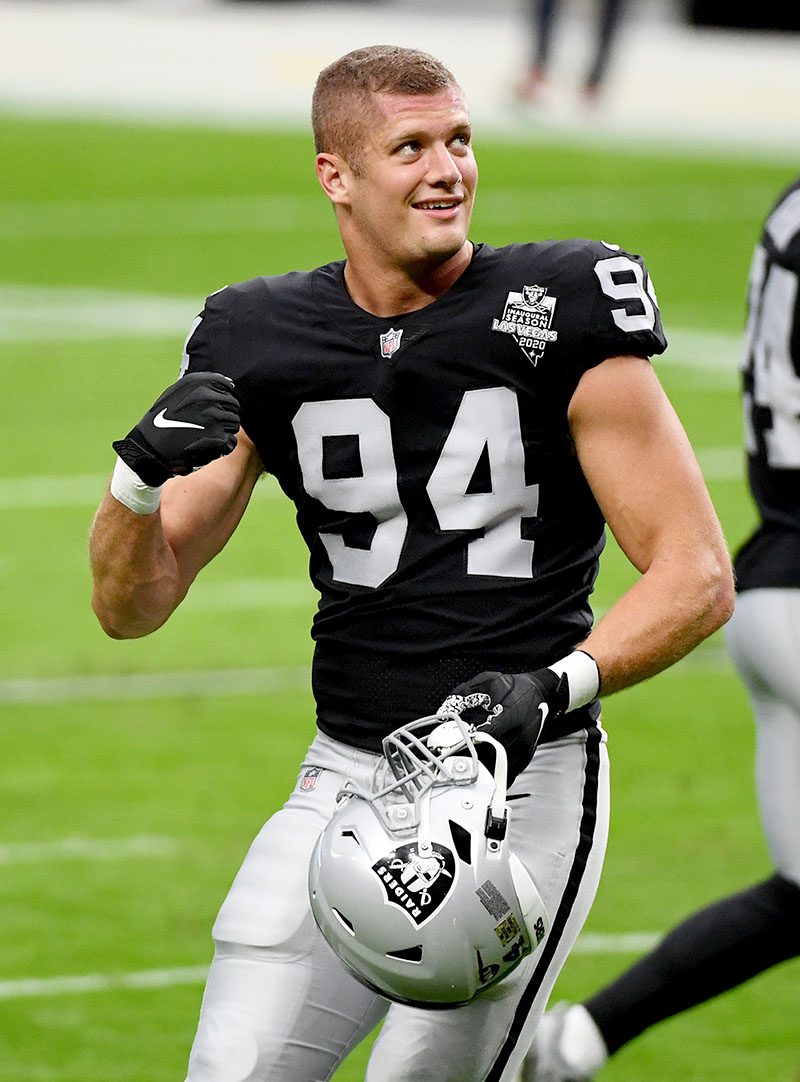 Nassib made the announcement 7 years after former NFL player Michael Sam first opened the door for down low NFL players to walk through.

Carl Nassib took to social media on Monday, June 21, to share a video message in which he opened up about his sexuality.

"I just wanted to take a quick moment to say that I'm gay. I've been meaning to do this for a while now, but I finally feel comfortable getting it off my chest. I really have the best life. I got the best family, friends and job a guy can ask for."

Nassib, 28, confessed he "agonized over this moment for the last 15 years", but he felt it was time to stand up to represent the LGBTQ community.

He kickstarted his new chapter by making a generous donation.

"I'm a pretty private person so I hope you guys know that I'm not doing this for attention," he said. 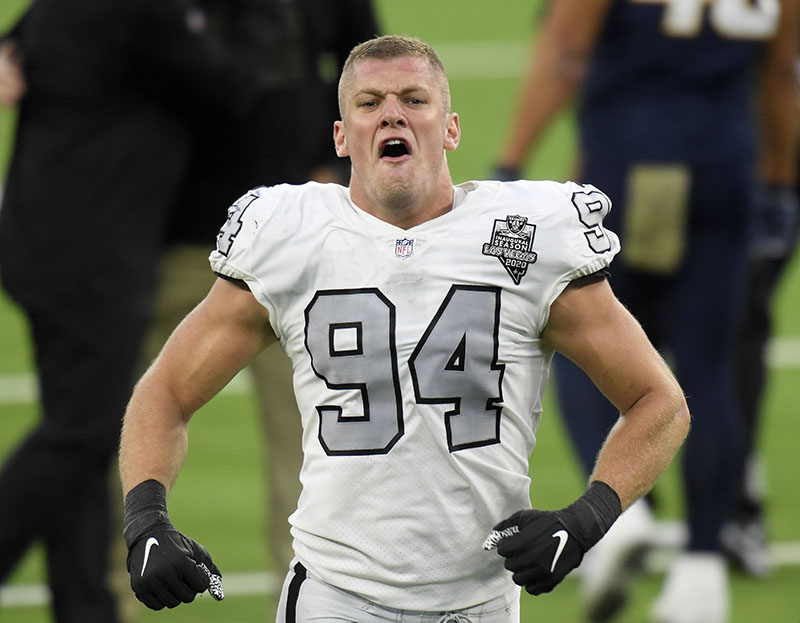 "I just think that representation and visibility are so important. I actually hope that one day, videos like this and the whole coming out process are not necessary, but until then I will do my best and my part to cultivate a culture that's accepting and compassionate and I'm going to start by donating $100,000 to the Trevor Project. They're an incredible organization, they're the number one suicide-prevention service for LGBTQ youth in America."

Nassib previously played for the Cleveland Browns and the Tampa Bay Buccaneers before signing a three-year, $25 million contract with the Raiders in 2020.

Blac Chyna, aka Angela Kardashian, looks like she is about to pop in a form-fitting aquamarine blue dress while leaving a hotel in Beverly Hills. Chyna is reportedly pregnant with socialite Rob Kardashian's baby. The baby will be her second child and Kardashian's first (that we know of).

END_OF_DOCUMENT_TOKEN_TO_BE_REPLACED

Michael Sam, 27, is finding out the hard way that racism exists within the gay community.

Sam, like other gay blacks who prefer dating only white men, are dismayed that they are snubbed by white men on dating websites.

END_OF_DOCUMENT_TOKEN_TO_BE_REPLACED

Yesterday was Spirit Day in the gay community, and to commemorate GLAAD's anti-bullying campaign, unemployed NFL player Michael Sam and twink Vito Cammisano put on their purple and recorded this video together.

END_OF_DOCUMENT_TOKEN_TO_BE_REPLACED

Actress Nia Long and her son Massai Zhivago Dorsey II, 14, were spotted grocery shopping at a market in Hollywood on Monday. Women can't teach boys how to be men, but a woman can teach a boy how to shop for good deals and how to cook to feed himself until he takes a wife. Massai appeared in his first acting role alongside his mom in Tyler Perry's The Single Moms Club. Nia, 44, also has a 3-year-old son, Kez Sunday Udoka, with ex-boyfriend Ime Udoka.
Photos: JLM / Splash News

END_OF_DOCUMENT_TOKEN_TO_BE_REPLACED

Actress Charlize Theron and her adorable son Jackson were all smiles as they walked hand-in-hand to his karate class in Hollywood. Jackson looks like a happy, well-adjusted little boy. Theron and manly actor Sean Penn are rumored to be engaged.
Photos: Splash News