The member of the Nation of Islam recently lost his job, was despondent and sought spiritual help.

Police opened fire on Green as he exited his car wielding a knife. He was pronounced dead at the scene.

Green referred to himself as "Brother Noah X" in a lengthy Facebook post. He complained about Covid-19, unemployment, the rising national debt, and political division.

"There is much confusion in this day and age in my perspective. The ongoing COVID crisis, unemployment, rising National Debt, division within the political sphere, rumors of war and the like. But one thing I'm assured everyone can lean on is faith in the Honorable Minister Louis Farrakhan as the man who can carry us through the dark hour."

He encouraged everyone to study the Book of Revelations and to learn the teachings of the Honorable Elijah Muhammad. 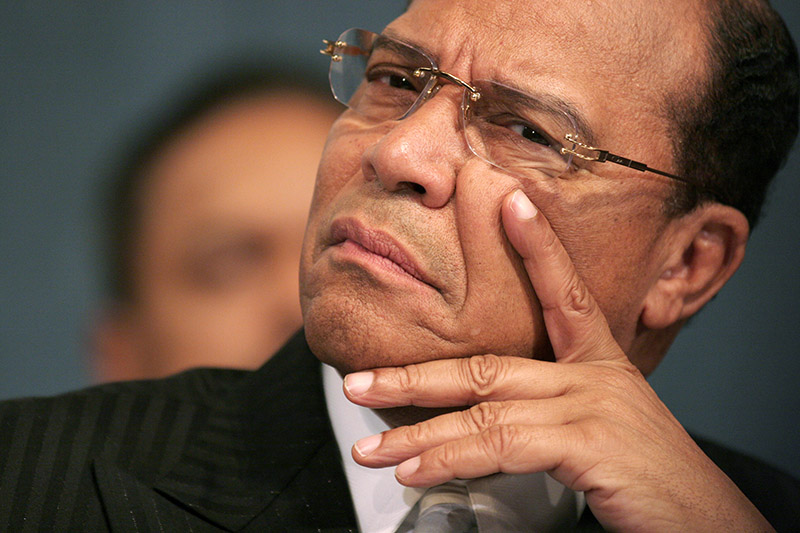 Nation of Islam Minister Louis Farrakhan issued a stern warning to Black people about the vaccine being developed for the COVID-19 virus.

Normally it takes several years of animal and human clinical trials before a vaccine is brought to market. But the COVID-19 vaccine is being fast-tracked to hit the market within months - despite the low death toll.

In a speech titled "The Criterion," Farrakhan urged Africans to be skeptical of the vaccine, citing the country's troublesome medical history of experimenting on Black people.

"I say to my brothers and sisters in Africa... if they come up with a vaccine, be careful," Farrakhan said before also warning Black people in America.

"Do not take their medications. We need to call a meeting of our skilled virologists, epidemiologists, and students of biology and chemistry," Farrakhan said. "We need to give ourselves something better. There are 14 therapies we can treat it with. The virus is a pestilence from Heaven. The only way to stop it is going to heaven."

Rapper Snoop Dogg, left, took to Instagram to strongly disagree with Facebook over the banning of Minister Louis Farrakhan, right. In a profanity-laced video, Snoop invited Mark Zuckerberg to ban him from Instagram. He also suggested a boycott of Facebook and Instagram. "What if we ban y'all?" he asked.

END_OF_DOCUMENT_TOKEN_TO_BE_REPLACED 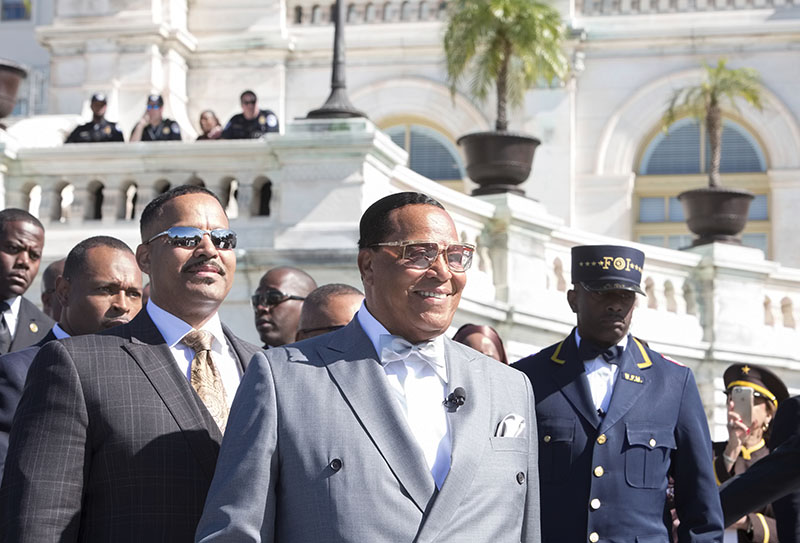 END_OF_DOCUMENT_TOKEN_TO_BE_REPLACED

Farrakhan spoke with disdain in his voice about Obama's self-serving speech at the Congressional Black Caucus gala, where Obama said his presidential "legacy" was in jeopardy if black people didn't vote for Hillary Clinton.

END_OF_DOCUMENT_TOKEN_TO_BE_REPLACED

In an interview with CNN reporter Don Lemon, Minister Farrakhan breaks down the psychology behind Michael Jackson's lifelong struggle with self hate and the multiple surgeries he underwent to erase his blackness. Farrakhan says "the evidence is there" that Michael didn't have love of himself.