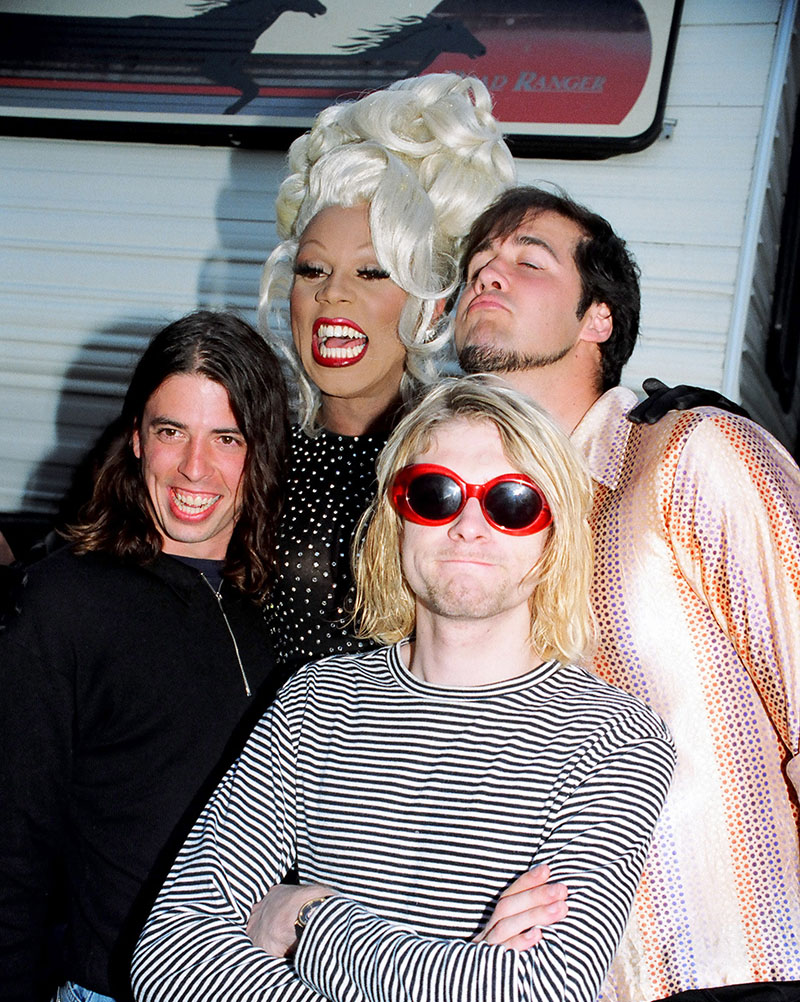 The man featured as a naked baby on the cover of Nirvana's classic album titled Nevermind is suing the band for child sexual exploitation.

The members of Nirvana - Dave Grohl, Kurt Cobain and Krist Novoselic -- posed with drag queen RuPaul at the 1993 MTV Video Music Awards. Cobain committed suicide by gunshot in 1994 at age 27.

Spencer Elden claims he was exploited as a 4-month-old "sex worker" when he was photographed swimming underwater, chasing a twenty dollar bill.

In a lawsuit filed at the District Court in the Central District of California, Spencer claimed he has suffered "lifelong damages" as a result of the image being used on the cover.

He said his guardians never signed a release "authorizing the use of any images of Spencer or of his likeness, and certainly not of commercial child pornography depicting him". 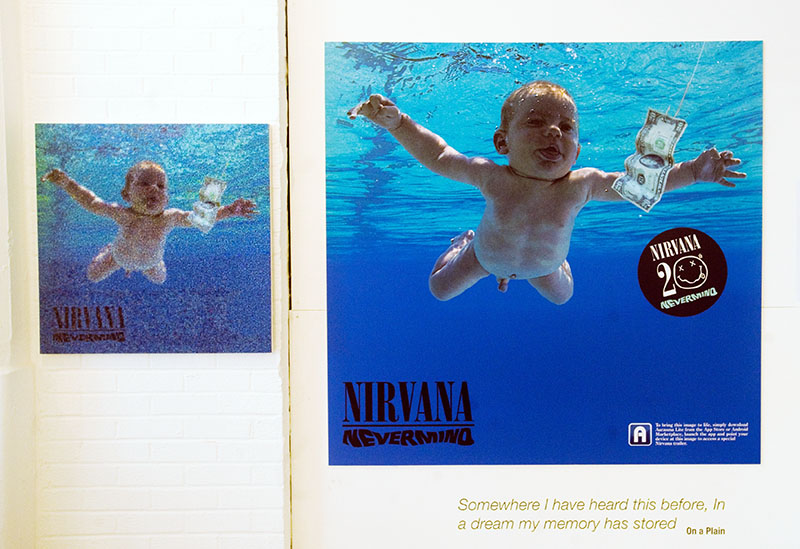 Spencer's attorney, Robert Y. Lewis, claims the album cover is pornographic because the baby is chasing money — "like a sex worker."

In addition to attorney fees, an injunction to prohibit all parties from "continuing to engage in the unlawful acts and practices described herein," and a trial by jury.

He named the members of Nirvana, the estate of the late Kurt Cobain, Cobain's ex-wife Courtney Love, photographer Kirk Weddle, and various record labels as defendants.

Spencer alleged that they "knowingly produced, possessed, and advertised commercial child pornography depicting Spencer, and they knowingly received value in exchange for doing so."

He added "the Defendants failed to take reasonable steps to protect Spencer and prevent his widespread sexual exploitation and image trafficking."

There is one hurdle standing in Spencer's way to convince a judge that he is a victim.

In 2013, then-22-year-old Spencer recreated the Nirvana Nevermind album cover for a magazine photo shoot. He is seen chasing a dollar in a swimming pool.

17-year-old Spencer Elden recreates the Nirvana "Nevermind" cover. He was the baby swimming in the photo. pic.twitter.com/rtsyKgn5t6

At the time, Spencer said he was proud of his notoriety as the baby on the cover of Nevermind. He said the money he received for the album cover helped pay his college expenses.

He also had the album name "Nevermind" tattooed on his chest.

The lawsuit comes after Elden gave an interview to GQ Australia back in 2016, when he admitted he was "p**sed off" about the artwork.

"Recently I've been thinking, 'What if it wasn't OK with my freaking penis being shown to everybody?' I didn't really have a choice," he said.