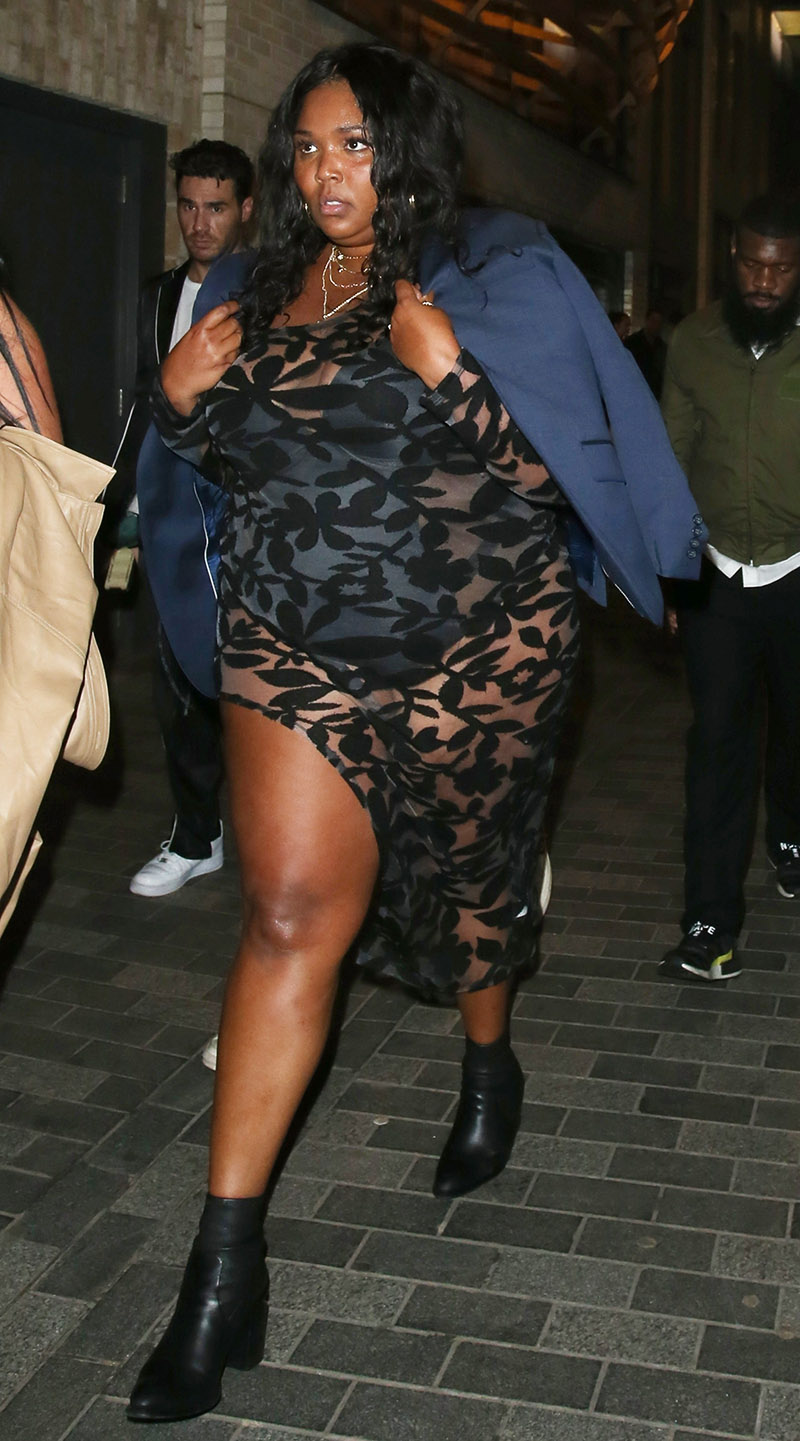 You can't please everyone. So-called "fat feminists" are furious with singer Lizzo after she embarked on her weight loss journey without seeking their permission.

Full-figured women who are happy in their bodies took to social media to rebuke the 32-year-old pop star after she confessed to hating her body and despising how she looked in a mirror. 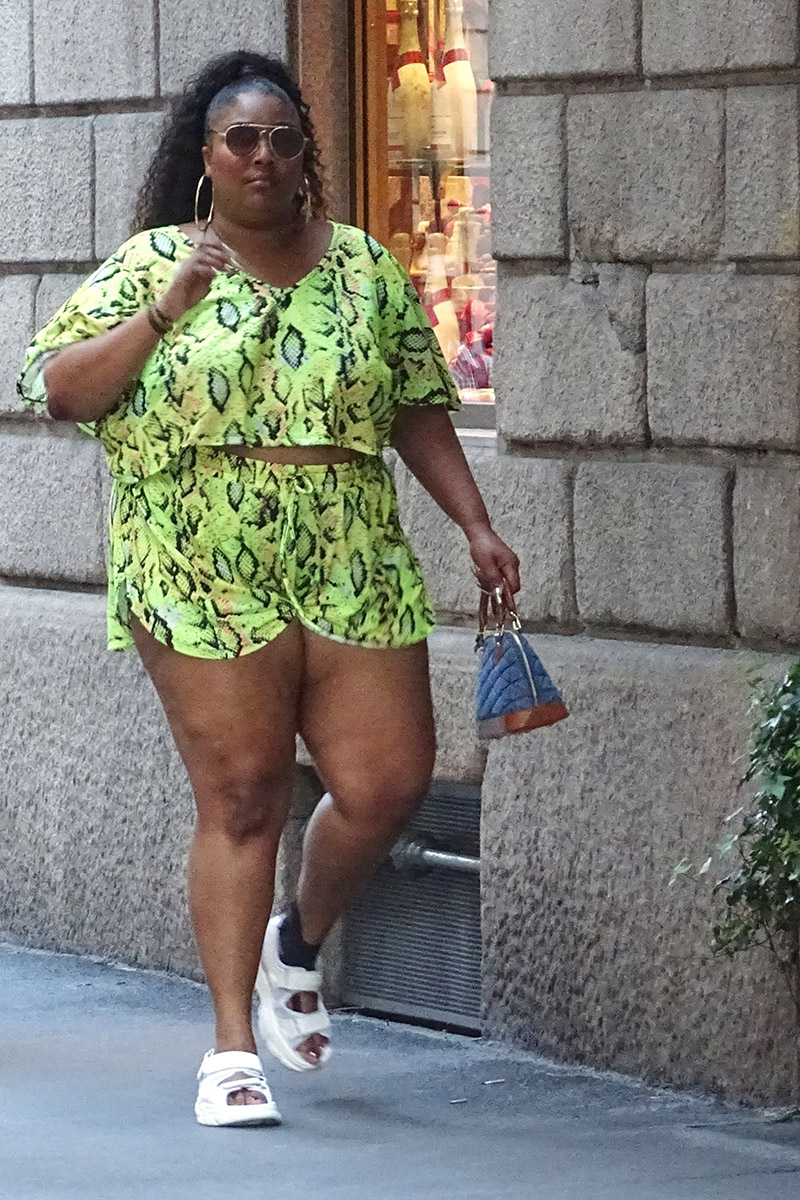 In a TikTok video Lizzo said, "I came home, and I took my clothes off to take a shower, and I just started having all of these really negative thoughts about myself. Like, you know, 'What's wrong with me?'... 'Why am I so disgusting?' and hating my body."

Fat feminists on Twitter called Lizzo out and accused her of being "fatphobic."

"The problem here now, is that fatphobics and horrible people will now use Lizzo's weight loss as a tool to further shame and abuse fat women who are happy in their bodies."

"my heart hurts with all my fat peers today. even though she won't say it and will probably try to excuse it, I'm sorry that @lizzo did that to us. we are worthy and what she posted was so f***ed. if you are triggered and upset by it I and right there with you."

Leah, who is Caucasian, apologized after Black Twitter descended on her timeline and attacked her -- as if morbid obesity is a Black thing.

Another user wrote: "girl remove that blm photo from ur header and while ur at it stay [out] of blk folk business. foreva!!"

"STAY OUT OF BLACK FOLKS BUSINESS IN GENERAL. Youre not an ally, youre a undercover enemy. Selfish, controlling, only care about BW when they're fat or fir your agenda I guess. Youre just like these Republican WM and its people just like you that gives libs a bad rep."

Leah responded to the criticism:

"The biggest thing is that I am genuinely sorry, and I had no idea just how much I was feeding into the racism of Black women being so highly scrutinized and held to such high standards. I should’ve, I can, and I will do better." 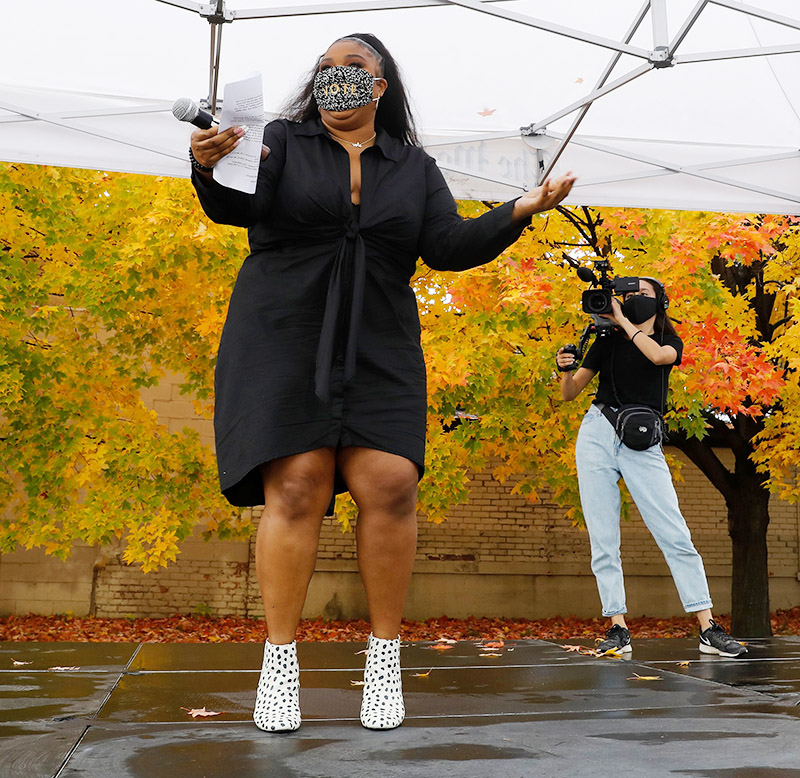 Lizzo is just like you. The "Juice" singer admits she is still struggling with body image issues and negative thoughts. She's in a depressing head space so close to Christmas.

Speaking in a video to fans on TikTok, she said:

"I came home, and I took my clothes off to take a shower, and I just started having all of these really negative thoughts about myself. Like, you know, 'What's wrong with me?' 'Maybe everything, all the mean things people say about me are true.' And, you know, 'Why am I so disgusting?' and hating my body. I'd normally have some positive thing to say to get out of this (but I didn't this time). And that's OK, too. I think these are normal. They happen to everybody. They happen to the best of us. We are the best of us. I can only hope that it changes for the better. But I know I'm beautiful. I just don't feel it. But I know I'm going to get through it."

"You can be the coolest, most richest person ever and it doesn't buy you f**king happiness. Money doesn't buy you happiness. Fame only puts a magnifying glass on the s**t that you already have. And if that s**t is f**ked up, you're just going to have even more magnified f**ked up s**t in situations where it doesn’t even seem valid or like you're even like supposed to feel that way and so it f**ks you up even more because you feel super f**king ungrateful."

Fans pleaded with Lizzo to seek help. The holidays can be the most depressing time of the year for many Americans.

The family of a morbidly obese Houston woman say she desperately needs a life-saving gallbladder operation -- but doctors refuse to operate on her.

END_OF_DOCUMENT_TOKEN_TO_BE_REPLACED

A British hate group targets overweight commuters by handing out hateful cards that fat-shame them into losing weight.

The group who call themselves "Overweight Haters, Ltd." target commuters who are overweight. The group hands out cards that read: "It's really not glandular, it's your gluttony."

END_OF_DOCUMENT_TOKEN_TO_BE_REPLACED

The National Institute of Health has allotted $1.5 million to study why lesbians tend to be overweight. Yes, I know, the money could have gone to feed and house the homeless, but this study must be important to somebody.