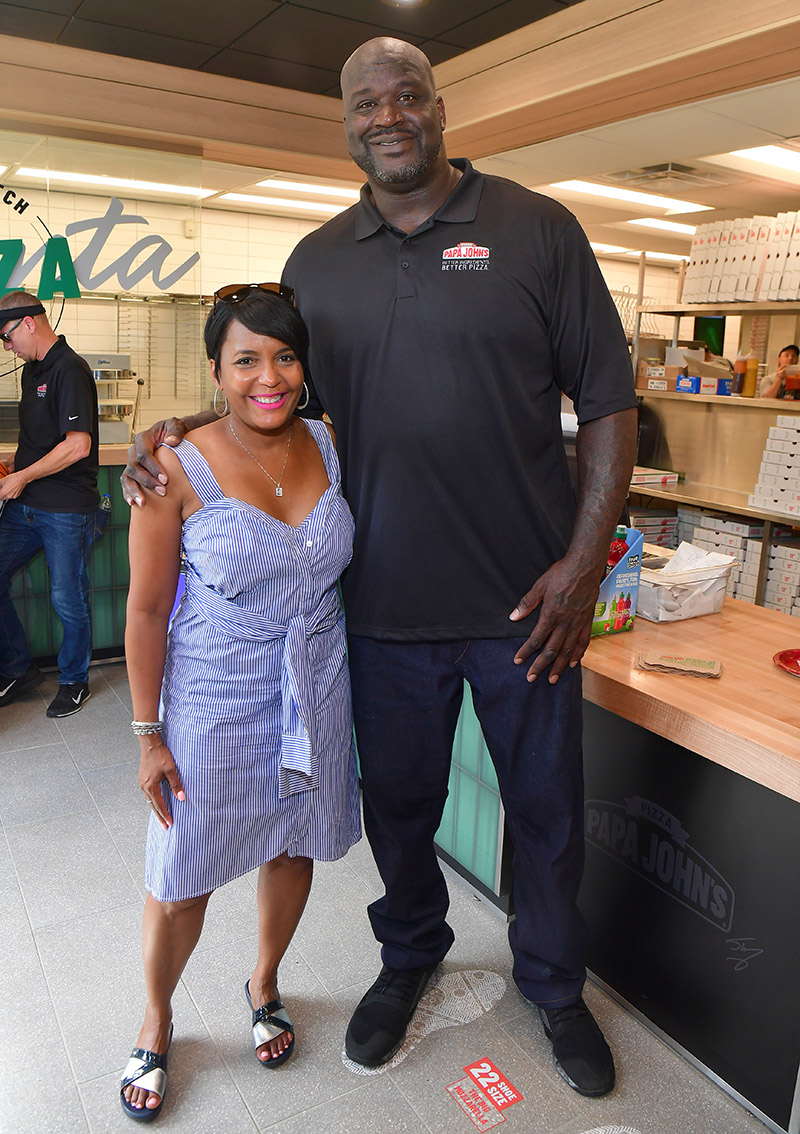 Shaquille O'Neal was positioned to be the face of Papa John's Pizza after the company spent $50 million to scrub founder Joe Schnatter's face from pizza boxes and delivery vans.

But now it seems O'Neal may get the pink slip for missing too many shareholder's meetings.

O'Neal is pictured with Atlanta Mayor Keisha Lance Bottoms at the grand opening of his Papa John's franchise store in Atlanta in August 2019.

Last year, O'Neal reportedly approached then-CEO Steve Ritchie and activist investor Jeff Smith and told them, "I would like to be involved, if I can be on the board and if I can purchase a couple franchises.”

Papa John's signed O'Neal to a lucrative partnership last year that included nine franchises and a seat on the board.

O'Neal, who is in high demand as a product endorser, apparently took the money and ran -- at least that's what he's being accused of by an advisory firm.

Institutional Shareholder Services, a corporate advisory firm, is encouraging Papa John's to kick O'Neal off the board for missing 75% of shareholder meetings.

ISS wants the board members to vote to remove O'Neal at its April 23 shareholder's meeting.

In its SEC filing, Papa John's revealed every member attended at least 75% of meetings "except for Shaquille O'Neal," who was unable to attend board meetings due to prior business commitments.

Ex-Papa John's chairman John Schnatter says he was tricked into using the N-word by a marketing firm during a conference call/training session in May.

END_OF_DOCUMENT_TOKEN_TO_BE_REPLACED

Papa John's Pizza Founder John Schnatter has issued an apology to anyone who was offended after he used a racial slur during a conference call with a marketing company.

END_OF_DOCUMENT_TOKEN_TO_BE_REPLACED

NFL fans have seen the last of Papa John's Pizza founder John Schnatter, who announced he is stepping down as the company CEO.

END_OF_DOCUMENT_TOKEN_TO_BE_REPLACED

Pizza franchise Papa John's is pulling all NFL TV and print advertisements -- worth millions of dollars in ad revenue -- due to the ongoing NFL protests which he says is hurting his sales.

END_OF_DOCUMENT_TOKEN_TO_BE_REPLACED

Reginald Lofton was only 14-years-old when, police say, he shot and killed 28-year-old Shane Varnadore on March 1.

Varnadore, a Papa John's Pizza driver, was delivering pizza to the Wesley Herrington Apartments in Gwinnett County when he was shot.

END_OF_DOCUMENT_TOKEN_TO_BE_REPLACED

A thief with a conscience broke down crying while robbing a Papa Johns pizzeria in Montana, the NY Post reports. After speaking with the cashier, the robber left with a pizza and chicken wings to feed his hungry family.

"I'd say the clerk was pretty astute," Helena Police Chief Troy McGee said. "I mean, he knows how to talk to this person. Kind of commiserated with him a little. Talked to him about it and you know actually changed his mind about robbing the place. That was pretty good."