As I told you earlier, Rihanna stopped by V-103 on Friday to chop it up with popular jocks Porsche Foxx and Ryan Cameron whose "Ryan Cameron: Uncensored" TV show premieres on Starz network tonight at 11 PM.

Rihanna told Porsche she is definitely not dating Chris Brown. Although I'm told her green eyes "lit up" when the question was posed to her, she laughed at the notion of dating her "best friend" who is already involved in a longtime relationship with his manager.

Rihanna also discussed losing her luggage to a thief while in Atlanta. The statuesque Ri Ri who is normally a stylish fashion plate, was left with only the t-shirt on her back.

Thanks to Fred of Freddyo.com for the pics! 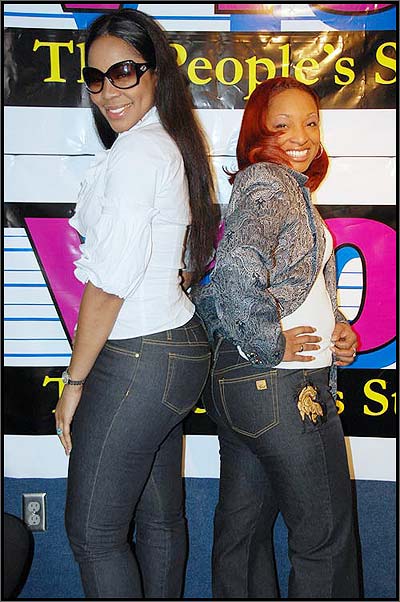 Reality show contestant-turned entrepreneur Deelishis was the in-studio guest on Porsche Foxx's show today. Besides surprising Porsche with her own custom jeans from her D Cut clothing line for women with unusual gluteal measurements, Deelishis dropped a bomb that she believes Flava Flav is still abusing drugs.
END_OF_DOCUMENT_TOKEN_TO_BE_REPLACED