The $4,695 Dolce & Gabbana gown was a gift from the designer. The teenager shared a photo of her prom night with her 2.6 million followers on her Instagram Story. She captioned the image: "Thank you so much for this lovely dress @dolcegabbana."

Natalia signed with IMG Models in February. Earlier this month, Natalia shared a photo from her first senior prom, which prevented her from attending her dad's induction ceremony into the NBA Hall Of Fame.

"When I was a senior in high school, Kobe and I were engaged and he had a playoff game the night of my prom. Kobe didn't want me going to prom without him and I didn't want to go without him.

"When we heard Natalia's prom night and Kobe's Hall of Fame night were on the same night, I looked at Natalia and said, 'Well if it's any consolation, daddy kept me from going to my prom, so it's only right that he tried to keep you from going to yours."

Kobe and Vanessa met when he was 21 and she was 17 and still in high school. They became engaged a short time later.

Power couple Ciara and Russell Wilson, left, can't wait to tie the knot this summer. The lovebirds can't keep their hands off each other. If body language is an indicator, they've consummated their relationship repeatedly.

The couple on the right is Li'l Wayne and Toya Wright's daughter Reginae Carter, 17, and her prom date. Reginae posted this Instagram photo of her beautiful prom dress on Friday. 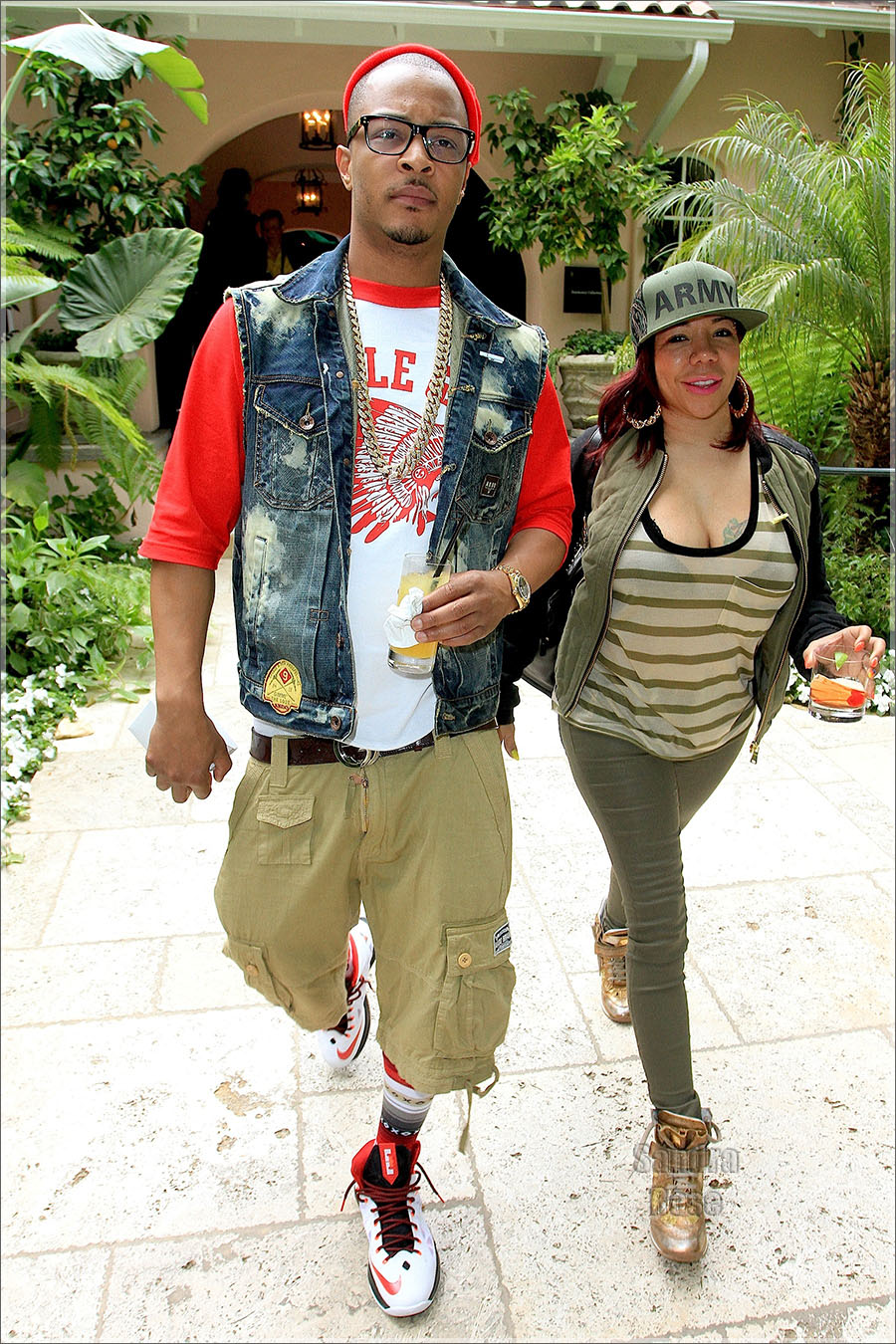 Rap mogul T.I. and his wife Tameka Tiny Harris, stars of popular hit reality TV show "The Family Hustle", were spotted out and about in Bel Air, California on Sunday. T.I. and Tameka were on the west coast on business. So they missed seeing their daughter Zonnique Pullins, 17, going to her first prom with music producer Rocko Da Don's oldest son, Ramone Malik Hill, 17.