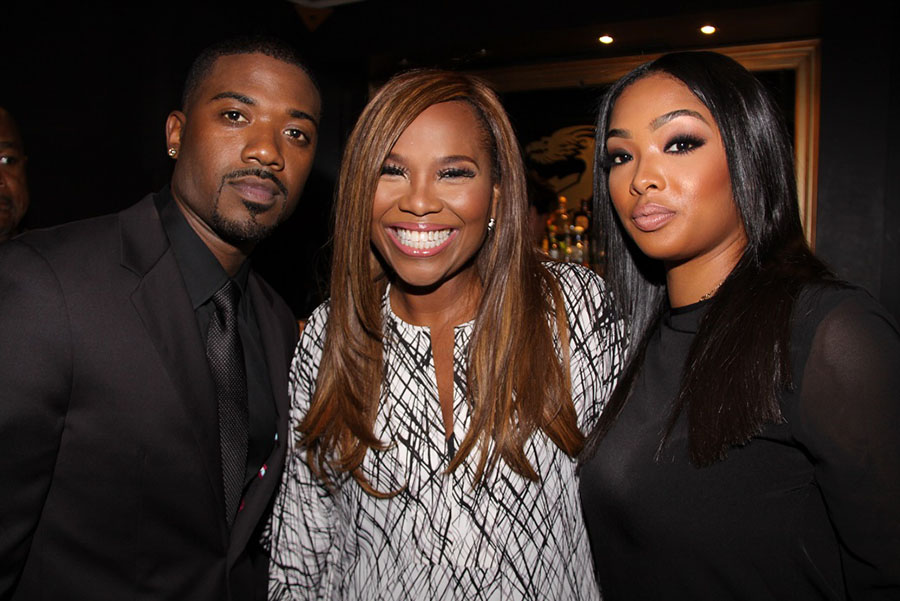 Reality show producer Mona Scott-Young held a launch party last night for the latest installment of her Love & Hip Hop franchise. About 250 celebrities, bloggers and tastemakers gathered for a sneak peek of the show and to see and be seen. No one was more ecstatic to be there than Mona who recently dropped 50 pounds. Some in the crowd whispered that Mona was unrecognizable.

END_OF_DOCUMENT_TOKEN_TO_BE_REPLACED

Power couple Beyonce and Jay-Z had lunch with family and friends on Lerins Island near Cannes in the south of France today. Beyonce continues her 33rd birthday celebration.
Photos: Splash News

END_OF_DOCUMENT_TOKEN_TO_BE_REPLACED

Former 'Glee' singer Naya Rivera seems to subsist on a liquid diet of coffee and juice beverages. The emaciated actress was spotted leaving a local coffee bar in Los Angeles over the weekend.
Photos: INFphoto.com

END_OF_DOCUMENT_TOKEN_TO_BE_REPLACED

Gossip tabloid TMZ is caught in yet another lie. The tabloid claimed that rap wannabe Ray J offered his ex-girlfriend, Kim Kardashian, and her fiancé, Kanye West, his cash residuals from the monthly sales of his and Kim's old sex tape.

It seems the cash is still pouring in for Brandy's little brother, whose fame was cemented when the sex tape was leaked by Kim's mother, Kris Jenner.

END_OF_DOCUMENT_TOKEN_TO_BE_REPLACED

Girlfriends Drake and Rihanna were seen leaving the Supperclub nightspot in Hollywood, CA last night. Drake hung his head low as the paparazzi peppered him with questions about his numerous bromances with male athletes and rappers that leave his manhood in doubt.
Photo: JCalderon / Splash News

END_OF_DOCUMENT_TOKEN_TO_BE_REPLACED

My west coast connect poured this TEA a few minutes ago. The TEA is hot! So please sip with caution. Love & Hip Hop producer Mona Scott Young is reportedly casting for 3 new spinoffs of VH1's popular Love & Hip Hop franchise series. Mona isn't going to be happy that this TEA has been spilt.

How are you, I hope all is well, I miss talking to you. I wanted to spill some tea to you even though I know you aren't using reality tv shows, but my friend ________________ shipped me some Lipton tea about the casting and I wanted to send it to you first.

Mona has been granted by VH1 to have another Love and Hip-Hop city spin-off out of Houston, Los Angeles, and New Orleans. She can only pick one city out of the three. ____________ [identifying information redacted] she told me they have casted Tyga and Blac Chyna, Miss Joie (Bow Wow's baby mama), Karrueche Tran (Chris Brown's girlfriend), Lola Monore (Wiz Khalifa's former artist), Jasmine Sanders (Chris Brown's and Young Jeezy's ex girlfriend), Jas Prince (Christina Milian's boyfriend). And if the LA one gets the final greenlight by Mona it will be co-proudced by Ray-J who is bringing on his protege rapper Yung Berg, and will feature Ray-J's own drama with his two side pieces, Teairra Marie and Princess Love (former #2 of Floyd Mayweather).

If you decide to post this please block out __________'s name. She really wants the LA one to get picked up since ____________ and Mona said the cast with the most hype on the internet will likely get the greenlight from execs at VH1. Thanks!

Over the weekend, reality TV star Kim Kardashian did what pop singer Beyonce failed to do: she posted a photograph of her bare belly, thus removing all doubt that she is indeed pregnant. The baby's father is reported to be rapper Kanye West. Kim is about 6 or 7 months pregnant. Dishonesty breeds mistrust. It was easy to accuse Kim of lying about her pregnancy because she fell pregnant so soon after Beyonce, who allegedly paid a surrogate to carry her daughter, Blue Ivy.