A Missouri woman whose landlord removed her front door after she lost her job is celebrating the outpouring of support she's received from the public.

Hannah McGee, a struggling single mother, arrived home to find her front door was removed after she missed her last two rent payments.

McGee told local news station Fox 2 Now she was unemployed because of the coronavirus outbreak.

"He's always been a good landlord. I guess it took just one slip up," she told Fox 2 Now.

Her story sparked outrage from local attorneys and a person who was trying to buy the property. The buyer apparently urged the landlord to put the door back on after Fox 2 Now interviewed McGee.

"The landlord needs to realize that the landlord has committed a tort and is liable for anything that happens to this tenant," attorney Rob Swearingen told Fox 2 Now. "It's more than negligence. It's intentional infliction of emotional distress. It's a violation of Missouri statutes and it's an unlawful eviction."

McGee, who lives in Fenton, said she rented the apartment for three years and never missed a rent payment until the Covid-19 outbreak.

A GoFundMe account created by her best friend raised nearly $12,000.

The GoFundMe page was updated on Dec. 15 with a photo that shows McGee enjoying a tea party with her toddler daughter.

"Tonight we are able to Celebrate and We couldn't be happier. Thank You," McGee said in the photo caption.

Millions of renters face evictions when the federal ban on evictions expires on December 31st.

Some city and county officials in Texas have extended the eviction ban through Feb. 1, 2021.

Some governors imposed moratoriums preventing landlords from evicting their tenants during the coronavirus pandemic.

More than 15,000 renters are facing evictions in New Jersey, despite Gov. Phil Murphy's executive order preventing people from being kicked out if they don't pay rent.

The moratorium doesn't prevent the filing of evictions, but it stops the courts from enforcing evictions until November. New Jersey residents can stay in their homes until then, even if they don't pay their rent.

BLM activists fear a "tsunami of evictions" after the November elections.

New Jersey could see as many as 304,000 evictions filed over the next four months, an estimate 600% increase since last year.

Tensions between landlords and renters have escalated since moratoriums were placed on evictions in some states.

A Connecticut man decapitated his landlord with a sword after being told he had to move out for failure to pay his rent.

Hartford police arrested Jerry Thompson, 42, for the murder of his landlord, Victor King, on Sunday. King had called police on Saturday to report his roommate was waving a sword around and behaving erratically.

Thompson was gone by the time police arrived. King gave officers Thompson's cellphone number, but it isn't clear if police got in contact with Thompson before the murder. 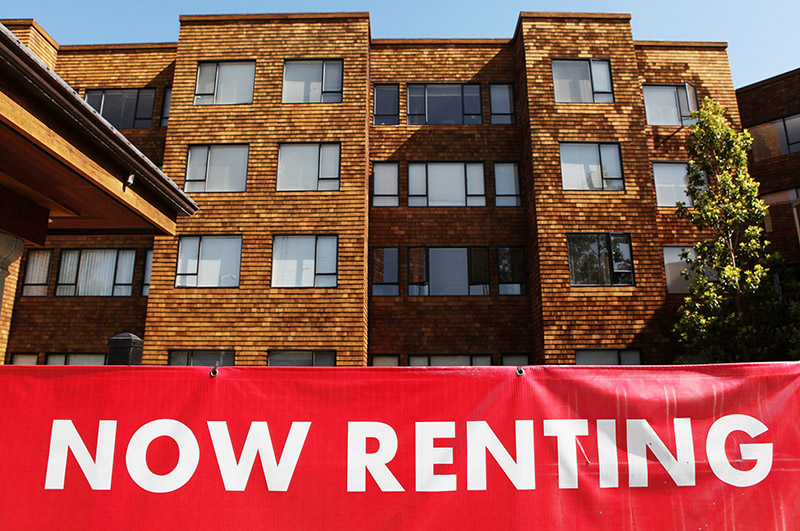 San Francisco Board of Supervisors on Tuesday voted to permanently ban landlords from evicting tenants who failed to pay rent due to the Covid-19 crisis.

What this means is if you are a San Francisco resident, and your health or livelihood was impacted by the coronavirus, you can not be legally evicted for failure to pay your rent.

The law applies solely to rental payments missed while the city's state of emergency was in effect. The law also prohibits fees, penalties, interest and other charges normally faced by tenants as a result of falling behind on rent during the crisis.

Preston stressed that tenants are still obligated to pay their rent and that past due rent incurred during the state of emergency would become "akin to consumer debt" that landlords can pursue in small claims court without using the threat of eviction.

A Minnesota woman and her two minor sons face eviction after she refused her landlord's request to remove a Black Lives Matter sign from her 2nd floor window.