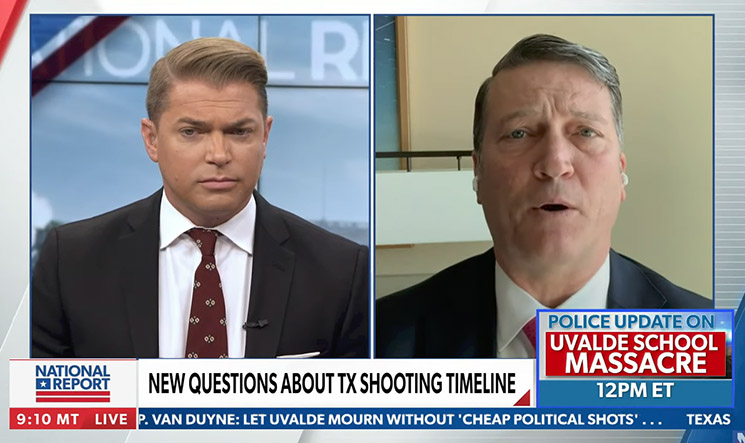 Jackson called for compromise between the two political parties in Congress in the aftermath of the deadly school shooting in Uvalde, Texas.

"We need God, family and community back in our lives," Jackson said on "Fox & Friends" Wednesday.

Jackson blamed rap music and pop culture for the breakdown in family values that leads to mental health disorders and gun violence.

"We have to embrace the moral decline in this country... Our kids are exposed to a lot of stuff that's harmful to them with video games, these violent video games... Some of the rap music they listen to is not healthy. We need to address this kind of stuff."

Jackson urged lawmakers to focus on gun safety and to put God back in the classroom.

"We have shootings all the time and they're all unfortunate," he said. "I wish none of them happened. But when you see something like this, it's extra horrific. And I think that this will allow me to talk to my colleagues on the other side of the aisle and say, look, you know, I'm a staunch defender of the Second Amendment and I'm going to remain that way."

21 lives were lost when a crazed gunman barged into an elementary school armed with an assault rifle that he legally purchased on his 18th birthday.

Still, Rep. Jackson said he will not back down on the Second Amendment and the rights to own and bear arms.