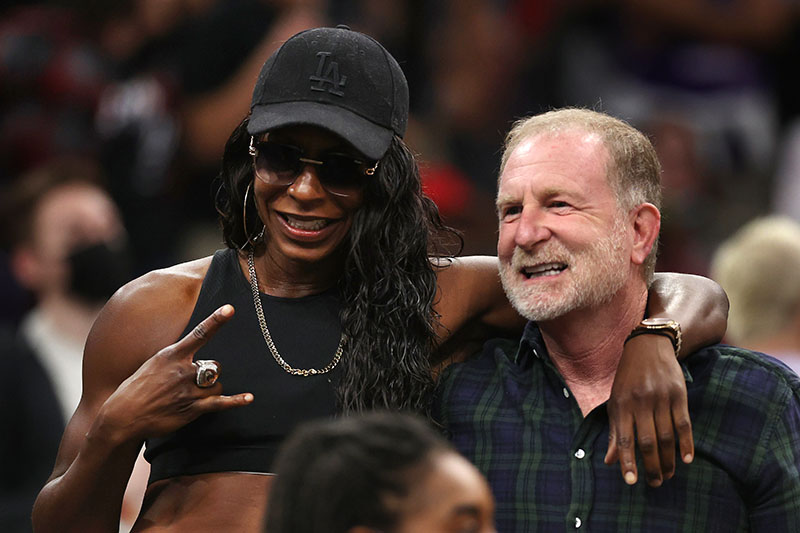 According to more than 70 current and former staffers, Phoenix Suns owner Robert Sarver is an unrepentant racist who drops the N-word often.

Sarver, who also owns the WNBA's Mercury, is pictured above with WNBA player Shay Murphy.

According to the report, Sarver once told 2 basketball operations staffers to find local strippers willing to get impregnated by NBA players. He allegedly wanted the players to be motivated to remain in Phoenix close to their offspring.

The shocking details were hashed out in a bombshell report published Thursday by ESPN's Baxter Holmes.

"The level of misogyny and racism is beyond the pale," one Suns co-owner told ESPN about Sarver. "It's embarrassing as an owner."

"There's literally nothing you could tell me about him from a misogynistic or race standpoint that would surprise me," another former Suns basketball executive told ESPN.

Among the sordid details included in the report are:

Sarver, through his attorneys, acknowledged dropping the n-word once many years ago, but he said other allegations in the report are untrue.

When the reports were made public on October 22, the Suns issued a statement, saying they "urge everyone not to rush to judgement here. Especially based on lies, innuendo, and a false narrative to attack our organization and its leadership."