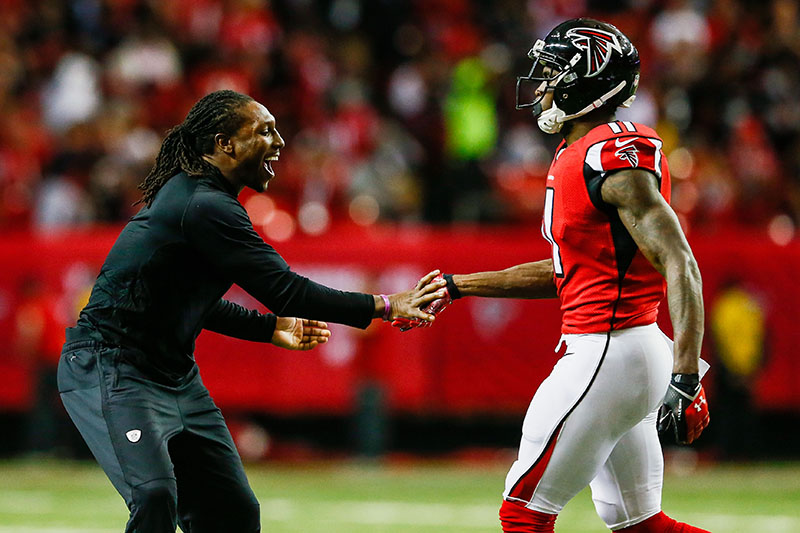 Tennessee Titans star Julio Jones (right) and former NFL wide receiver Roddy White (left) are among the defendants in a lawsuit filed by a cannabis company.

The former Atlanta Falcons teammates and their co-defendants are accused of alleged fraud and money laundering allegations, according to court papers obtained by the Tennessean.

Genetixs cannabis company claims that Jones, White and others sold around $3 million per month in cannabis since March and kept all the profits for themselves.

The lawsuit alleges the defendants illegally managed and operated Genetixs' cannabis facility, and failed to report weed sales since March 2021.

Genetixs estimates about $3 million in cannabis was sold illegally by the defendants who then kept the profits for themselves.

According to the Tennessean newspaper:

"Jones and White, who were teammates with the Falcons from 2011 to 2015, are accused of colluding with John Van Beek and his son, Shaun Van Beek, to run a black-market cannabis operation through the Genetixs facility. Jones and White had invested in Genetixs through White's SLW Holdings, per the documents."