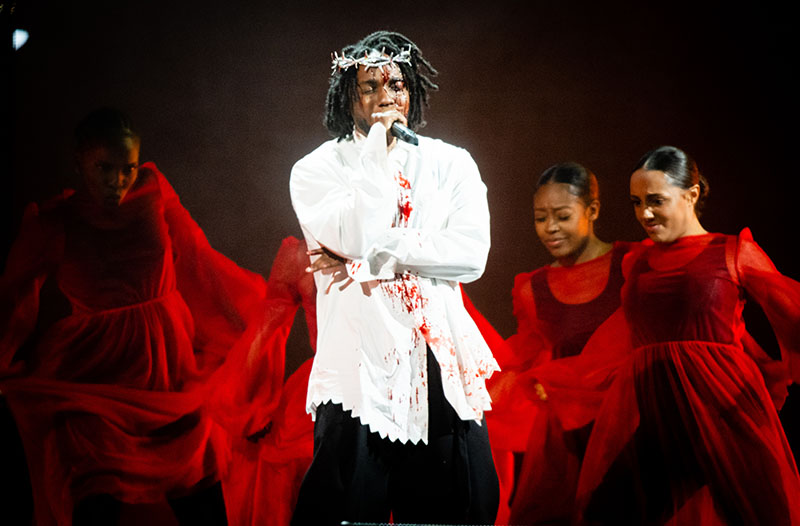 Rapper Kendrick Lamar made a powerful plea for women's rights as he closed the Glastonbury music festival in England on Sunday.

Kendrick led the crowd in chanting, "They judge you, they judge Christ, Godspeed for women's rights," as blood poured from his crown of thorns.

Kendrick Lamar performing with his crown that has over 8,000 diamonds ??? pic.twitter.com/quhIK3fM8b

Stigmata is a term used by Christians to describe the mysterious appearance of bloody wounds, scars and pain in body parts corresponding to the locations where Jesus Christ was crucified on the cross, such as the hands, wrists, and feet. Jesus also wore a crown of thorns. 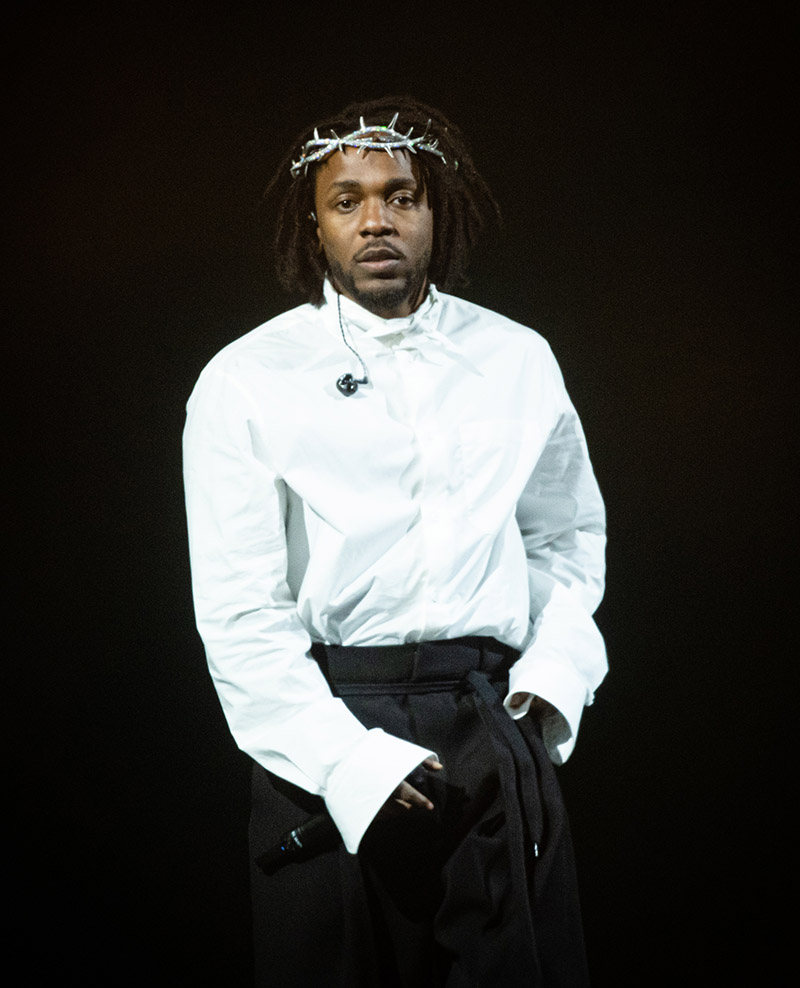 Kendrick's expensive crown of rose thorns was designed by Tiffany & Co. and covered with over 8,000 diamonds totaling 137 carats. He wore it on the cover of his latest album, Mr. Morale & The Big Steppers.

Kendrick, 35, has said the crown of thorns reminds him that he is "imperfect".

Roe v. Wade was overturned by the US Supreme Court on Friday. The 6-3 decision returned abortion access rights to individual states.

16 states, including California and Washington, DC protect a woman's right to abortion. Florida, Georgia, Texas, Arkansas, Missouri and South Dakota are states where abortions are banned or restricted.