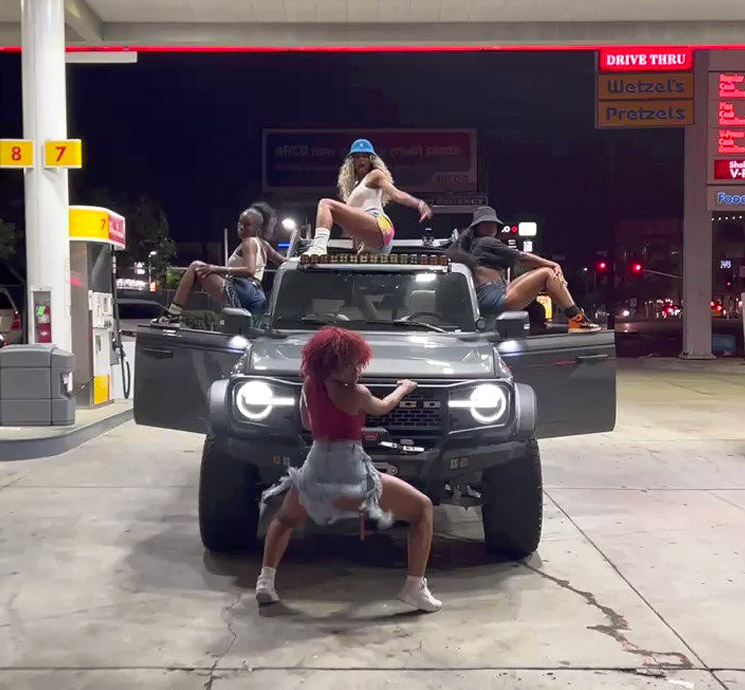 Ciara Wilson dropped a teaser for a new music video on social media Thursday. She captioned her tweet: "Its time to pull up and make that thang J.U.M.P."

The teaser shows Ciara and her dancers twerking on a Ford Bronco Raptor parked at a gas station pump.

In the video, the 36-year-old mother of three wears rainbow colored booty shorts, a white tank top, and a blue ball cap pulled down over her blonde hair extensions.

Ciara plans to drop new music ahead of husband, Russell Wilson's first season as the Broncos quarterback in Denver.

Its time to pull up and make that thang J.U.M.P ? pic.twitter.com/27Aw9JuDOm

Oh my god look at that gas Jesus 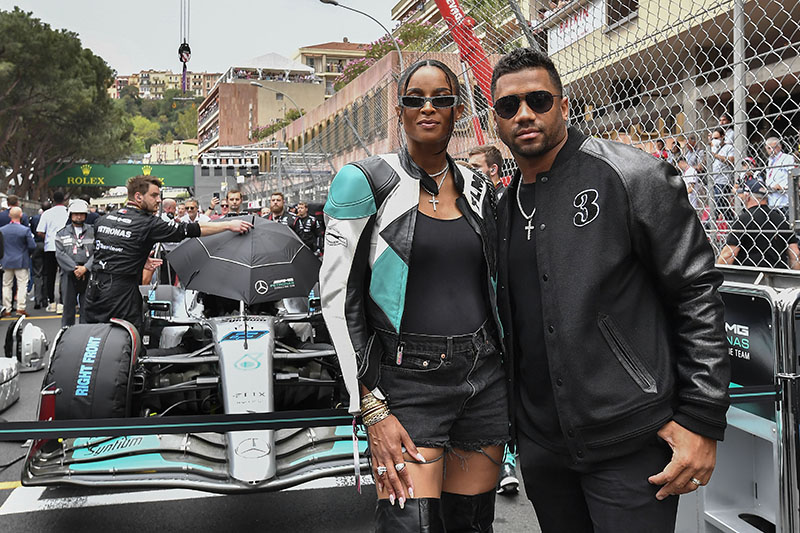 Ciara, and Wilson, 33, were over in France, where they attended the F1 Grand Prix at Monaco to cheer on Lewis Hamilton.

In another tweet Ciara celebrated the start of Pride month: "I Got Pride Baby! Spreading love this Month and Every Month. Love & Peace only. @AllHumanNation
#Pride."

I Got Pride Baby! Spreading love this Month and Every Month. Love & Peace only. @AllHumanNation #Pride ????? pic.twitter.com/zZb9dlXkrL

Question: Are you excited to hear new music from Ciara? Will you download her new album?

Pop singers Kelis and Adele are trending after teasing their new projects for their fans on social media.

"This has been a long time coming... Midnight Snacks is dropping this Friday!! Pre-save."

This has been a long time coming... Midnight Snacks is dropping this Friday!! Pre-save: https://t.co/o0lsjzzRi9 pic.twitter.com/isEOqkiJ8H

Meanwhile, Adele shared a 22-second clip of an intro to her song titled "Easy On Me" -- along with the release date - October 15.

The B&W clip shows the British chanteuse popping a cassette tape into a tape deck. A piano chord plays while her sheet music scatters to the wind from a truck loaded down with her possessions.

Fans were ecstatic to finally hear new music from the pop star who hasn't been heard from musically since her album 25 was released in 2015.

While working on her fourth studio album - titled 30 - Adele took time off to divorce her husband and raise their son. Now she is set to release 30 at age 33.

Not everyone is pleased to hear Adele is releasing new music.

"Why don't y'all show the same love & support for our Jazmine Sullivan's, Ledisi's & Lalah Hathaway’s than y'all do for that British lady?"

Why don’t y’all show the same love & support for our Jazmine Sullivan’s, Ledisi’s & Lalah Hathaway’s than y’all do for that British lady?

This comparison makes no sense. Adele is a pop artist not R&B/Soul.

Didn’t Jazmine Sullivan win Album of the Year at the BET Awards and sang the national anthem at the super bowl? This year has been phenomenal for her, and we’ve celebrated and lifted her up throughout. Let’s end this conversation finally.

The British lady is a white pop contemporary singer. I’ve never felt ‘soul’ from Adele. Amy Winehouse was more soulful than Adele to me. I’ve never understood the hype around Adele. Give me Celine Dion for adult contemporary music any day.

You sound so misinformed. Different fanbases and regions of the world . Adele has a bigger more diverse fan base than jazmine Sullivan . Y’all be on here saying anything to sound informed

Lizzo shared a snippet of her new track "Rumors," featuring Cardi B over the weekend.

After teasing the new track on TikTok over the weekend, the "Good as Hell" singer took to Instagram on Monday to share a FaceTime Call in which the "Bodak Yellow" star confirmed she hopped on the new song.

Lizzo greets Cardi with "Good morning motherf**ker" in the FaceTime clip. "That's who it's featuring y'all, period," she said, before revealing her sleepy-looking pal with the joke: "It's Harry Styles!"

The "Juice" rapper captioned the video, "GUESS WHOS HOPPIN ON 'RUMORS' W/ ME?!?".

The upcoming song is the Grammy winner's first single since her 2019 album, Cuz I Love You.

The pregnant rapper canceled all upcoming concert gigs after she made two unscheduled trips to an emergency room in Atlanta last month.