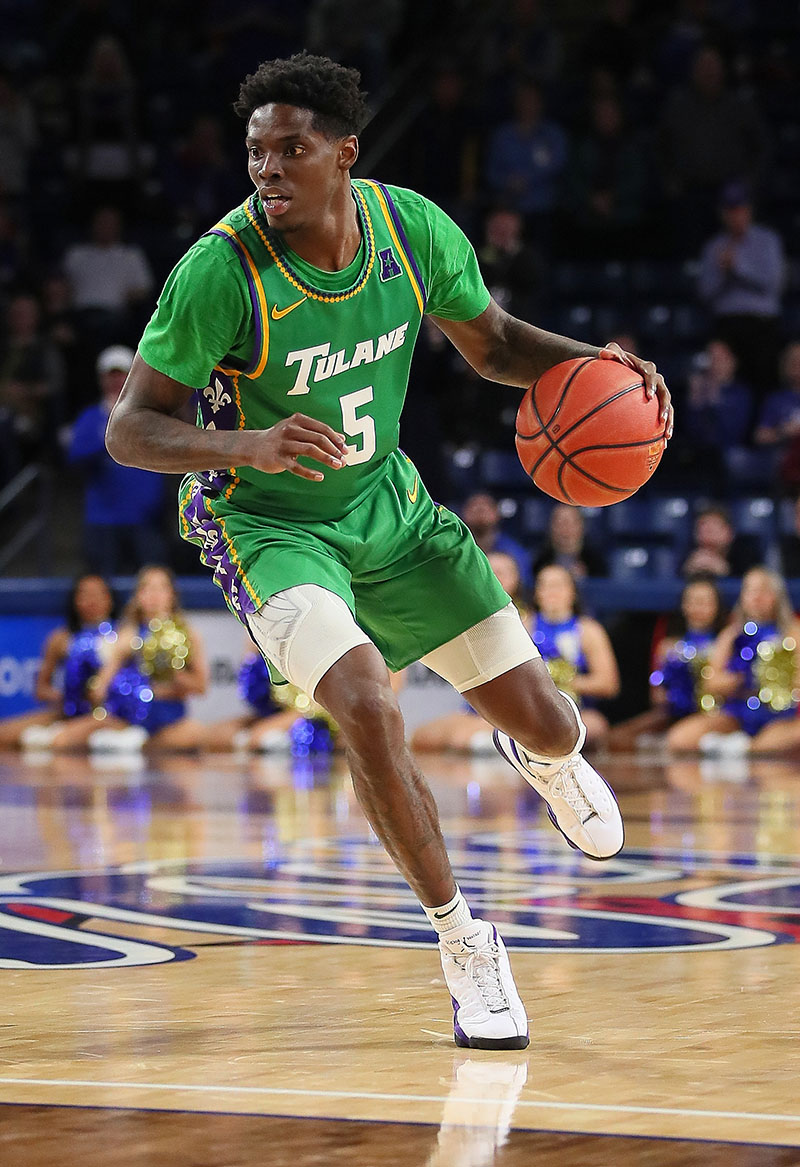 Tulane star guard Teshaun Hightower was charged with murder near his hometown southeast of Atlanta. The former University of Georgia standout was arrested by the Henry County police as one of six men charged with murder in connection with a homicide earlier this month.

The Henry County Police Department released the names of six men who are suspects in a homicide that occurred April 8 in Stockbridge, Georgia, the Atlanta Journal-Constitution reported.

The victim, Devante Anthony Long, 24, was shot at approximately 11 a.m., and died of his injuries at a hospital later that day, according to the AJC.

Three of the six men were arrested on Friday and Hightower was arrested late Saturday. His brother, Jeffrey Hightower, is one of the two suspects who remain at large.

The Tulane mens basketball program announced it dismissed Hightower from the team hours after the news broke.

Hightower transferred to Tulane from UGA last year and announced on April 18 he would enter his name in the NBA draft.

Hightower, who is originally from Lithonia, is being held without bond in the Henry County Jail.