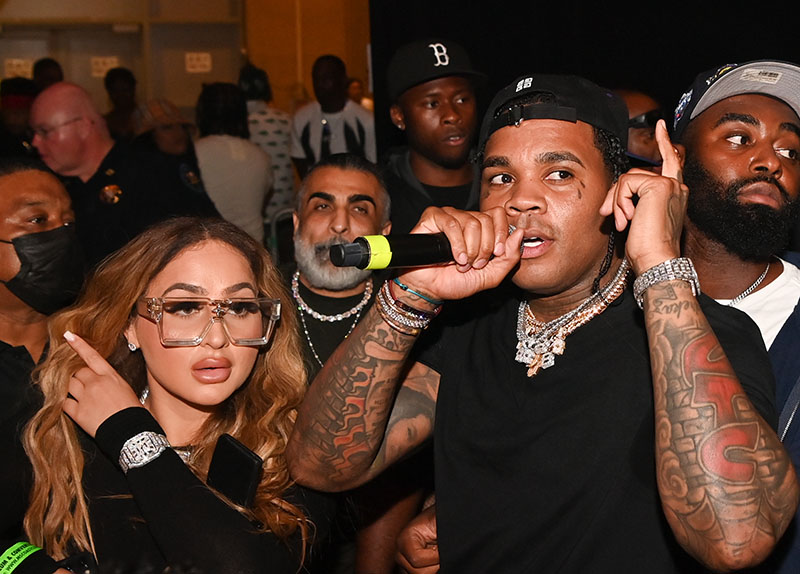 According to Vlad TV, the incident happened during AEW's weekly primetime broadcast on TNT at Gas South Arena in Duluth, Georgia.

The AEW had just crowned Keith Lee and Swerve Strickland as the new tag team champions of the world.

But Mark Sterling and Tony Nese disagreed. They jumped into the ring with a petition claiming that Lee and Strickland used foul play to win the tag team championship belts.

Kevin, who was sitting in the front row with girlfriend Jojo Zarur (pictured above), declined to sign the petition.

Then Tony got in Kevin's face, which resulted in Kevin throwing a right hook that put the professional wrestler flat on his back.

Tony recovered quickly. Only his feelings and pride were hurt. Word is that wrestling managers are recruiting Kevin to fight for their teams.