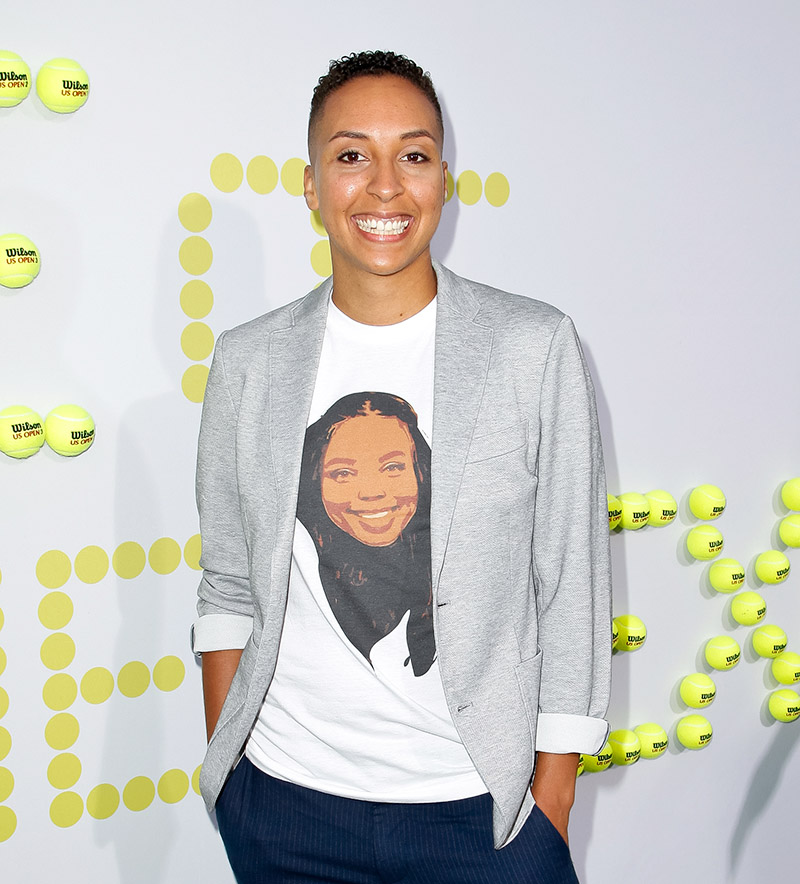 Clarendon, a New York Liberty shooting guard, is a male-identified transgender and non-binary who sought surgery to alleviate the debilitating stress and anxiety of GD.

Clarendon shared a post-surgery photo on Instagram.com, along with the caption:

"It's hard to put into words the feeling of seeing my chest for the first time free of breasts, seeing my chest the way I've always seen it, and feeling a sense of gender euphoria as opposed to gender dysphoria. Sighhhh... freedom...freedom at last."

The Diagnostic and Statistical Manual of Mental Disorders (DSM-5) defines gender dysphoria as a psychological disorder that causes significant distress or impairment related to a strong desire to be the opposite gender.

The sufferer focuses on obtaining the primary and/or secondary sex characteristics of the opposite gender. Not all transgender or gender diverse people experience dysphoria.

"My Breast Reduction surgery is tmrw (sic)," she wrote in an Instagram.com post on Tuesday.

END_OF_DOCUMENT_TOKEN_TO_BE_REPLACED

A new study published in the JAMA shows that people who suffer from gender identity disorders are overrepresented in the military by 2-1 when compared to the civilian population.

Gender dysphoria is a mental condition in which the sufferer believes they were born in the wrong body.

END_OF_DOCUMENT_TOKEN_TO_BE_REPLACED

A district court judge in Minnesota has lifted a decade-long ban on controversial sex change surgeries, according to published reports.

Ramsey County Judge William Leary made the ruling in a lawsuit filed by a 64-year-old biological woman who was denied Medicaid coverage to pay for her double mastectomy.

END_OF_DOCUMENT_TOKEN_TO_BE_REPLACED

American President Barack Obama plans to cut 40,000 troops from the Army's ranks over the next two years.

At the same time, all branches of the military are preparing to lift the ban on transgender, cross-dressing soldiers serving in the military.

END_OF_DOCUMENT_TOKEN_TO_BE_REPLACED

Halle Berry is seen as she takes time out to pamper herself with a manicure and pedicure today in Los Angeles, CA. The 48-year-old mother of 2 showed off her great legs in denim cut off short shorts as she walked out of the nail salon. Doesn't she look hawt to be a woman your grandmother's age?
Photos: Borisio/INFphoto.com

END_OF_DOCUMENT_TOKEN_TO_BE_REPLACED

The parents of 6-year-old boy who believes he is a girl are threatening to sue the Colorado school system for requiring the "girl" to use a separate bathroom from other girls in the school.

Jeremy and Kathryn Mathis, the parents of Coy Mathis, took their complaints to the Katie Couric show.

Coy's parents were baffled as to why the school system decided to "single out" Coy who still has male genitals.