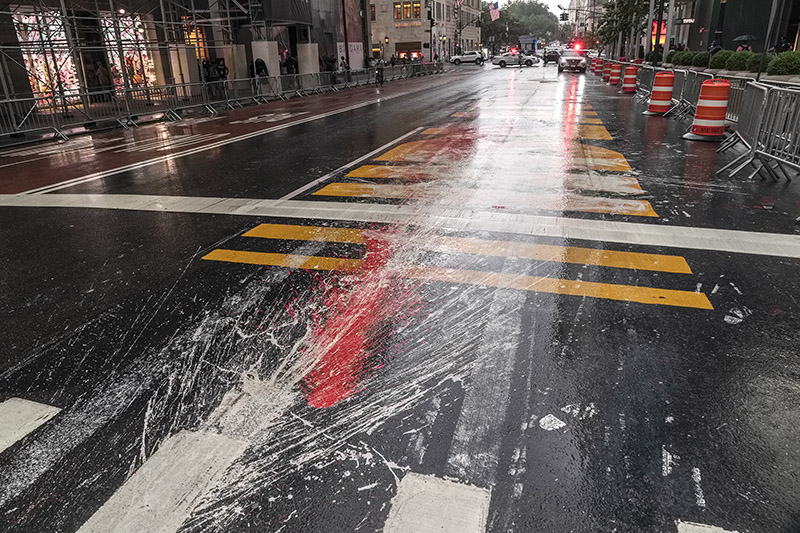 The NY Post reports New Yorkers are blaming the "pathetic" mayor for ignoring the paint-splattered mural on Fifth Avenue a week after a vandal was arrested.

Mark-David Hutt, 31, was arrested twice for pouring paint on the large yellow logo just after 5 p.m. on July 25, and again the next morning before 10 a.m.

Hutt was issued desk appearance tickets on both days. But the paint remains dried on the logo after one week. 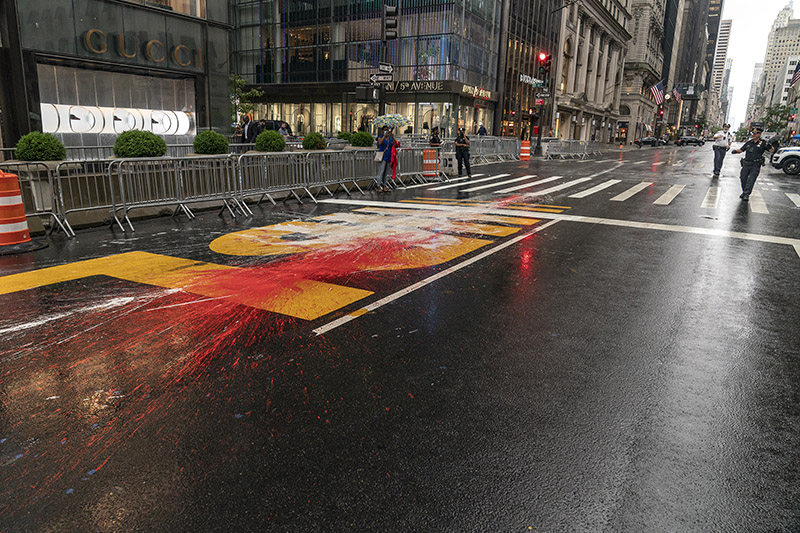 Guardian Angels founder Curtis Sliwa told The NY Post the mayor and City Hall don't seem to care about the logo now that the cameras are gone.

"It's been a full week and I asked the cops why the DOT hasn't repaired the BLM paint job," Sliwa told The Post. "They said City Hall doesn't seem to care any longer about this BLM logo. The mayor seems to have ADD on this matter, like he does most matters in NYC."

A police source told The Post that the BLM logo is no longer "the flavor of the month".

"That's what makes him a horrible mayor. Black Lives Matter isn't the flavor of the month anymore. Very short attention span, we know that already. It's just a waste of taxpayer dollars in the first place. You got between five and 15 cops sitting out there on overtime watching that stupid s--t and shootings are piling up. They're there to protect the mural, and obviously they're not doing a good job of that."

Matthew Martin, 30, called it "pretty disappointing" that the city hasn't cleaned up the logo, "considering this is probably the most notable Black Lives Matter mural in the country."

Martin said, "Leaving it like this for a week is pretty pathetic, honestly, and is a pretty good indicator of the kind of leader the mayor is."

A spokesman for de Blasio's office told The Post "inclement weather" on Friday was to blame for the delay in removing the paint and said the city Department of Transportation should be removing it on Monday.

The spokesman said the city's DOT "were doing some similar work out in Queens on Thursday."

Mayor de Blasio helped paint the movement's slogan on Fifth Avenue and on Jamaica Avenue near 150th Street in the Queens borough of NYC.

Both logos were vandalized by anti-BLM protesters. 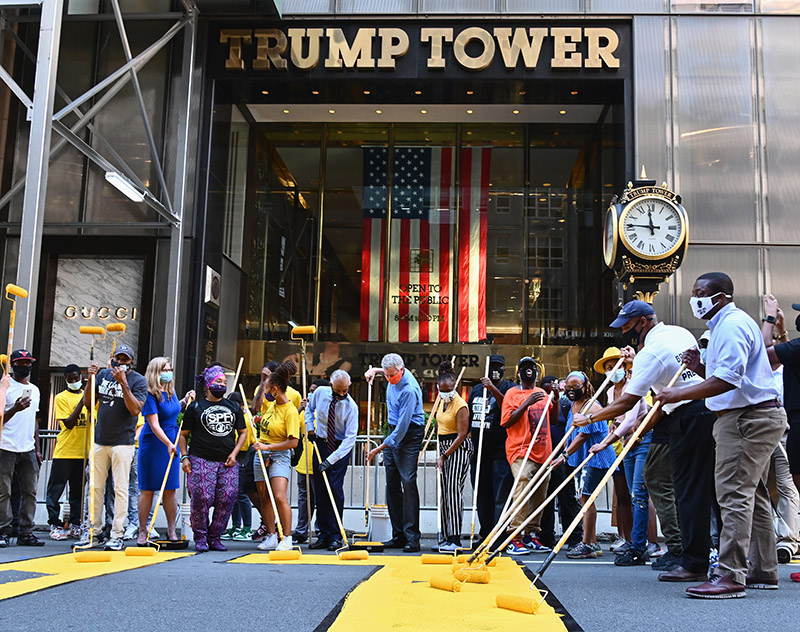 The mayor was joined by his wife, Chirlane McCray, the Rev. Al Sharpton, and a group of BLM activists and volunteers on Thursday.

Trump slammed de Blasio's plans to paint the BLM mural outside his luxury apartment building. In a series of tweets last week, the president referred to BLM as a "symbol of hate" on one of NYC's "greatest streets." He called on police to stand up to the mayor and not let the mural happen.

Trump also criticized the mayor for not doing enough to curb violent crime in his city. Shootings in NYC have skyrocketed 200%. There were 49 shootings and 9 murders in NYC last weekend.

The parents of one of R. Kelly's girlfriends plan a confrontation at his luxury Trump Tower apartment - if Chicago authorities back their plan.

END_OF_DOCUMENT_TOKEN_TO_BE_REPLACED

Buzzfeed News has uncovered secret documents that prove communications between the US President and Russian President Vladimir Putin prior to the 2016 presidential elections.