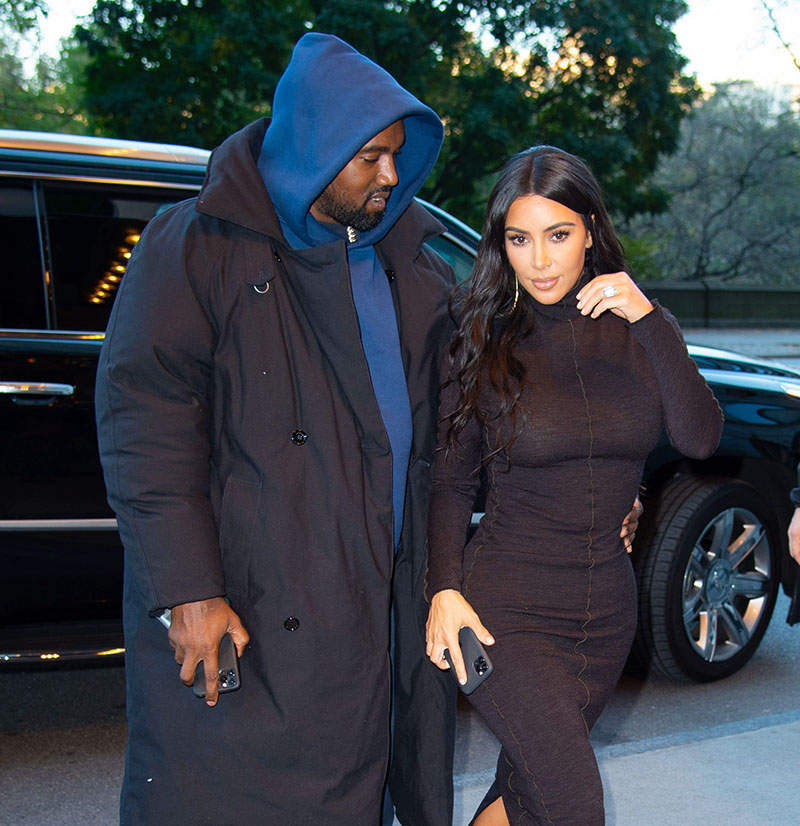 Kanye West is on a whirlwind promotional tour in New York City to launch his new Yeezy sneaker made of algae. The 42-year-old gospel musician toured a Burberry store with his wife Kim Kardashian-West.

During a spontaneous party thrown by WSJ magazine and FastCompany, Kanye said he plans to run for president in 2024.

In a video clip from the FastCompany Innovation Festival where Kanye spoke on a panel, he asked professional athletes in the NBA and NFL to stop playing for a week to help free Rodney Reed, the inmate whom Kim Kardashian-West is lobbying to get off death row.

"All the evidence says this guy didn't do it, and he's supposed to be executed in 30 days, and all the celebrity blacks will tweet about it. But the question is, will they stop playing basketball for a week to make sure that this innocent man gets out?"

Kanye also asked Black people to stop voting for who the elites choose for them.

"For Black people I say own your power. Your power is not to just vote Democrat for the rest of our lives. That's not the power," he said, according to Page Six.

"The power is when I talk to my lawyer ... I put on my trench coat and said, 'We're moving these factories to America, and that's how it's going to be' — and it's lovely." He debuted an algae sneaker, and proclaimed, "We moved the headquarters to Cody, Wyo … Our goal is to bring the manufacturing back to America — South America, North America — bring it back Stateside and to present jobs for people back here."

Kanye touched on losing his deal with Louis Vuitton which he said triggered his mental breakdown that landed him in a psychiatric ward in 2016.

"No one knew that was the beginning of me going to the hospital," he said.