Former prison camp inmates Euna Lee, 36, and Laura Ling, 32, couldn’t contain their emotions after touching down in California this morning. The women looked emaciated and frail as they descended the steps of a private jet and embraced their loved ones.

Lee and Ling were captured by the North Koreans at the N. Korean border back in March. The women were charged with entering the country illegally and other “hostile acts” against the government. They were convicted and sentenced to 12 years hard labor at a prison camp where prisoners routinely die of starvation. The ones who survive the grueling 12-hour work days subsist on a ration of corn and water daily.

Contrary to popular belief, the decision to free the journalists was already a done deal by the time former president Bill Clinton arrived in N. Korea on a private jet for a round of humiliating photo ops.

Hollywood film producer Stephen Bing, a close friend of Bill Clinton’s, sent his private jet to fly the women back home. Lee and Ling hadn’t seen their families in 4 months. Ling is the sister of CNN correspondent and former ‘The View’ host Lisa Ling, and Lee has a 4-year-old daughter.

Don’t Try This At Home…

Washed Up Celebs Out & About: Ciara 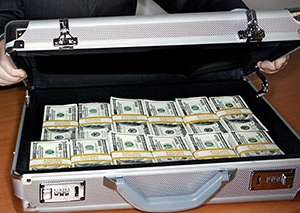