A judge unsealed damning documents from a 2015 lawsuit against Ghislaine Maxwell, who fought to keep the papers from seeing the light of day.

Jeffrey Epstein's longtime associate and madam was arrested on July 2 and charged with child sex-trafficking.

Epstein's one-time girlfriend is accused of luring young girls and teenagers to Epstein's Manhattan home and private island to engage in sex with the billionaire financier and his wealthy friends.

Of particular interest to President Trump's critics was a transcript of a deposition of sex trafficking victim Virginia Giuffre.

During the deposition, Giuffre was asked whether Trump ever flirted with her. "He didn't. That's what's inaccurate," she said.

When asked if she ever saw Trump on Epstein's home or infamous island, Giuffre replied, "Not that I can remember."

U.S. District Court Judge Loretta Preska ruled last week that the public was legally entitled to view the evidence against Maxwell contained in the lawsuit.

The Ghislaine Maxwell (Epstein) documents have been unsealed.

Will be posting excerpts here -

Starting with allegations of minor being trafficked to Maxwell, Prince Andrew, and Alan Dershowitz (as prev. alleged).

Remember that famous Prince Andrew photo with Ghislaine Maxwell and the victim?

The FBI had their own copy for years - even before the victim's 2011 FBI interview.

Men who Ghislaine Maxwell directed Virginia Giuffre to engage in activities with, according to Giuffre's deposition: 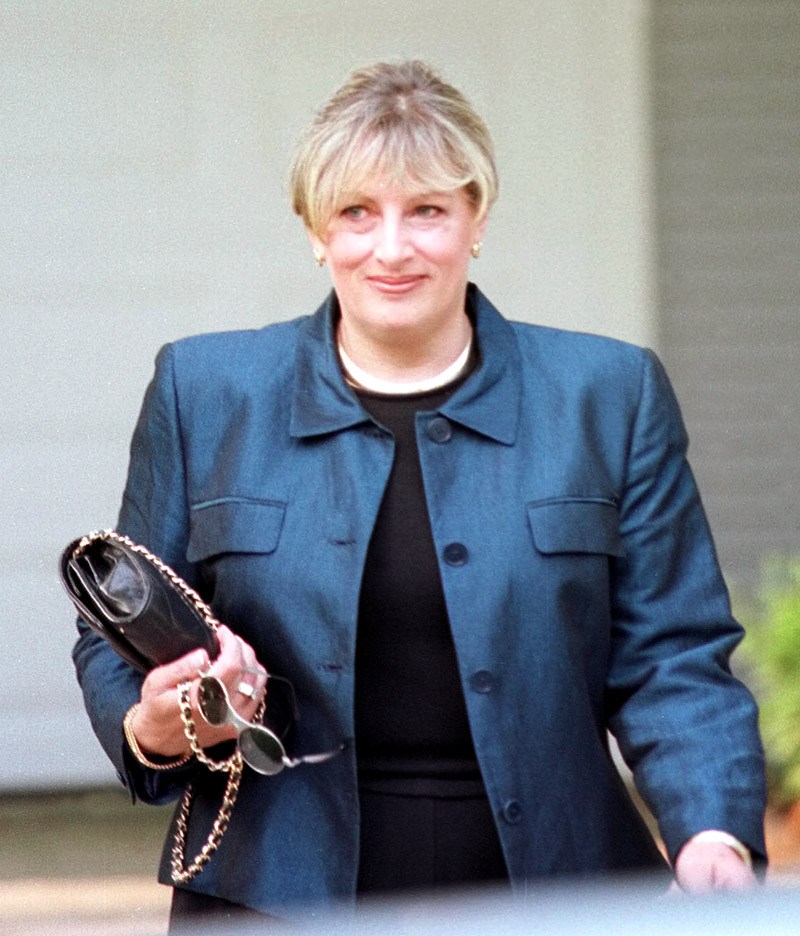 Tripp died on Wednesday, April 8, less than a week after she was diagnosed with pancreatic cancer. She was 70.

Her husband Dieter Rausch and their daughter Allison Foley were at her bedside, according to DailyMail.com. 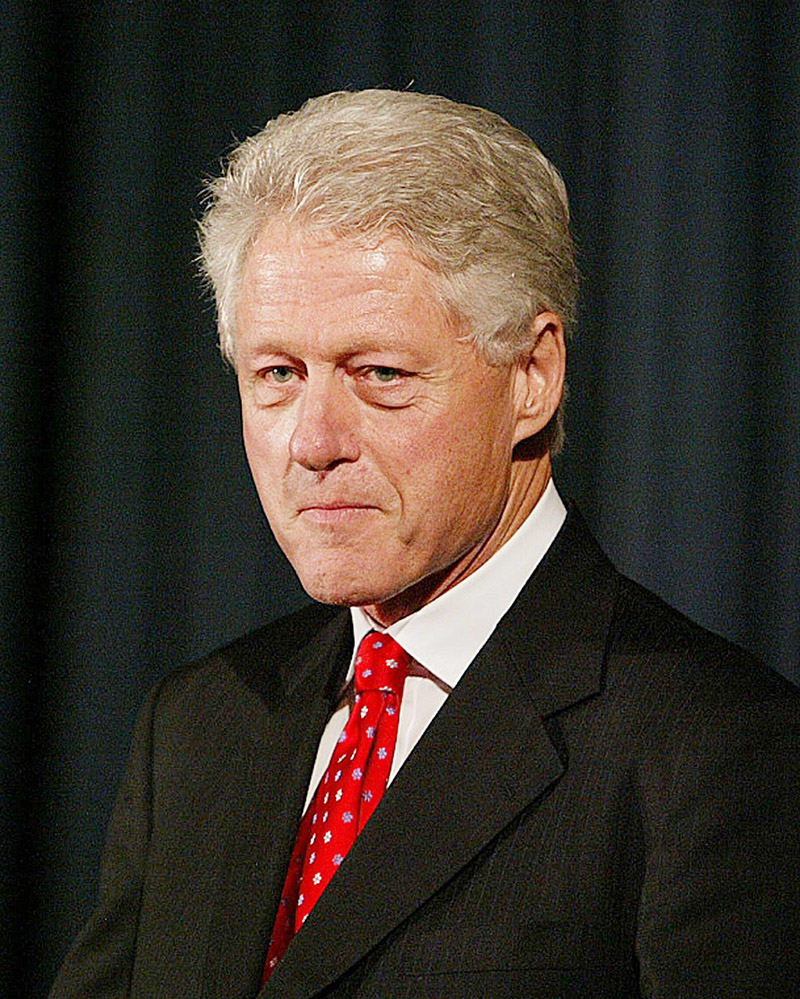 Secret recordings she made of her private conversations with Lewinsky exposed the then-President's sexual relationship with the former White House intern in 1998.

Her daughter, Allison, alerted family and friends to her mother's impending death in a Facebook post on Tuesday night, writing: "My mommy is leaving this earth... Please pray for a painless process for the strongest woman I will ever know in my entire lifetime."

Allison told TMZ that her mother's death was not related to the coronavirus.

Lewinsky reached out to the family on social media, tweeting: "no matter the past, upon hearing that linda tripp is very seriously ill, i hope for her recovery. i can't imagine how difficult this is for her family." 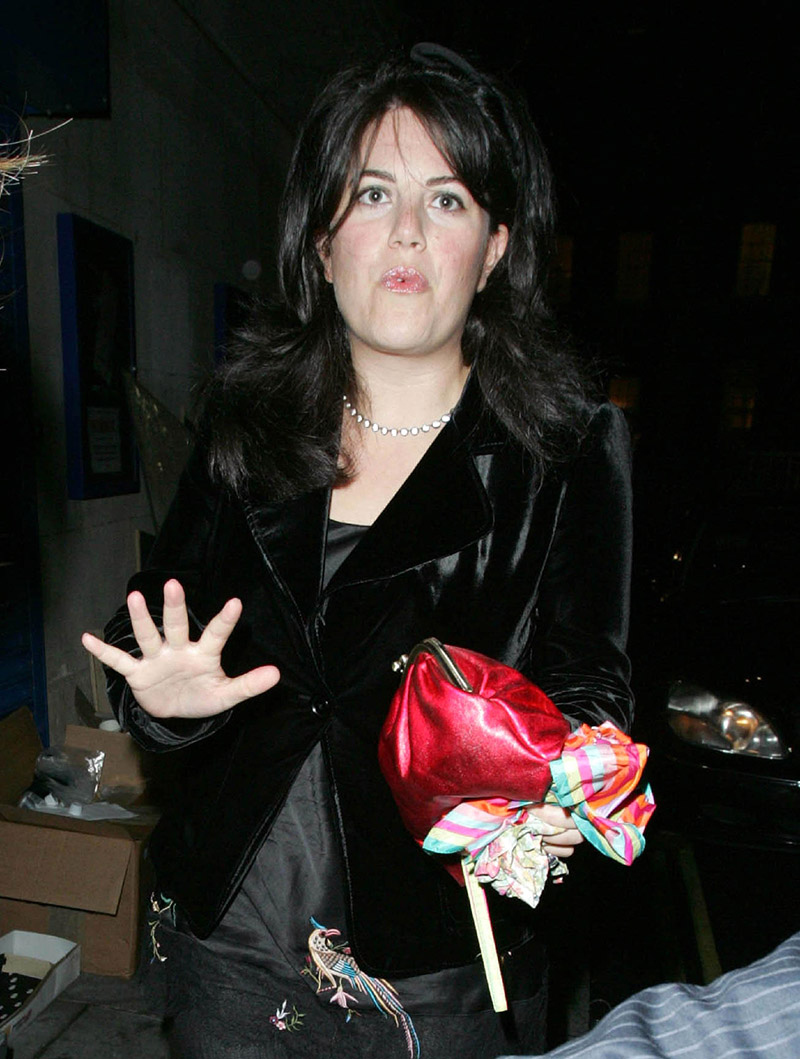 During her taped conversations with Tripp, Lewinsky (pictured) revealed she had enjoyed a sexual relationship with Clinton while she was an intern at the White House.

The secret recordings were handed over to special counsel Kenneth Starr in exchange for immunity from illegal wiretapping charges.

Tripp also informed Starr of the semen-stained dress Lewinsky said she wore during a sex act with Clinton in the Oval Office.

Tripp complained that her firing from the Pentagon at the end of Clinton's term in office was an act of vengeance. But the Clinton administration said it was standard procedure for a political appointee.

She was also involved in Paula Jones' sexual harassment lawsuit against Clinton in 1994. Jones claimed Clinton propositioned her for sex in 1991 while he was governor of Arkansas.

But Judge Susan Webber Wright ruled that a sitting President could not be sued until the conclusion of his term.

END_OF_DOCUMENT_TOKEN_TO_BE_REPLACED

Jeffrey Epstein's luck has run out. The well-connected billionaire financier linked to President Donald Trump and former President Bill Clinton was denied bond in an appearance in federal court on Monday.

END_OF_DOCUMENT_TOKEN_TO_BE_REPLACED

Barack Obama's 'scandal-free presidency is in jeopardy following the indictment of his former White House counsel Gregory Craig on Thursday.

END_OF_DOCUMENT_TOKEN_TO_BE_REPLACED

Celebrated labor economist Alan Krueger committed suicide at his home on Sunday, his family announced. The family did not release a cause of death in a statement on Monday.

END_OF_DOCUMENT_TOKEN_TO_BE_REPLACED

A Florida man suspected of mailing suspicious packages to at least 11 prominent Democrats, including 2 former U.S. Presidents, was arrested in Plantation, Florida on Friday.

END_OF_DOCUMENT_TOKEN_TO_BE_REPLACED

Elian Gonzalez was 6-years-old when he became the center of an international custody dispute between his Miami relatives and his father in Communist Cuba.

Now 22, Gonzalez appeared on Cuban state-run TV on Saturday to remember Fidel Castro who died at age 90 of natural causes.

END_OF_DOCUMENT_TOKEN_TO_BE_REPLACED

The biracial man who claims to be the illegitimate son of former President Bill Clinton is planning to file a paternity suit to demand Clinton's DNA.

Danney Williams, 30, made the announcement in Las Vegas where the third and final presidential debate is to be held Wednesday night.