Last night I spoke with R&B Diva who just landed in snowy Dallas from the sunny west coast where she filmed her new video for her hit single "Everything To Me". Mo was shocked to hear that one of her favorite fashion designers committed suicide yesterday. She immediately dedicated her video to the iconic designer.

Mo sent over these pics of the beautiful Alexander McQueen fashions she wore in her new video.

McQueen was found hanged in his London flat yesterday morning. He was despondent over the passing of his mother the week before. Her funeral was set for today.

The video is a take of the movie "Obsessed". It takes lots of different turns as you see me attempt to protect my family throughout the video. Today was however bittersweet. All of the clothing was made by the amazing Alexander Mcqueen, and learning of his death was heart wrenching. My stylist Marni and I were devastated. I dedicate this video to him, and his beautiful visions that helped us to achieve all we wanted and more. Life is short. We must all enjoy each moment.

Click the link below to see pics from the set of Monica's "Everything To Me" video!

END_OF_DOCUMENT_TOKEN_TO_BE_REPLACED

Alexander McQueen, whose controversial creative designs influenced and ignited the imagination of the world's biggest stars, committed suicide on the eve of his beloved mother's funeral.

So distraught was the designer that he locked himself away in his room, refusing to get out of bed since her death on Feb 2.

McQueen's body was found hanging in his London flat by his cleaner alerted the authorities. The world was stunned to hear of his untimely death at age 40, and friends initially refused to believe the news.

McQueen influenced pop and R&B artists such as Rihanna, Janet Jackson and Monica who, in an email to Sandrarose.com wrote, "his beautiful visions... helped us to achieve all we wanted and more. Life is short. We must all enjoy each moment." Monica learned of the designer's death after filming of her "Everything To Me" video had wrapped. She wore his designs throughout the video and she dedicated the video to his memory.

Pop star Rihanna is an avid fan of McQueen's designs. She wore his gorgeous black body suit to the "Inglorious Bastards" premiere in London last July.

This is the music video that all the kids have been anticipating just to see how the rumored down low actor/model Keston Karter would pull off the straight man role. I think he did pretty good, but his HUD tendencies still shined right through. Especially during the cuddling scene on the sofa (chile please).

There's no chemistry at all between the two. LeToya Luckett can blow though.

Can it get any worse for U.S. president Barack Obama? In a new generic 2012 poll just released today, the embattled president leads a nameless Republican by only two points (44-42) -- meaning anyone who runs against him in 2012 will beat him. In other words, if I ran for president in 2012 I would beat Obama. That's how bad things have gotten for him.

The era of Hope and Change may have given way to the era of Who’s Next? Gallup reports that just a little over a year into his presidency, Barack Obama has not only failed to unite the country, but has almost squandered his own electability. In their latest poll, Gallup finds Obama in a virtual tie with a generic Republican candidate...

In this poll, only 31% of independents would cast a vote for Obama today, while 45% say they will vote for a Republican alternative. That fourteen-point gap also tells a story about how turnout will go for Obama in 2012. Read more...

World renowned fashion designer Alexander McQueen took his own life in his London flat today -- one week after his mother passed away. McQueen was due to attend his mother's funeral tomorrow. He was 40-years-old.

According to unidentified sources, McQueen hanged himself.

His office released this brief statement:

"It is a tragic loss. We are not making a comment at this time out of respect for the McQueen family."

Gary Coleman rolled into LAX in a wheelchair today. He sure knows how to keep his name in the headlines.

More pics after the break!

END_OF_DOCUMENT_TOKEN_TO_BE_REPLACED 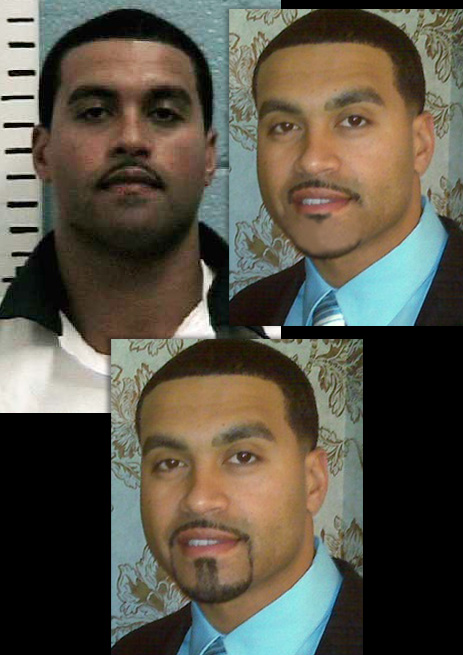 Wow. The 3rd season of 'Real Housewives of Atlanta' hasn't even started yet and already the drama has begun.

It hasn't been confirmed yet, but people in the know are saying well-known Atlanta celebrity attorney Phaedra Parks will be the newest addition to the cast of 'Real Housewives of Atlanta'.

That's too bad because, as Phaedra surely knows, once you put yourself out there publicly, you open yourself (and your closet) to public scrutiny.

But Phaedra is notorious for chasing the limelight by dating rappers, professional athletes and ballers such as Mannie Fresh of Cash Money Records (whom friends say she dated for years), rapper Too Short (whom friends say she dumped when their relationship didn't include plans of marriage) and former NFL player Chuck Smith.

Now that she's a public figure, Phaedra also has to worry about those thirsty heathens over on Lipstick Alley trotting out their stories about her husband (or her for that matter).

My loyal reader sent this mugshot which she alleges to be of Phaedra's husband Apollo Nida. It doesn't look like him to me. I even removed Apollo's facial hair for a better comparison, but I'm still not sure it's him. What do you guys think?

She also informed me that Phaedra's husband, Apollo Nida, along with five other men, were charged with 20 counts of alleged violation of the Georgia Racketeer Influenced and Corrupt Organizations (RICO) Act and multiple counts of theft by receiving stolen vehicles.

I refuse to believe any of that. I choose to believe that Phaedra has more common sense than to hook up with an ex-con just so she can be on a reality TV show. 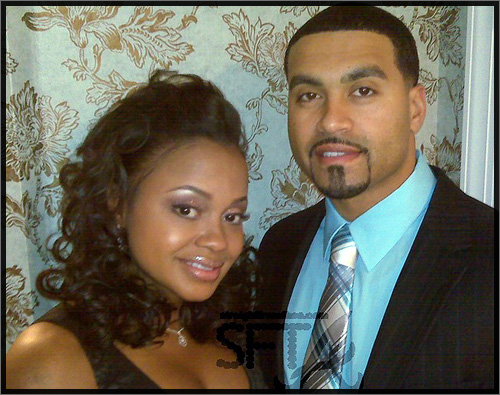 Singer John Mayer broke down onstage during a show somewhere last night. He kind of half-assed apologized for dropping the N-word during a Playboy magazine interview. This is typical narcissistic behavior. When they get called out on their sh*t they give half-assed apologies that are designed to gain sympathy. He doesn't mean a word in his apology, he just thinks that's what you want to hear. Deep down inside he's happy that he managed to attract all this headline grabbing attention that we're giving him.

A commenter on ONTD transcribed John Mayer's rambling apology for those of us who couldn't care less to:

it's been difficult because in my quest to be clever... in the quest to be clever and try to slither out of what i perceived to be constant persecution or somebody trying to pin me, which may or may not ever really be happening, but i think that it is a lot of the time when it's actually not. in the quest to be clever, i completely forgot about the people that i love and that love me. and as i have begun to (???) a whirlpool of selfishness, and greediness and arrogance...and thinking if i just continue to be speedy and witty and pull together as many fast words and phrases as i could, that i would be clever enough to buy myself another day without anybody pinning me down and saying 'you're a creep'. and when i should have just given that up and played the guitar... so i decided i would try to be as clever as possible all the time. and i did that at the expense of people that i love and that feels absolutely terrible. it feels worse than any headline i thought i could get my way out of. and i think it's important that you know that everybody on this stage is here playing with me not because they condone what i say in any interview... they are not on this stage because they support what i said, they're on this stage because they support myself as a possible future grown-up. and maybe they see something that i don't... so maybe i need to take a break from trying to be clever and spend a little time looking at what they see. cause they've done an unbelievable thing standing on this stage and standing by my side tonight. it's just not worth being clever.... i'm out .... just wanna play my guitar ... "

Rihanna looked like a sexy feline during a fan meet & greet where she signed copies of her album 'Rated R' in Seoul, south Korea early this morning while we slept. The cutie wore a leopard print hoodie that probably cost as much as my car note.

END_OF_DOCUMENT_TOKEN_TO_BE_REPLACED

Singer John Mayer stirred up a hornet's nest when he dropped the 'N' word and referred to his penis as a white supremacist in a Playboy magazine interview that reads like a publicity stunt gone wrong. The attention whore apologized on Twitter.com today, saying:

"I am sorry that I used the word. And it's such a shame that I did because the point I was trying to make was in the exact opposite spirit of the word itself."

Mayer added, "It was arrogant of me to think I could intellectualize using it, because I realize that there's no intellectualizing a word that is so emotionally charged." Read More...