Former talk show host Montel Williams has weighed in on the controversy surrounding a viral video that shows four U.S. soldiers in full military uniform relieving themselves on the dead bodies of Muslim Taliban members.

The Taliban, which was ousted from power in Dec. 2001, were responsible for the September 11, 2001 terroristic attacks on U.S. soil.

In a satellite call to TMZ.com this morning, Williams, a retired Naval officer and former Marine, said stress from a “heavy workload” might help explain the soldiers’ behavior.

Williams said the stress on soldiers currently serving in the armed forces could be alleviated if President Obama reinstated mandatory military enlistment.

“The stresses must be getting to the point that it caused some of this … why don’t we spread out that stress and start making more people put on the uniform and defend this democracy?”

Williams claims only .25% of the U.S. population is serving in the military … and says, “Maybe it’s about time that this country wake up and understand that we can’t put the pressure of defending our democracy on less than .25% of this entire population.” Source

Watch the graphic video after the break (NOT SAFE FOR WORK).

Monica Headlines Battle of the Bands 2012

Chris Brown’s girlfriend clowns Rihanna: ‘Why you no have boyfriend?’ 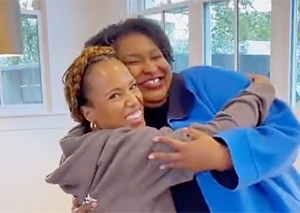