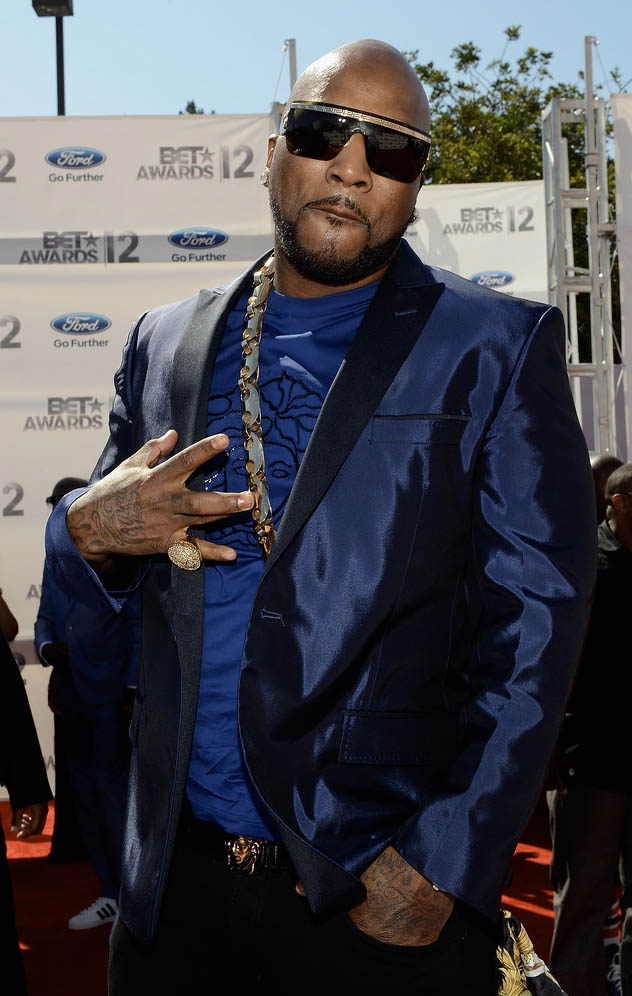 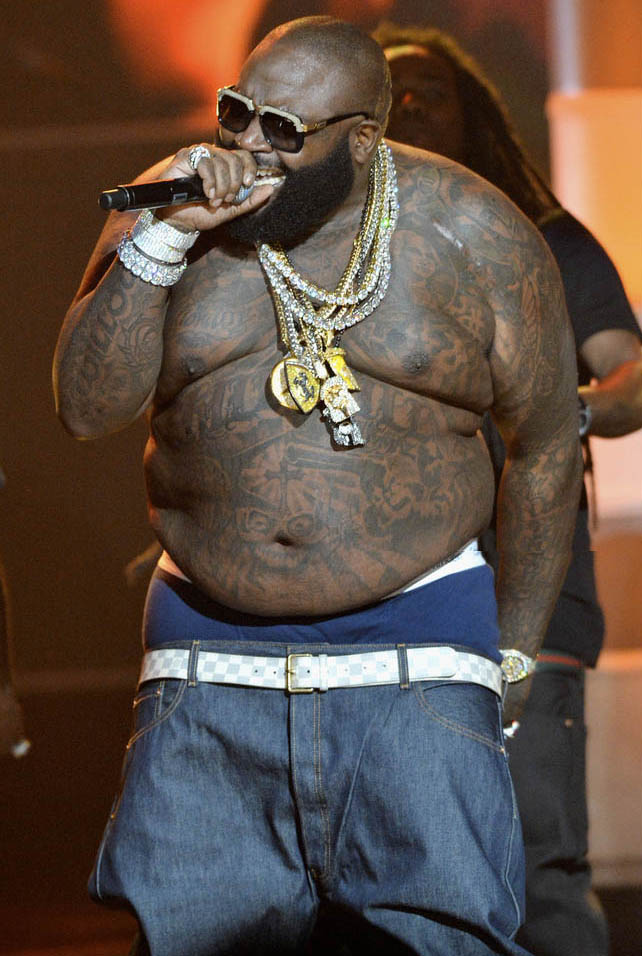 Rappers Young Jeezy and Rick Ross, who both own homes in Atlanta, got into a shoving match backstage at the 2012 BET Hip Hop Awards, according to sources who witnessed the wild encounter.

Witnesses say the BET staff didn't clear the hallway fast enough after Ross got off the stage, which resulted in a bottleneck of Jeezy's people and Ross's entourage near both men's dressing rooms backstage.

The hallway was already crowded with male and female groupies when both entourages converged in the hallway and words were exchanged between Jeezy and Ross.

A brief shoving match ensued and members of both entourages then ran to their vehicles in the parking lot of the Boisfieuillet Jones Civic Center in Atlanta. Shots were fired in the parking lot but no injuries were reported and no arrests were made.