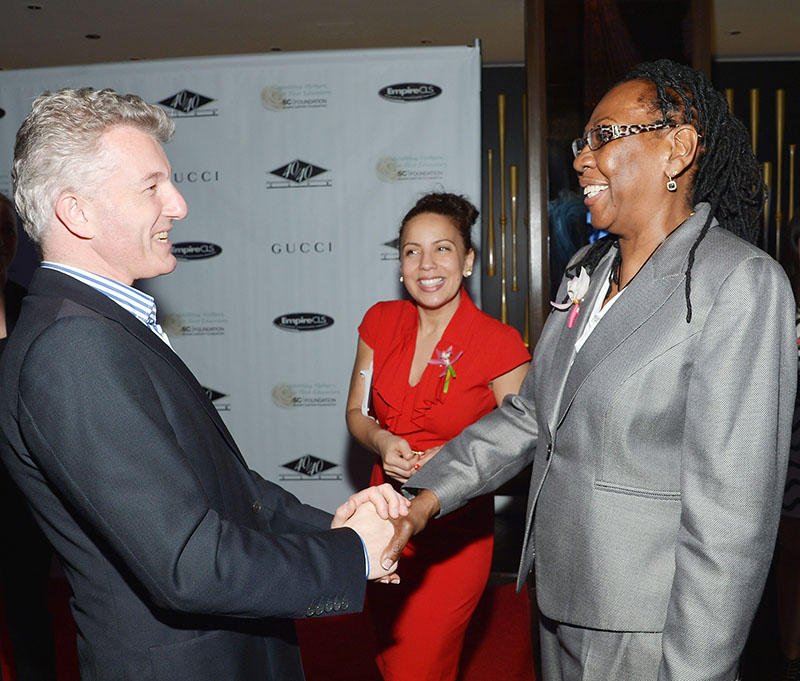 It's no secret that rap mogul Shawn "Jay Z" Carter's mother, Gloria Carter, is a butch lesbian. But until now it wasn't clear who Jay Z's other mother was.

According to the blogs, Jay Z's mother is booed up with a sexy Latina named Dania Diaz. And just to make sure her kitty cat never strays, Ms. Carter, who runs Jay Z's Shawn Carter Foundation, gave the former NY school teacher a lofty position as Executor of the foundation's scholarship fund.

Jay Z angrily countered allegations that he looked the other way when Barneys NY was accused of racially profiling young black shoppers. He claims 25% of sales of his collaboration with Barneys goes straight to his foundation or straight into his mother's coffers.

Another gossip blogs is making disturbing allegations that Gloria Carter and her lover may be diverting funds into pro-gay/LGBT causes in the NY area.

"We've learned the numbers haven't been adding up for sometime now, over at Jay's Miami-based Shawn Carter Scholarship Foundation," writes HSK blog, who cited another source who claims only a fraction of the monies donated to Jay Z's foundation actually goes to scholarships for inner city youths.