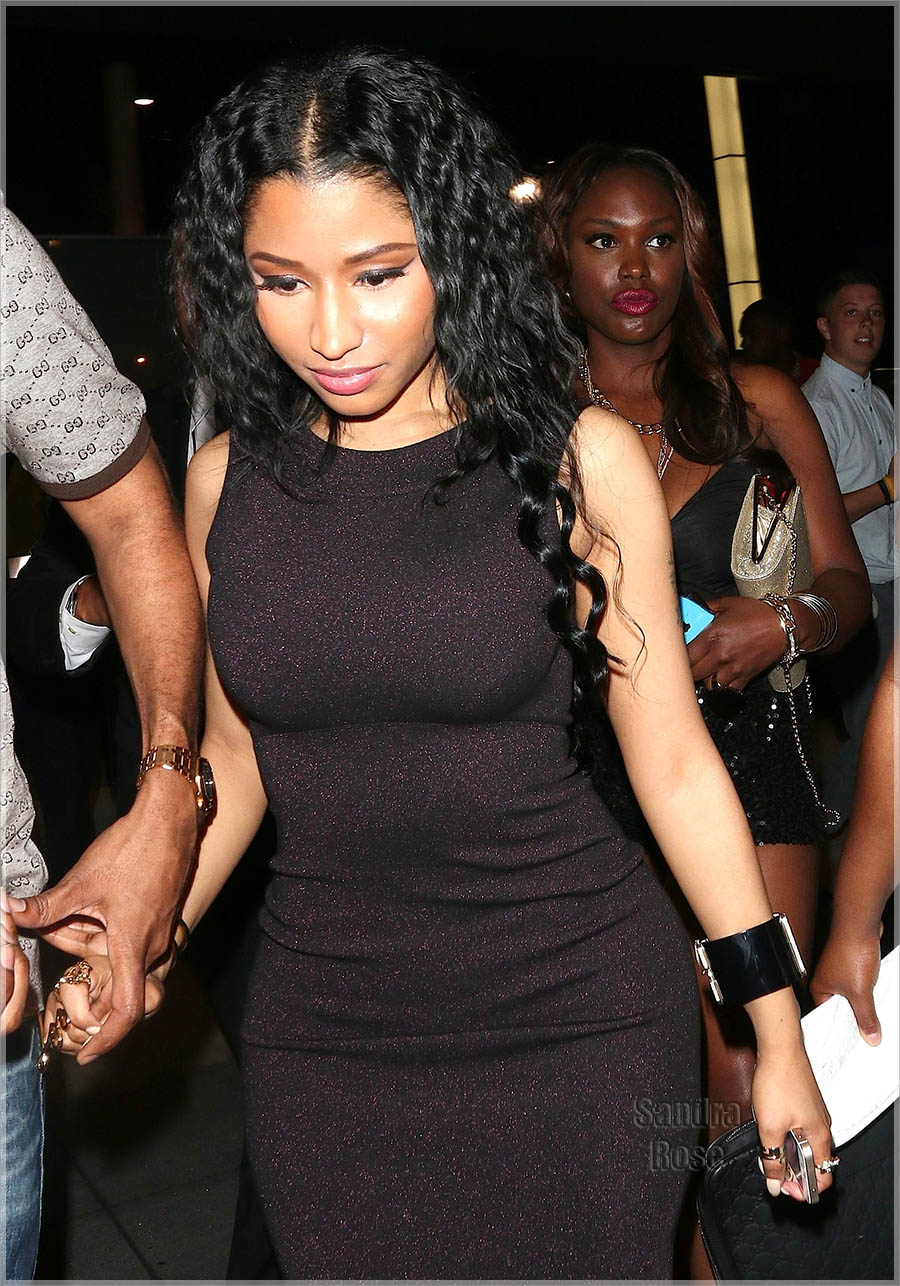 During her acceptance speech, Minaj made it clear that she is the realest there ever was -- not Azalea, who doesn't even write her own rhymes -- a felony in the world of hip hop.

“You guys this is always very, very emotional for me because this is my fifth year winning this award, and I don’t take it for granted,” Minaj said. “I really don’t. I thank God that I’ve been placed in a position to represent women in a culture that is so male driven. And I want you to know this. I’m working on an album called the ‘Pink Print,’ but that’s not a plug... but it’s a plug. But my point is, what I want the world to know about Nicki Minaj is when you hear Nicki Minaj spit, Nicki Minaj wrote it.”

She said she thought she was going to die during her latest panic attack, but she didn't call an ambulance because she was afraid she would end up on all the gossip blogs.

The best Tweets from my Twitter.com timeline are compiled below.

@SandraRose So, you mean to tell me that a white chick named Iggy is the queen of Hip Hop ? (meme) pic.twitter.com/CYBBpO7SBM #IggyAzalea

My eyelids are struggling over here. I'm so sheepy. #BETAwards

Go 'head Lil Mama! @TinyMajorMama is killing 'em at the red carpet at the #BETAwards pic.twitter.com/iEVuWOMc1N

August made up with his boyfriend? (Trey Songz)

RT @106th: Trey is another one I don't buy vocally. A damn romantic goat.

Nah. This Lionel. We don't slander him. RT @TaskForceLauren: HE LOOK LIKE DORA DAD pic.twitter.com/4YKjq6YdVk

This audience looks like they're thinking, "turn up for what?" #BETAwards

http://t.co/BfohOSQw0h << here's the gif of trey and that thang bruh @Hi_Sita

That gif @missjia tweeted of Trey Songz dick swinging has all the women on her TL like pic.twitter.com/0uLaGYBtGX

LMAOOOO women are a mess RT @Hi_Sita: Trey Songz dick got me like.... (Thanks @missjia) pic.twitter.com/lzf6nPNnFI

One of those things are using the other "@SandraRose: One of these things is not like the other pic.twitter.com/c9UGRbrb8F"

Nicki Minaj is becoming the Lady Gaga of BET. Lol

I am glad that Nicki left her cartoon wigs and makeup at home tho. Growing up or nah? #BETAwards