With the Charleston Church Shooting dominating headlines, many in the news media are tossing around the words ‘sociopath’ and ‘psychopath’ as if they are interchangeable. But there are distinct differences between the two personalities that sets them apart from each other.

There is a common belief among the psychiatric community that psychopaths are born, while sociopaths (narcissists) are created by their environment after birth.

While symptoms for both disorders may manifest at an early age, most doctors diagnose sociopaths and psychopaths when they are in their teens.

Psychopaths are more dangerous than sociopaths because they can detach themselves emotionally when committing crimes.

• Abuse animals at an early age
• Start fires at an early age
• Have difficulty establishing and maintaining relationships in school
• Tend to be loners
• Tend to be smarter than sociopaths
• As children they are emotionally vacant with a flat affect (blank facial expression)
• Do not feel guilt, empathy, remorse or compassion
• Lacks emotion
• As adults they learn to be charming and likable in order to exploit others
• Mistrusts others
• Very manipulative
• Tend to hold down jobs longer than sociopaths because they can focus longer on tasks
• When they do commit crimes, they are harder to catch because they leave less clues
• Cool, calm and meticulous during the commission of a crime
• Psychopaths can go out and commit serial murders then go home to their wives and kids
• Plans every detail of their crimes
• When psychopaths are caught, they rarely confess
• Psychopaths are rarely caught because their few friends and families never suspect them

• More emotionally labile with frequent outbursts as children
• Emotionally unstable as children
• Throw tantrums, cry, scream to get attention as children
• Nervous and more easily agitated
• Forms shallow, artificial relationships in order to exploit others
• Shows signs of depression as children
• Lack guilt, empathy, remorse or compassion
• More outgoing than psychopaths
• Extremely manipulative
• Very self-centered
• Grandiose, histrionic
• Pervasive need for admiration and attention
• Likes to be on display
• Very active on social media
• Tend to be obsessive compulsive
• Tend to be cutters as children and teens
• Tend to come from single parent broken homes
• If a father is in the home, he is emasculated by a dominant wife
• Forms attachments to others easier than psychopaths
• Have difficulty maintaining longterm relationships
• Are less educated than psychopaths
• Unable to hold down steady jobs due to their emotional instabilities
• When they do commit crimes, the crime scene is often messy
• Easily caught because they leave lots of clues
• Easily caught because they brag to friends who turn them in
• Can be violent but less so than psychopaths

Famous sociopaths in history include:

Chris Brown is Raising a Narcissist 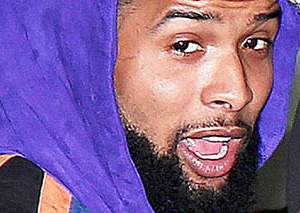