Earlier this week, Twitter users criticized Tariq Nasheed for posting a viral video of a Holiday Inn employee being berated by a customer.

The employee, Caleb. C., is seen beating himself up after a customer berated him over a reservation error.

Caleb later wrote a Reddit post explaining that he suffered from bipolar disorder and schizoaffective disorder. He also revealed he was in a same-sex relationship.

Studies over the years have revealed a strong link between homosexuality and autism.

One recent online survey of 309 individuals diagnosed with Autism Spectrum Disorder (ASD) reveled nearly 70% of the respondents were LGBT+.

Caleb didn't include autism syndrome as one of his mental disorders. However, most homosexuals with high functioning autism are never diagnosed.

Why is the link between homosexuality and autism important?

The link is important because Caleb should have been at home collecting disability payments rather than working the night shift where he is subjected to abuse.

In 1973, the American Psychiatric Association (ASA) voted to remove homosexuality from its list of mental illnesses. As a result, people like Caleb, who are autistic and suffer from other mental disorders, can't apply for disability payments.

Most people who viewed the video of Caleb's meltdown agree that he shouldn't have been working a front desk job -- even though he was working the overnight shift.

He beat himself up -- first with his fist and then with a computer monitor -- because lacked the coping skills to withstand the harassment from the customer.

A GofundMe account created for Caleb has raised $130,000. But it's clear that he can't work a public-facing job again.

If you are LGBT+ and have ever wondered "Am I autistic?", the following signs and symptoms may apply to you:

4. Drawn to repetitive actions or behaviors

5. Easily upset when told to stop a task in the middle

6. Can't handle even a minor change

7. Prefer to be alone

8. Common phrases confuse you ("No man is an island")

10. You repeat words or phrases during conversations

13. Have a tough time interacting with others

15. You sometimes stare without realizing it (someone tells you you're staring)

A Louisville judge sparked outrage after she dismissed the case of a mentally deranged man who raped an 8-year-old girl and crushed her skull with a shovel.

Jefferson Circuit Court Judge Annie O’Connell, who also presided over the Breonna Taylor case, ruled that Cane Madden was mentally incompetent to stand trial after he raped a child who was playing outside her home in a majority black community in 2019.

On March 11, O'Connell dismissed Madden's rape case citing a Kentucky state law that says a defendant can only be held or hospitalized against their will if he can benefit from treatment, WDRB reports.

Madden was arrested and briefly hospitalized multiple times in the past. He walked free every time.

On Monday, March 22, members of the Kentucky House of Representatives voted unanimously to close the loophole in the law.

The obscure loophole had allowed the criminally insane to repeatedly walk free because they hadn't met Kentucky's criteria for involuntary hospitalization.

Madden has a history of mental illness, including a borderline personality, poor impulse control and conduct disorder.

In a previous rape case in 2017, Madden bit off parts of the victim's face, but was released back into the community. Judge O'Connell also presided over that case.

Doctors have identified a temporary psychotic disorder, Corona Psychosis, brought on by the stress, tension, social isolation and fear of catching the coronavirus.

According to Psychiatric Times, doctors have noticed a new trend in temporary psychosis and mental breakdowns related to the stress of catching the coronavirus.

People are afraid of contracting and transmitting the virus, doctors say.

Healthcare workers on the front lines seem to be most susceptible to the stress of the uncertainty and loss of control due to the coronavirus pandemic.

But lay people are also suffering temporary psychotic episodes caused by the stress of potentially catching the virus.

Symptoms of temporary psychosis are seen in people with no history of mental disorders or psychosis.

An Oklahoma woman shot up a McDonald's on May 6 - injuring four workers - after she was told she couldn't eat inside the dining area because it was closed due to Covid-19. The restaurant was only open for drive thru orders.

Last month an NFL star was nearly killed when his wife caught him cheating with a woman during the lockdown in Austin, Texas.

And earlier this week, a woman, her husband and adult son were arrested and charged with murder in the shooting death of a security guard at a Family Dollar store in Flint, Michigan.

If you are suffering from mental health problems, including depression, anxiety, post-traumatic stress disorder (PTSD), call the National Mental Health Hotline at 1-800-662-HELP (4357).

Dwyane Wade and Gabrielle Union sought advice from the cast of hit FX television series POSE when Wade's 12-year-old son, Zion, told them he wanted to be known as "Zaya" and use feminine pronouns.

During a guest appearance on The Ellen Degeneres Show, that will air on Tuesday, Wade said his son, "came home and said, 'Hey, so I want to talk to you guys. I think going forward, I'm ready to live my truth. And I want to be referenced as 'she' and 'her'. I'd love for you guys to call me Zaya'.

The retired NBA player told Ellen DeGeneres that his wife, actress Gabrielle Union, 47, turned to the cast of POSE for advice on dealing with a child who suffers from a gender disorder.

"That was our job to go out and get information, to reach out to every [LGBT+] relationship we have," Wade said. "My wife reached out to everybody on the cast of Pose. We just tried to figure out as much information as we (could) to make sure we give our child the best opportunity to be her best self."

POSE, about New York City's Black and Latino LGBT+ and gender-nonconforming ballroom culture scene in the 1980s, is a cast of cross-dressing and non-binary actors.

Wade insisted neither he or his wife ever questioned Zaya's decision to come out, adding: "Once Zion came home and said, 'Call me Zaya,' and was ready to take on this, I looked at her and said, 'You are a leader. It's our opportunity to allow you to be a voice.'

"Right now it's through us, because she's 12 years old, but eventually it will be through her."

Wade, 38, shares 16-month-old daughter Kaavia James Union Wade with Union. He also has a son, Zaire, 16, with his first wife Siovaughn Funches; and a love child, Xavier, 6, with a fan, Aja Metoyer, 36.

R&B singer Summer Walker announced the cancelation of her tour after fans complained that she refused to hug them during meet and greets.

Summer is best known for her single "Girls Need Love" off her critically acclaimed debut album Last Day of Summer, released in 2018.

Summer's personal issues, including social anxiety disorder, prevent her from coping with the stress of her newfound stardom.

On Sunday, Nov. 10, she wrote an Instagram post explaining why she declined to hug her fans who purchased expensive meet & greet VIP passes after her concerts.

"I'm an empath, and that transference of energy from that many people each day would literally KILL me," she wrote.

"y'all may not understand what I'm talking about but for example... there's a lot of people out here faking the funk with a smile on their face like they got it together but inside your actually suffering from some sort of traumatic experience, a loss, depressed, fearful, envious or whatever the case may be BUT I CAN FEEL IT. So I ask you please respect my space in those moments".

In another post announcing the cancellation of her tour, Summer wrote:

"I truly appreciate all the support and love. As you know, I have been very open about my struggle with social anxiety. I want to continue to be healthy and to make music for y'all, so I have decided to cut down some of the dates on the tour. I hope you all can understand. I'm grateful for every single one of you, and I hope that you understand that wellness/mental health is important. All cancelled dates will be refunded asap. Thank you."

Sufferers avoid social situations due to an irrational fear that something bad will happen to them. Signs and symptoms of social anxiety disorder includes palpitations (a racing heart), panic attacks, trembling, crying, vomiting, weakness, and sweating.

I just want to say to all the fans who purchase meet & greets I really APPRECIATE y’all taking the extra time to meet me and share your stories. I tell everyone individually “thank you”, I spread love, we laugh & I give genuine compliments? now for those who’re upset b/c I don’t give hugs idk what to tell you...I’m an empath, and that transference of energy from that many people each day would literally KILL me.. y’all may not understand what I’m talking about but for example... there’s a lot of people out here faking the funk with a smile on their face like they got it together but inside your actually suffering from some sort of traumatic experience, a loss, depressed, fearful, envious or whatever the case may be BUT I CAN FEEL IT. So I ask you please respect my space in those moments ?

I truly appreciate all the support and love. As you know, I have been very open about my struggle with social anxiety. I want to continue to be healthy and to make music for y'all, so I have decided to cut down some of the dates on the tour. I hope you all can understand. I'm grateful for every single one of you, and I hope that you understand that wellness/mental health is important. All cancelled dates will be refunded asap. Thank you. ??? Remaining Dates I’m playing: Nov 12 San Francisco Nov 25 Toronto Nov 26 Chicago Nov 27 Royal Oak Dec 2 Boston Dec 5 Philadelphia Dec 7 NYC Dec 8 NYC Dec 22 ATL 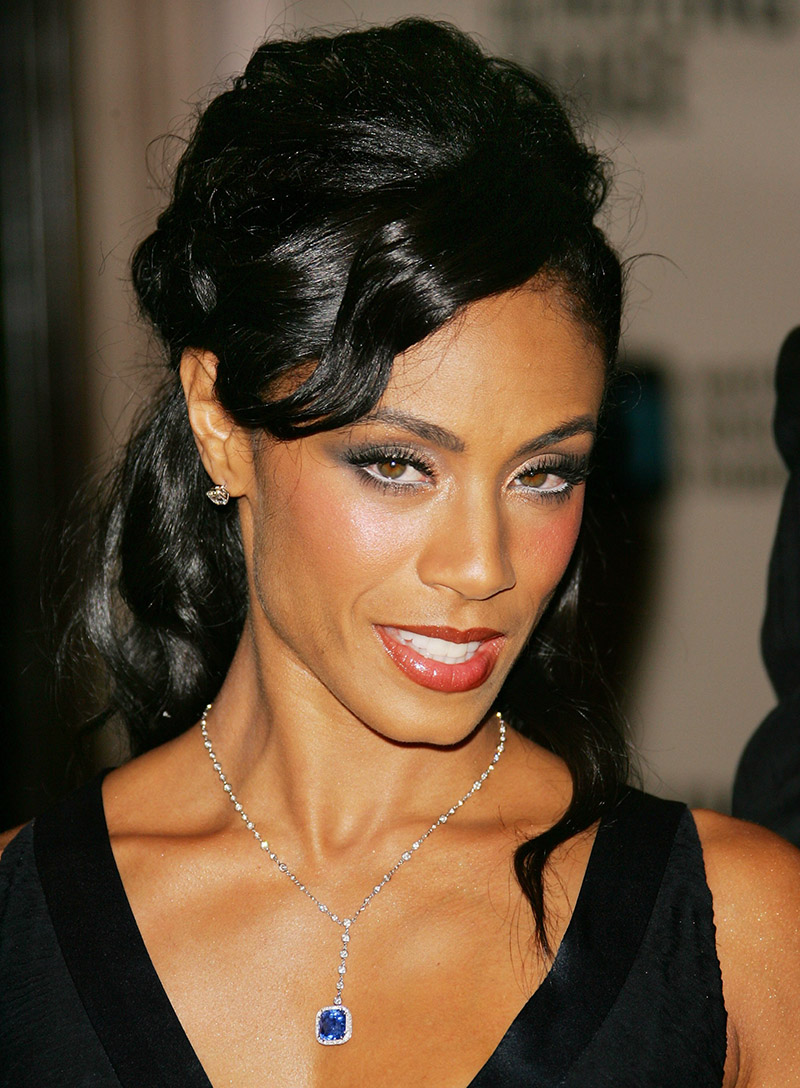 END_OF_DOCUMENT_TOKEN_TO_BE_REPLACED

Cardi B's brief run as a top pop/rapper is apparently over. The outspoken Bronx rapper angered social media users when she admitted to drugging and robbing men in hotel rooms during her days as a stripper.