The first-time filmmaker debuted his racial horror film Get Out at a “surprise midnight screening” at this year’s Sundance Film Festival.

Get Out is about a black man (Daniel Kaluuya) whose white girlfriend (Allison Williams) invites him to visit her “liberal” parents for the weekend. The catch is she didn’t tell her parents her boyfriend’s race.

Peele, who sounds paranoid, says the psychological manipulation between the movie’s main character and Catherine Keener reminds him of President Donald Trump and how he supposedly manipulates the minds of Americans.

These are manipulations that we’ve seen work before to very disastrous consequences—the manipulation of fear, the gaslighting, and, quite frankly, the bold-faced lying. At the center of this movie is the fear that someone is pulling the wool over your eyes, and the question is: How deep does the pit go? How bad is it? But you’re absolutely right with the projection. I noticed that, too. Sometimes, when Trump brings something up out of thin air, it really makes me question him. There was one point where, out of nowhere, he said, “I want to take a drug test with Hillary. I’ll pass a drug test, she won’t.” Literally no one was ever talking about this, and it was such a bizarre thing. I know he supposedly doesn’t do anything, but that raised the question in my head of: Does this guy do drugs? Why would he even talk about this? 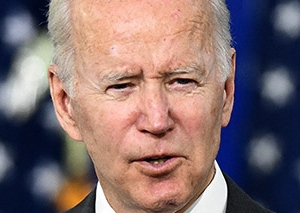